Meanwhile, Elsewhere in the Teacher Uprising... 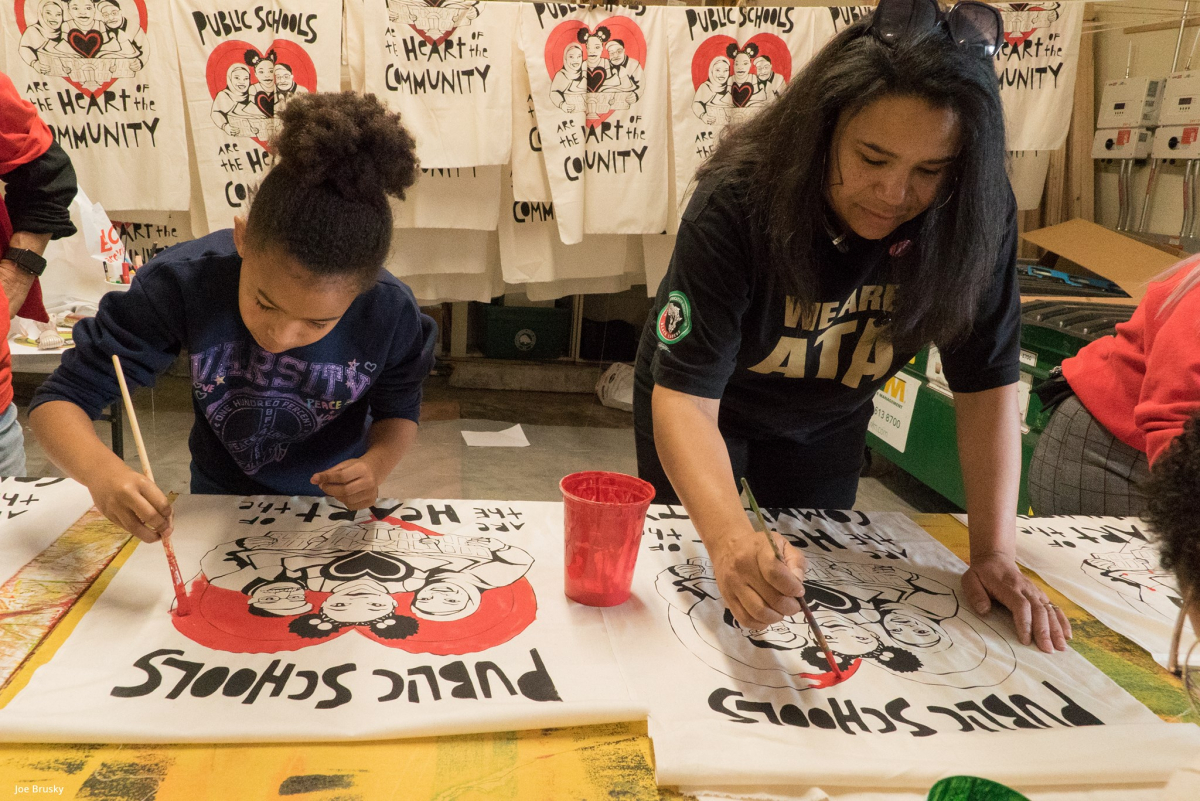 As the L.A. teacher strike wrapped up, walkouts were brewing in Oakland, Denver, and Chicago. Photo: Oakland Education Association

Their contract expires in June. Meanwhile, fresh off the first charter school strike in history, the union set a February 5 strike date at another Chicago charter network.

Five hundred CTU members in the Acero charter network struck for a week in December, winning smaller classes and salary increases that align them with their counterparts in the Chicago Public Schools. Four schools in the Chicago International Charter School network could be next.

Teachers in Denver, Colorado, voted 93 percent to authorize a strike as they push the district to revamp its pay structure.

The strike date was set for January 28, but the union had to put it on hold days before that deadline after the district asked the state to intervene.

The Denver Classroom Teachers Association is demanding a return to the “steps-and-lanes” system, where salary increases are based on experience and continuing education, rather than the “merit” pay system it accepted in 2007.

The union wants $30 million to raise salaries for 5,635 teachers in the state’s largest district.

Bargaining is required to be public because of a Colorado law pushed by right-wing groups. But the union is using the law in its favor—inviting teachers and community members to pack bargaining sessions and streaming them on social media.

It seems to be working. A poll found the public sides overwhelmingly with the union; 82 percent backed teachers over the school board in negotiations over pay, and 62 percent said they’d support a strike. Support was highest among parents of Denver public school students.

Hundreds of teachers and support staff from a dozen schools across Oakland held a one-day sickout on January 18 and marched through downtown.

It was the city’s second unauthorized teacher walkout in two months.

A few days earlier, 3,000 Oakland teachers and supporters had rallied in solidarity with Los Angeles teachers and to prepare for a potential strike of their own.

Teachers will be holding strike votes from January 29 to February 1. A strike would most likely take place in mid to late February.

Pay is a key issue for teachers in the East Bay. They’re asking for a 12 percent raise over three years in hopes of reducing turnover. One-quarter of the district’s teachers left last year, often for neighboring districts with higher salaries. The union is also demanding smaller classes and fighting to keep 24 schools from closing.

As in Los Angeles, charter schools in Oakland divert millions of dollars from public schools every year. The Oakland Education Association has been coordinating strategy with United Teachers Los Angeles and other urban teacher locals in California.

West Virginia teachers held walk-ins at schools across the state on the first day of the legislative session. Teachers and school employees last spring struck for nine days and won a 5 percent raise, but defending their public employee health insurance system remains a major issue.

Arizona teachers have also begun holding walk-ins before school as they continue to push for more education funding from the state legislature.