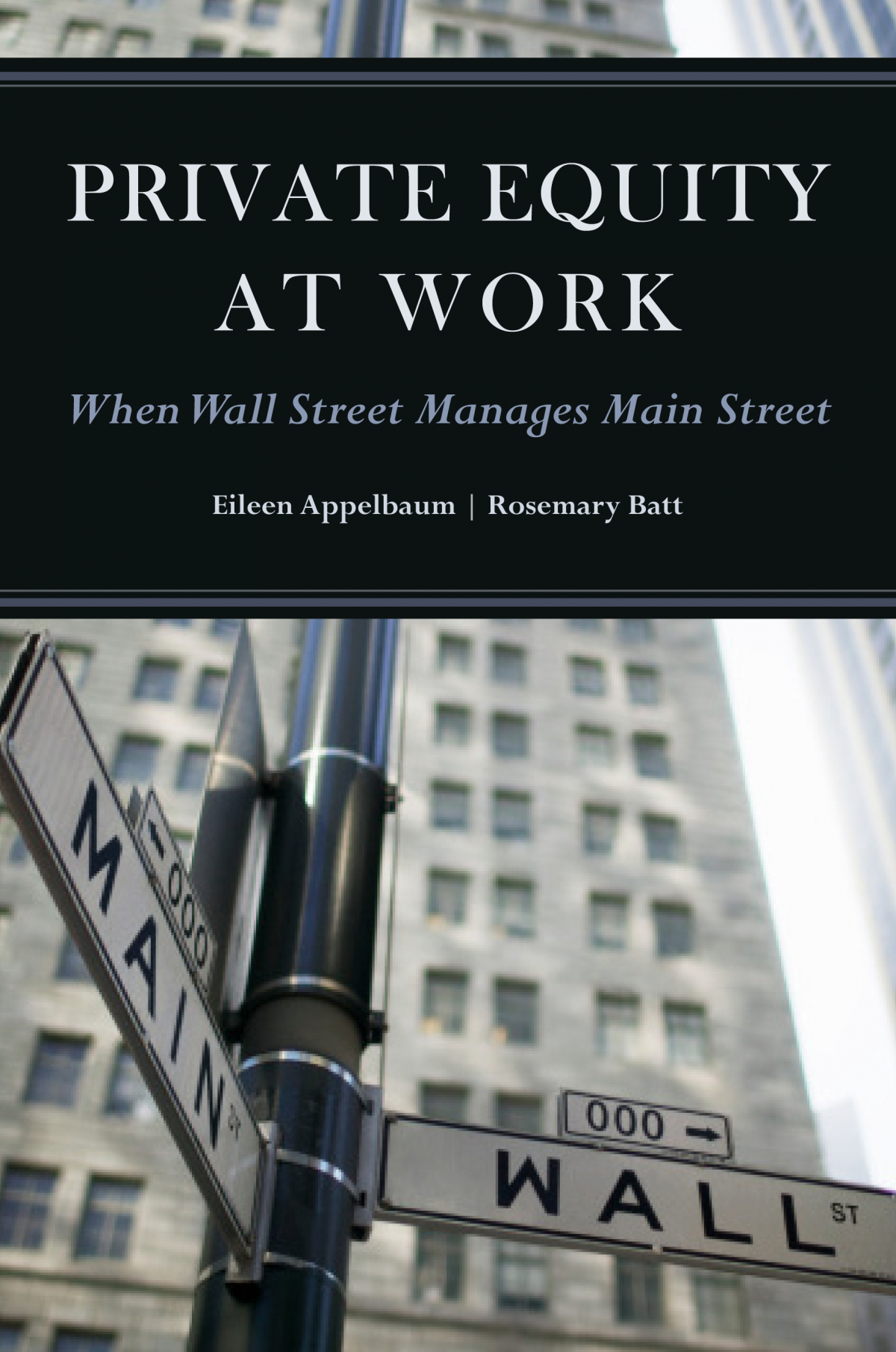 Suppose you owned something without paying for it. Would you treat it worse than if you had paid for it?

According to the informative new book Private Equity at Work: When Wall Street Manages Main Street, when it comes to private equity ownership of companies, the answer is yes. And we’re all worse off because of it.

Private equity firms control more than 17,000 companies and employ more than 7.5 million workers in the U.S. They buy and sell companies in virtually every industry—but they do it with borrowed money.

Sometimes as much as 90 percent of the purchase price is borrowed, meaning the private equity firm puts up only 10 percent. And here’s the kicker: these firms are not even on the hook for the borrowed money. The companies they buy have to pay it back.

That’s a term for the phenomenon where company owners take more risks because, when the company fails, they do not suffer the consequences—everybody else does.

A group of firms led by Sun Capital bought the company in 2004, putting up $400 million and borrowing $800 million for a total purchase price of $1.2 billion.

Almost immediately, the consortium sold the physical stores and had the company lease them back at very high rents. The money from the sale paid off the original loans, and gave the private equity firms their original money back in the form of a dividend. Then they had Mervyn’s take out another $400 million loan—to pay themselves another dividend.

This additional debt and the high rents made it difficult for Mervyn’s to make a profit, so the company cut jobs and tried to delay payments to vendors. Understaffing and bad relations with suppliers hurt operations, which led to poor sales.

In 2008, burdened by massive debt and rents and buffeted by the recession, the company filed for bankruptcy.

Over the four years of private equity ownership, more than 250 stores closed and 30,000 people lost their jobs. But the firms and their investors made hundreds of millions of dollars.

Appelbaum and Batt offer a balanced view. They note that in some cases, particularly with smaller and medium-sized companies, private equity firms can provide needed investment and management expertise to turn companies around, or to help them grow.

For instance, while noting there were job losses, they point favorably to Wilbur Ross’s investments to turn around several steel companies, and his negotiations with the United Steelworkers. Unlike many other private equity bosses, Ross was willing to work with the USW to keep the plants open, albeit with major concessions from the workers. They also highlight the USW’s and United Auto Workers’ negotiations with the private equity owner of auto-parts supplier Dana Corporation as relatively positive examples.

But they make clear that these experiences are the exception, rather than the rule. What private equity firms more often do is what they did at Mervyn’s: asset stripping and financial engineering, with harmful results.

One of the cruel ironies of private equity is that pension funds—the deferred wages of workers—provide more than one-third of the money private equity puts up to buy companies.

There have been numerous cases of private equity-owned companies trying to slash the very pension funds that invest with them. To fight this, on several occasions, pension fund trustees threatened to stop investing with these firms. It worked: the firms agreed to tell their portfolio companies to back down from pension-cutting efforts.

To make matters worse, the average investment returns from private equity are no better than investing in the stock market—and the risk is much greater. One reason returns are low is that private equity firms charge very high fees to their investors.

Still, many pension funds are so desperate for dollars that they continue to pour money into private equity, hoping to be among the few jackpot winners.

Appelbaum and Batt have several policy suggestions to curb the excesses of private equity.

First, private equity earnings should be taxed as normal income, which carries a higher rate than investment income. This seems only fair, since the firms use other people’s money when they buy companies, and two-thirds of their income comes from fees, not investment returns.

Second, limits should be placed on the use of debt to finance purchasing a company. This could be done by setting caps through legislation (the strongest method), by making interest payments no longer tax-deductible (next-best), or by requiring private equity firms to explain to investors what they believe are the risks of debt financing (weakest).

Third, private equity firms should be required to disclose much more information about their operations—similar to what publicly traded companies are required to do.

Fourth, when they buy a company, the partners in private equity firms should be required to sign an agreement relinquishing limited liability protections and allowing them to be sued personally for the negative outcomes to workers, pension funds, and other unsecured creditors at the companies they purchase.

Fifth, private equity firms should be barred from paying themselves dividends in the first two years of ownership, and the tax on dividends should be raised.

And finally, companies that lay off workers should be required to pay severance linked to their years of service.

But It Can Be Beaten

Of course, the private equity industry has a powerful lobby, so none of these policy suggestions is likely to be implemented, unless people mobilize in a giant way. But that doesn’t mean workers are helpless.

After 19 months, they got the anti-union CEO fired, beat back the concessions, and won a decent contract. Labor relations were good for seven years, though the company filed for bankruptcy in 2013 and shut operations in 2014.

The Teamsters also mobilized over the course of several years to win better contracts, save several hundred jobs, and organize additional workers at US Foods after it was bought by private equity firms in 2007—though the union did not win every fight, and some jobs were lost. Tactics included workers getting customers to sign petitions to keep particular warehouses open and holding sympathy strikes when the company fired a rank-and-file leader.

With such examples, this book helps labor activists understand private equity—and prepare to take it on.

Eric Blair is the pen name of a union researcher and organizer.

Related
Review: How Workers Can Safeguard Pensions »
Employers Are Using the Crisis to Push Concessions They Don't Need »
Striking Alabama Miners Call Out NYC Hedge Funds for Bringing in Scabs »
Striking ATI Steelworkers Hold the Line for Premium-Free Health Insurance »
No One Else Was Going To, So These Teamsters Saved Their Own Pensions »