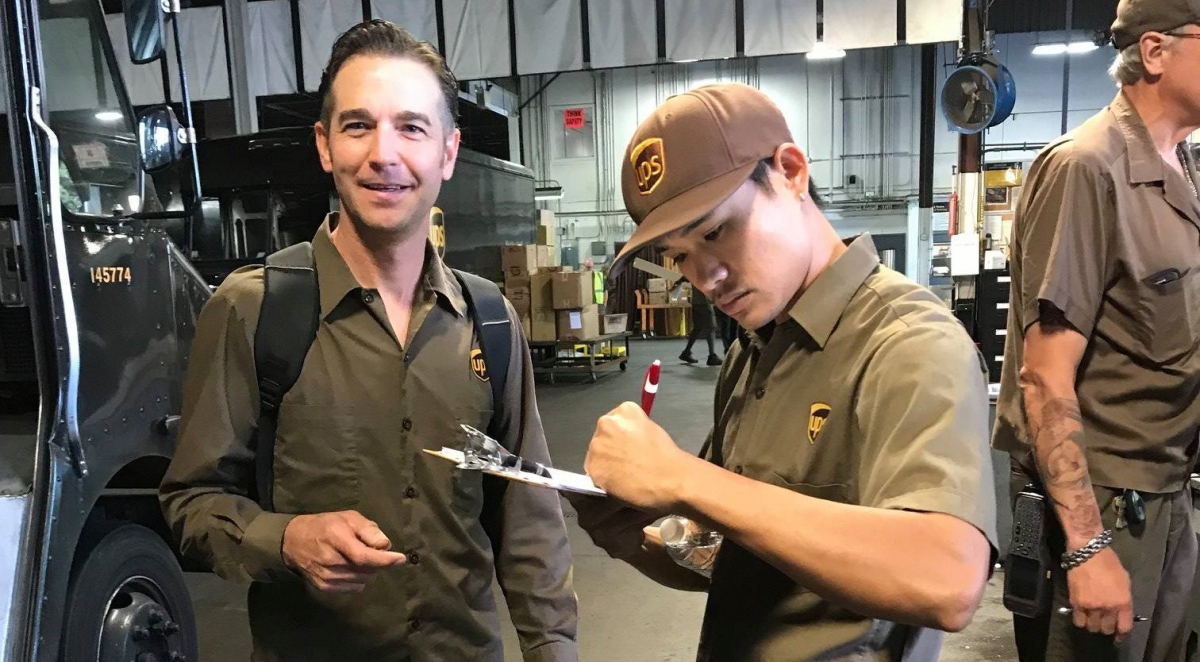 After Teamsters around the country rejected a tentative agreement with UPS last week and the union declared it ratified anyway, members are circulating a petition demanding that their negotiators return to the table. Meanwhile Local 705 is upping the ante in a separate pact covering 8,500 Chicago-area UPS workers. Photo: Teamsters Joint Council 10

If UPS keeps stonewalling in upcoming bargaining, members of Chicago-area Teamsters Local 705 will take a strike vote in early November, for a possible walkout the week after Thanksgiving. That’s peak season at UPS.

There’s one bargaining session left, October 25-26, and Bernt said the union is approaching it in good faith.

“But if the company continues doing what they did in negotiations the last times we met, which was basically just stall and do nothing, that’s the direction we’re going to move,” he said. “We’ll actually try to use our leverage, unlike the IBT.”

Getting as far as a strike vote doesn’t necessarily mean a strike is likely. Chicago UPSers authorized a strike in 2008, but didn’t walk out.

To get UPS off the dime, Local 705 would need to show that members are ready to act on the threat. A general membership meeting is set for October 21.

Labor Notes has reached out to Campos for comment and will update this story when we hear back.

Local 705 represents 8,500 Chicago-area UPS workers. They have their own contract—that is, they’re not included in the national master agreement that covers 243,000 UPS Teamsters.

This means Chicago Teamsters could push for different terms with UPS—though in the past, aside from a unique grievance procedure, the local contract has tended to follow the national pattern on most major issues.

What the company has proposed so far is similar to the national tentative agreement, Bernt said. Among the sticking points is UPS’s demand for a lower-paid second tier of delivery drivers. “We’re not interested in that,” he said.

Local 705 also wants a $15-an-hour starting rate for part-timers, along with catch-up raises for existing part-timers. “That’s another issue we’re going to take a stand on,” Bernt said. “We’re not going to put up with this $13 crap.”

The Chicago union is also pushing to improve health care, especially for retirees, and to increase pensions substantially.

The Chicago and national agreements with UPS both expired July 31. Since then Local 705’s contract with UPS has been extended.

If the bargaining goes poorly, the union would rescind the extension, which would allow it to strike 30 days later.

The national tentative agreement is in limbo after UPSers voted it down, 54 to 46 percent. Package Division Director Denis Taylor announced that he considers the pact ratified under a constitutional loophole, but also that he plans to return to the table with the company.

UPS workers around the country had organized a grassroots vote-no movement, backed by Teamsters for a Democratic Union. The biggest complaints included the new low-paid tier of drivers, the inadequate raises for part-timers, and that the deal did nothing substantial to address workers’ other big concerns: excessive forced overtime, technological surveillance, and harassment by supervisors.

TIME TO GET REAL

The last time Local 705 UPSers walked out was in the great national UPS strike of 1997. (The strike lasted two extra days in Chicago.)

This year, Teamsters around the country voted in June to authorize a strike, but union brass took no steps to mount a serious strike threat against the company. Instead the possibility was used as a bludgeon against members; the union deluged UPSers with mailers warning that voting “no” would mean “you run the risk of a work stoppage without further review by the members.”

UPS is forecasting $6 billion in profit this year.

“We’re sending them the message that it’s time to negotiate the real issues,” Bernt said. “The members know that UPS is making a lot of money, and they want to get what’s owed them.”

Alexandra Bradbury is the editor of Labor Notes.al@labornotes.org
Related
Frustrated Over Contract, Locomotive Engineers Vote to Oust President »
Every Union Contract Right Now Should Be the Best Ever »
New Leadership, New Direction in Major Midwest Teamsters Local »
Ahead of Halloween, Sysco Teamsters Give Corporate Ghouls the Heebie-Jeebies »
UPS Says No to Air Conditioning, But Here’s a Surveillance Camera »