Viewpoint: We Must Prepare to Strike UPS in 2023 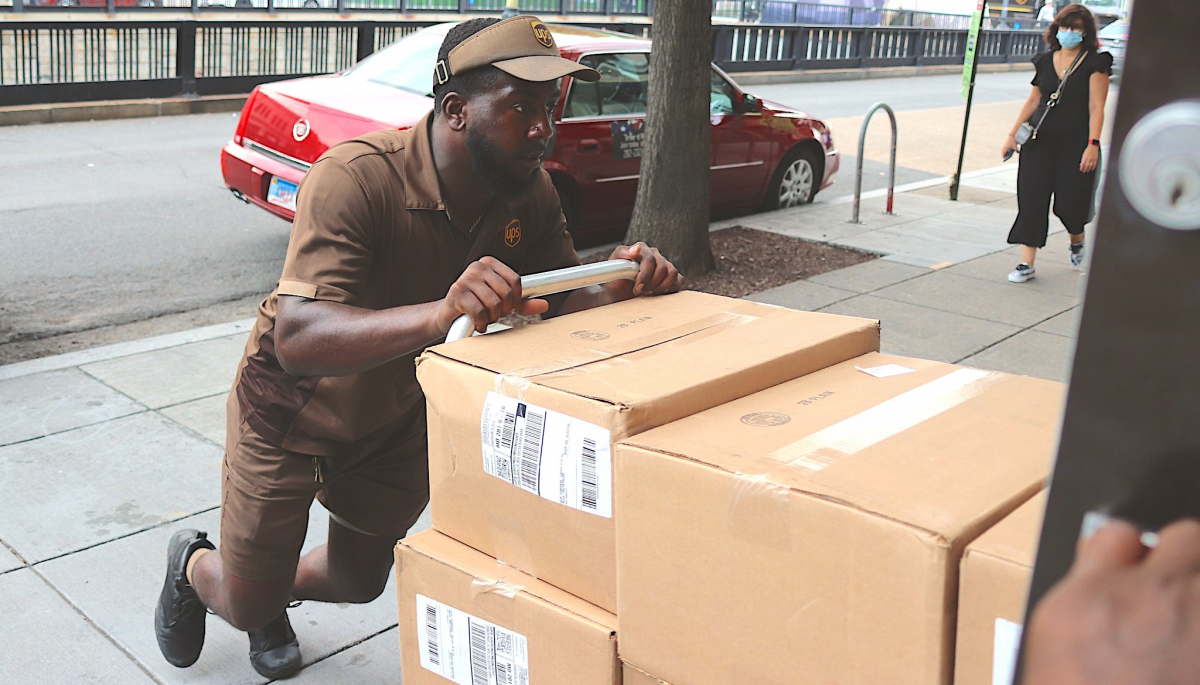 The contract covering over 250,000 UPS workers expires in 2023. A serious fightback by Teamsters there could engage the entire country and provide the platform to reinvigorate the labor movement. Photo: Elvert Barnes, CC BY-SA 2.0.

The year 2023, when the UPS contract expires, seems like a long way off—but in the complex world of contract negotiation, it’s just around the corner.

In the 24 years since the 1997 strike, UPS has become the poster child for corporate greed—demanding more and more from its employees in a quest for profits. And rather than reward those employees, the gains go into the pockets of shareholders and management.

The company reported $4.79 billion in profit in just the last quarter. This has been accomplished by increasing productivity demands and hours of work to the detriment of our safety, health, and family life.

In the Teamsters, the regime change of 1998 gave us two decades of corporate appeasement. Contract after contract was negotiated with minuscule improvements or even givebacks, culminating in a 2018 contract featuring two-tier wages and subcontracting, which was implemented despite being voted down by the membership.

Meanwhile “right to work” (for less) continued its spread across the U.S.; so did the endless corporate campaign to convince the public that unions were a relic of the past. Amazon, Uber, and Lyft, along with the continued consolidation of retail under Walmart and Target, accelerated the decline of wages and working-class living standards generally.

Fortunately, there are glimmers of hope. Union teachers and nurses have taken to the streets. Activism has generally increased. Public opinion on unions is more and more favorable, especially as the pandemic demonstrated how we all rely on workers to survive.

In the Teamsters, signs of change have appeared. Regime change is coming in 2021. The “two-thirds rule” that was used to implement the 2018 contract is no more. Rank-and-file members will be on the 2023 UPS contract negotiating committee. Strike benefits will now begin on day one.

The advantages of social media and the gross failure of the 2018 UPS contract have combined to create a new generation of Teamster activists and leaders.

But to really accelerate that pushback, more is needed. What’s missing is a single galvanizing moment—a struggle that spans the nation and can serve as an example for all of labor to follow.

That moment, brothers and sisters, should be the 2023 UPS contract fight. This struggle could engage the entire country, pit the greedy corporation against the abused worker, unite the membership, and provide the platform to reinvigorate the labor movement.

No one ever wants a strike. But given the frustration of UPS Teamsters after two decades of stalled progress, and amid signs of a broader labor pushback, a strike seems necessary for the good of the country.

So the time is now to prepare for what may be inevitable. Start saving your money. Start engaging in your local union. Start talking to your friends and neighbors about what life is like at UPS. Because the odds are good that we will have to take this fight to the streets.

Greg Kerwood is a UPS package car driver and member of Teamsters Local 25 in Boston. A version of this piece was originally published by The Teamster Rebel, teamsterrebel.com.