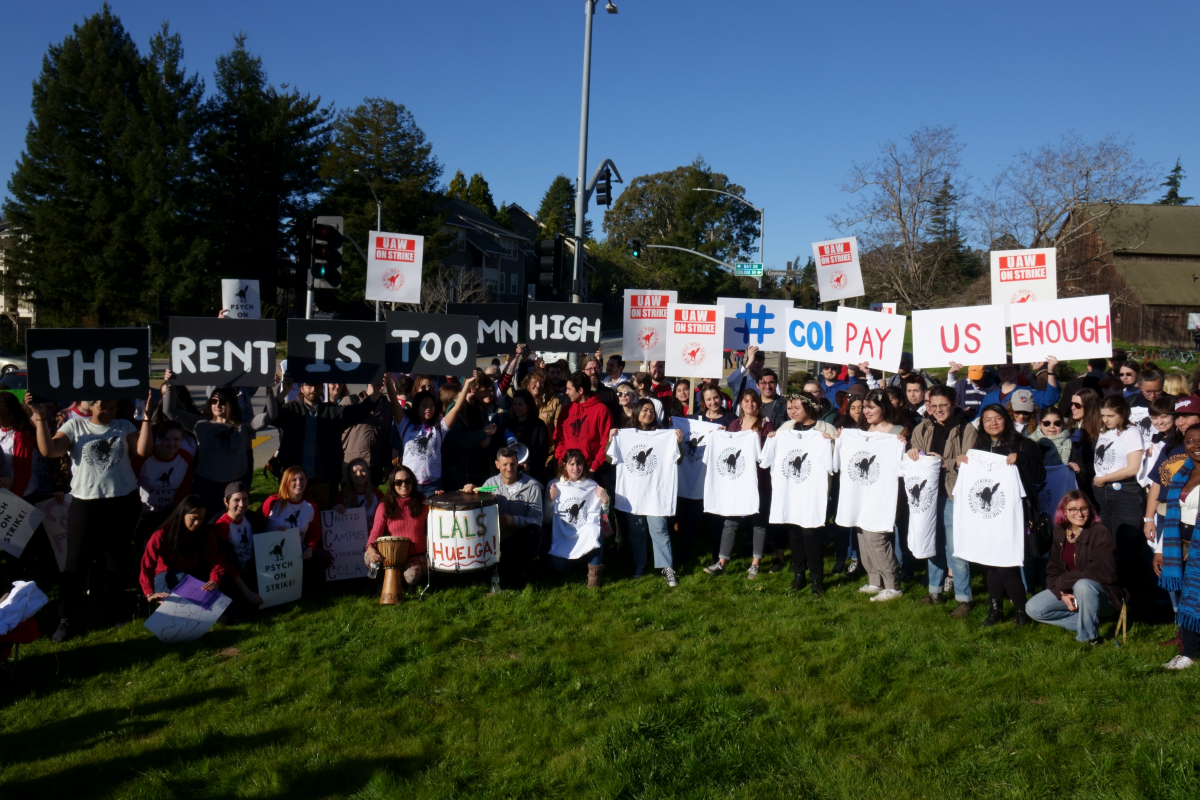 University of California President Janet Napolitano proudly touted her opposition to Trump’s racist immigration policies before he even moved into the Oval Office. Now she’s following in Trump’s footsteps, threatening international students with actions that could lead to their deportation in an attempt to smash a wildcat strike at the university’s Santa Cruz campus.

Graduate student members of UAW Local 2865 at UC-Santa Cruz launched a grading strike in December to demand a cost-of-living adjustment (COLA) to help offset exorbitant housing costs. Today—the first day of the spring semester—that strike escalated into a teaching strike. These actions are happening despite the statewide union having a collective bargaining agreement with the university which prohibits strikes during the life of the contract.

According to activists on the ground, hundreds of student workers and faculty arrived to the picket line early this morning with homemade signs and shirts. Hundreds more arrived throughout the day and participated in large picket lines that blocked the intersections leading into the university, effectively shutting the campus down. Activists also report a heavy police presence with at least one arrest.

In 2016, Napolitano released a series of “principles in support of UC community members” in which she promised that the university “would act upon its deeply held conviction that all members of our community have the right to work, study, and live safely and without fear at all UC locations.”

But now that students are bucking the administration, the tone from the president’s office has changed.

Last week, hundreds of students received written warnings for participating in the grading strike, in which they refused to submit final fall 2019 semester grades for undergraduate students unless the administration began bargaining with them over housing costs.

The letter describes the organized action as “abandonment and sustained willful dereliction” of each workers’ job responsibilities that “has harmed undergraduate students.” The letter also warns that failure to abandon the grading strike “may result in further disciplinary action beyond issuance of this written warning, up to and including suspension without pay, non- reappointment, or dismissal from employment.”

“Management is trying to sow divisions between graduates, undergraduates, and faculty,” said Sintia Issa, an international PhD student in Visual Studies. “They are promoting a culture of scabbing and snitching by asking undergraduates to report the names of both faculty and teaching assistants who cancel classes and honor the picket line and have threatened to dock the wages of faculty who honor the picket.”

Coming on the heels of that letter was another that specifically targeted international students. “Participation in a wildcat strike is not, in itself, a violation of your immigration status,” the letter admitted, but “any actions that result in student discipline or arrest may have immigration consequences, both on your current status and on possible future immigration applications you may make in the United States.”

“I perceive all these threats from the administration as a threat of possible deportation,” said Yulia Gilichinskaya, an international PhD student in film and digital media.

“International student status in this country hangs on one thread: being a full-time student,” explained Gilichinskaya. “With a student visa, we can’t get any other employment other than working on campus and if we lose our campus job, we would have to cover out-of-state tuition, all the fees, and health insurance all out-of-pocket, which would amount to $15,000 a quarter.”

Students who can’t cover these costs due to suspension or dismissal from their job would lose their status as full-time students and have their visa revoked.

“The administration is clearly dangling the threat of discipline and saying that further action endangers our enrollment in order to get us to stop,” said Tony Boardman, an international PhD student in literature. “International and undocumented students have been central to this organizing since it started and have been undertaking really risky activities and we aren’t going to stop anytime soon.”

The University of California is not alone in targeting international students with threats of deportation.

During a graduate student organizing drive at the Washington University in St. Louis, the university produced materials stating that it would contact ICE to deport international students if they went on strike.

Pennsylvania State University went so far as to directly quote ICE in their union-busting materials, writing: “in response to an inquiry from another university on this question, the federal Immigration and Customs Enforcement agency has stated the following: ‘If the student has stopped taking courses or stopped performing research and that is what is required for their program, the student’s record should be terminated immediately and they will have to leave the U.S. as soon as possible.’”

“The clear intention is to intimidate everyone,” said Issa. “But there is strong organizing and consultation happening among the students and everyone knows that together the union is going to fight for all of us.”

Chris Brooks is a staff writer and organizer with Labor Notes.chris@labornotes.org
Related
How My Co-Workers Got Me Reinstated at Amazon's San Bernardino Air Hub »
Non-Compete Agreement Leaves Workers Homeless and Jobless »
Victory Against Polluter Points Way to Clean, Green, and Fully Funded Schools »
Union from The Start (You Don’t Have to Wait) »
Viewpoint: Burgerville Workers’ Lessons for Independent Unions »