Get a Degree at Starbucks 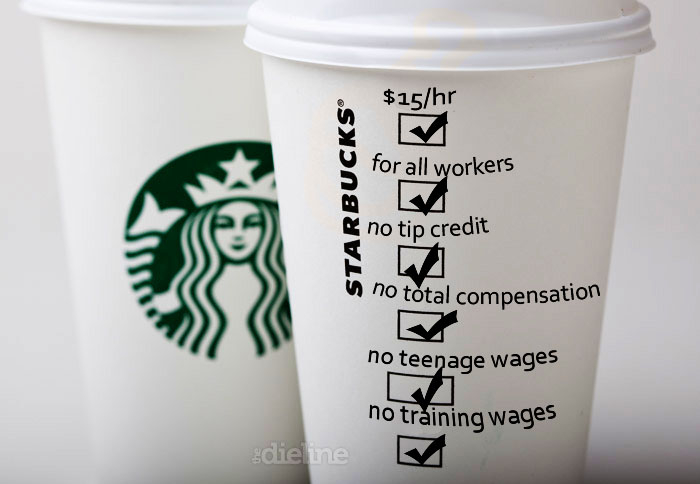 Seems like every day we’re confronted with another study showing how much a college degree increases your earning power and career potential.

So when Starbucks announced it would help employees get four-year degrees, media praised the company’s altruism.

Few looked at the fine print. Starbucks is offering reduced tuition at a single online university, for the first two years of study. For the next two years, if you’re working 20 or more hours a week, Starbucks will reimburse the full tuition—after graduation.

Can you count the red flags?

First of all, employees will have to front the tuition costs themselves. On Starbucks wages, that probably means going into debt. And if they get knocked off the college track, as people working and going to school often do, they’ll be on the hook.

The lucky participating school is the for-profit wing of Arizona State University, which hopes to enroll 10,000 Starbucks students the first year. The school’s expanding online program is shooting for profits of $200 million by 2020.

Another online, for-profit school has been promoting a $10,000 bachelor’s degree in partnership with McDonald’s.

With 7 million enrollments nationally, online schools made up one-third of higher education last year. Too bad for students, especially those who struggle and fall behind. They miss out on support and resources they could find on a real campus.

Communications Workers at Verizon have negotiated $8,000 a year in tuition, to use at virtually any school. Workers don’t pay the upfront costs—Verizon does.

These workers already have full-time, benefited jobs. They can improve their computer literacy, get a bachelor’s or master’s, or train for a new career.

They can also take a two-year leave to go to school full-time, and still hold on to their benefits.

Of course, Verizon isn’t any more magnanimous than Starbucks. Workers won these benefits with militant organizing and strikes.

Or look at unionized health care workers, who’ve won training and education funds that allow them to move up into higher-paying jobs in their field.

This works, in part, because union hospitals offer decent-paying jobs. A nursing aide can afford to live off her wages while training to become a nurse.

Will this new program foster similar career advancement for Starbucks employees? Already, the company reports 70 percent of its employees are students or aspiring students.

But where will they advance to? Most U.S. job growth is low-wage: retail and food service. Baristas, shift supervisors, and store managers don’t see the big bucks the corporation makes. Students can’t all become CEO.

Starbucks gets praise for offering health care to some part-time employees. But workers report many are kept just below the 20-hour threshold.

The majority of the company’s 150,000 employees are part-time. Starbucks says this is because part-time work allows them to pursue their interests. But looked at another way, it has built its empire on exactly the kind of jobs people are trying to escape by going to college.

Now it has turned this vulnerability into a PR talking point: our employees are moving up, rather than our employees can’t make ends meet.

Meanwhile, its CEO made $29 million in 2012—and opposed the recent minimum wage hike in Seattle, where the company is headquartered. No wonder some Starbucks workers have been participating in the fast food strikes, demanding $15 and a union.