Too Poor for Obamacare 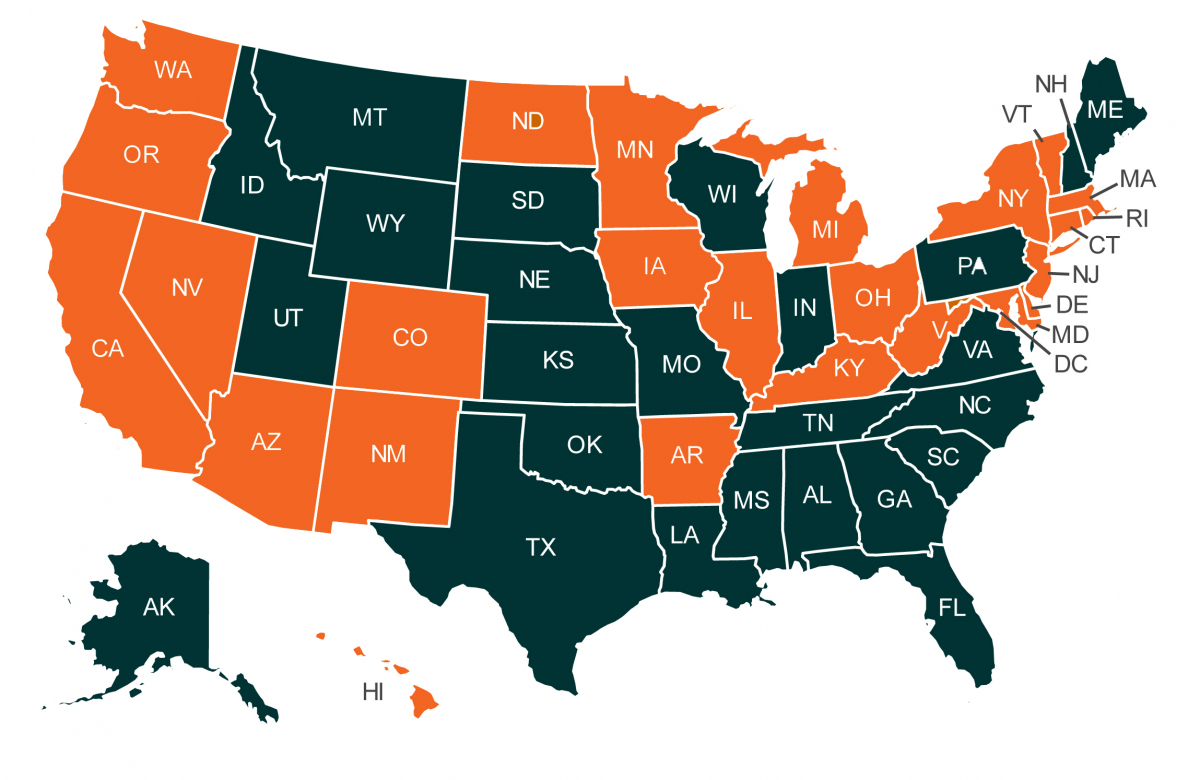 The dark green states have refused to expand Medicaid, even though the feds would pay. Source: The Kaiser Family Foundation and the Commonwealth Fund.

On a brisk December night in New York City, we walked to the Roosevelt Hospital emergency entrance, but my friend couldn’t make himself go in. We walked past the entrance twice.

We sat down at a diner and went over the symptoms again. If he went in, uninsured, the costs would be out of sight. But his symptoms looked like a heart attack.

It was the terrifying choice faced by thousands, the kind of thing Obamacare is supposed to halt.

In the end, we didn’t go in, and he is all right. As of January 1, after many hours of phone and computer hassles, he secured Medicaid coverage, newly expanded in New York as part of Obamacare.

Then I spent the holidays at home in Florida, where friends in a similar financial state are still without coverage, and not just because signing up is a mind-numbing interrogation.

There are plenty of plans to choose from—an Olympics of bronze, silver, and gold. Tantalizingly, the premiums are fully subsidized if you’re low-income. But you can still be too poor to use Obamacare.

That’s because even with premiums subsidized, the patient is still expected to pay deductibles between $3,500 and $6,250 before the insurance will pay for any care (and with the smaller deductibles come larger co-pays, up to 30 percent).

At Christmas dinner, a friend calculated she’d have to pay a third of her annual income before the insurance company would pay for anything, even medicine.

Under Obama’s original plan, she would have been eligible for Medicaid, but when the Supreme Court OK’d Obamacare, it allowed states to opt out, which Florida and 24 other states have done—even though 100 percent of the cost would be paid by the feds.

Obamacare funds states to offer Medicaid to anyone with income up to 133 percent of the poverty level—$15,281 for an individual, $31,321 for a family of four. And guess which states are opting out? Basically the entire South, hitting African Americans hardest. (See here for news of protests in Georgia, North Carolina, and South Carolina, and a new study here on the financial impacts and expected death toll.)

The Medicaid expansion that the Supreme Court wrecked was in many ways the best part of Obamacare (though some states that did sign up are doing their best to privatize it). It would have covered millions of low-income workers previously excluded from the program, which until now mostly just helped the disabled and families with dependent children.

But you don’t have to be hovering near the federal poverty level to be seriously wounded by the huge deductibles and co-pays in the Obamacare plans. Who benefits? The insurance companies will make a mint because they don’t have to pay until you’ve bled for a while.

This windfall hasn’t stopped them from whining. First, they dumped millions of people rather than make their insurance come up to the standards required under Obamacare. Now they’re moaning that too few young, healthy (read: cheap to insure) people have signed up.

Fine. If they can’t hack it, let’s just extend Medicare (currently for those over 65) to everyone. It would be cheaper, and it works pretty well without any private insurers involved.

That made me think of other Florida friends, Colin and Kristina, who emigrated to Canada a few years ago with their two daughters. I asked Colin how it was to sign up for health care there.

“Like getting a drivers license, but without the test,” he said. The family went to an office with their proof of residency, got their photos taken, and their health cards came in the mail. No deductibles, everyone’s covered.

“Slingshot” is a column where Labor Notes staffers take aim at issues of the day.

Jenny Brown was a co-editor of Labor Notes.jenny@labornotes.org
Related
Viewpoint: The Battle Continues to Save the Puerto Rican Teachers' Pension »
'If Your House Is On Fire You Run': Workers Strike for Safety At Understaffed Mental Health Center »
Viewpoint: The AFT Shouldn't Be Negotiating Away Puerto Rican Teachers' Pensions »
Viewpoint: Climate Justice Must Be a Top Priority for Labor »
Washington Carpenter Revolt Swells Picket Lines »