Who's Next: Making Space for Young Workers in the Union 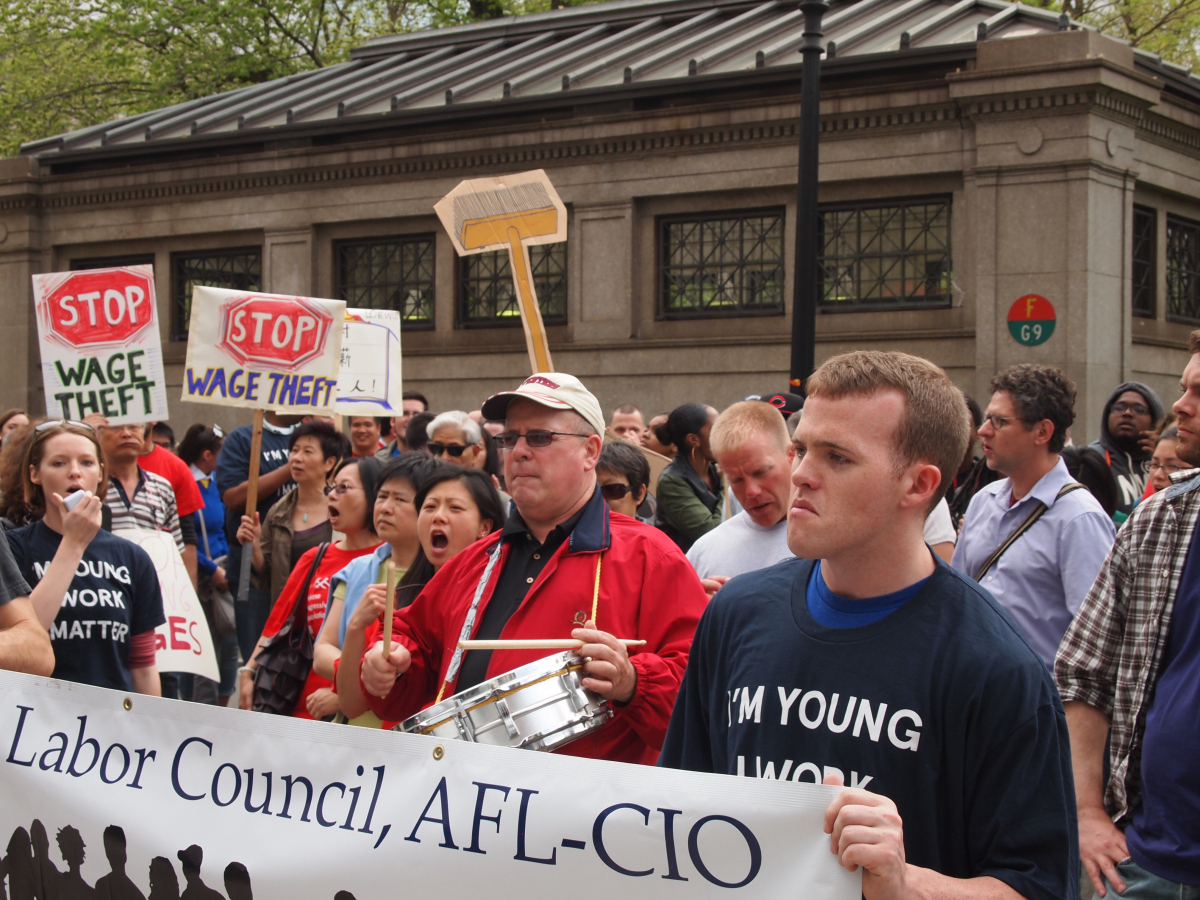 As aging leaders look to the future and try to get young members more involved, young worker programs with perky, forward-looking names—the AFL-CIO’s “Next Up,” AFSCME’s “Next Wave,” and CWA’s “Next Gen”—have popped up in many national unions.

We spoke to three young organizers who are working where the rubber hits the road—the local level.

They shared their best practices for building and maintaining powerful young worker groups.

WORK WITH WHO’S THERE

First, how do you get started?

Local 2’s Rising Stars formed after the AFL-CIO held its second Next Up Summit. A member was inspired by the summit and submitted a letter to the local, requesting to form the committee.

A first meeting drew 10 excited people. But the group “got bogged down in the ins and outs of trying to get started,” says Caniesha Seldon, now chair of the group. So the group “trickled off” during 2012.

“We kept waiting for more people [to join],” Seldon said. “Then you lost the ones you had because you’re waiting and not giving them anything to do.”

She learned a lot from the experience. The group was revived in 2013 and is now going strong.

“A lot of people start with really big expectations when they send out a meeting notice and get really disappointed when only five people show up,” said Seldon. “But a dedicated group of five people can do a lot of things. People will see what you’re doing if you keep doing it.”

Lindsay McCluskey has also found that activity draws people into the Futures Committee in Boston, where she’s the organizer for the central labor council.

Recruitment was a priority at first. When the group was getting started, she said, labor council leaders would approach union officers and ask them to suggest young members who should be encouraged to join.

But since “we’ve started working on a campaign and we have actions and events,” McCluskey says, this direct outreach is less important. Now people come to them: “When you’re doing something, it draws people in.”

But she’s found that a deep understanding of their group’s long-term goals—training and supporting young women to become savvy labor leaders—helps them stay on track either way. Some committee members are doing an “each one teach one” project, where activists take turns sharing in-depth lessons from their own workplace organizing. Meanwhile other committee members are focusing long-range at ways to connect to other young women labor activists across the country.

“If you’re only focusing on the short-term role of the group, it can feel very demoralizing if you only have two people,” Yarmus said. “It’s about having a long-range and a short-range view.”

How do young worker groups relate to the unions or organizations they’re attached to?

At the Boston CLC, council leaders want young members “to have their own space to organize and get to know each other, but also bring that energy and bring their work into the labor council itself,” McCluskey says.

So the Futures Committee meets right before the monthly labor council meeting, then reports to the council about its work. As an official committee of the labor council, it’s staffed by McCluskey, the council’s organizer.

“We’ve been lucky to work with supportive union and labor council leaders, who are really supportive of our group without being controlling,” she says.

Seldon serves as chair for the Rising Star program within OPEIU’s international. She values that the international offers guidance and support but allows each chapter to run itself.

Is it all about the Internet?

While it’s easy to assume social media would be a great way to wrangle young workers, the organizers we spoke to agreed it can’t replace real one-to-one conversation.

“I don’t think it [social media] is any substitute for face-to-face, base-level organizing,” says Yarmus, “but I think it has a place.” Their committee uses Facebook to share local struggles members are involved in, and to connect to young women organizing in other cities.

The Futures Committee is on the same page. Social media “hasn’t played a huge role in our work,” says McCluskey. “We’ve really focused on face-to-face relationship-building.”

What does the committee do?

It may seem obvious, but perhaps the key to young worker programs’ success is finding the reason young members will want to be there.

“You can’t just get young people more involved by having them come to a meeting,” says McCluskey. “There has to be some kind of shared project that you’re pushing forward together to make you come back.”

For the Futures Committee, this project is a coalition campaign against corporate subcontracting. Last year the committee members surveyed young workers around the Boston area, handing out a paper survey at work and emailing a digital version around anywhere they could. Local community allies helped by sharing the survey with their young members and urging participation. The results showed that “access to good jobs” was the most pressing issue identified.

“We did some digging around what work was happening around good jobs in the city of Boston” and found a community group that was already forming a coalition of local unions, worker centers, and community groups “to address the race-to-the-bottom created by overuse of subcontracting,” says McCluskey.

The Futures Committee now has a seat at the coalition table, alongside unions with affected members—hotel, janitorial, and construction workers—to plan and execute actions against targets—usually employers who have unpaid wages or a history of misclassifying workers as subcontractors. They have organized protests at construction sites misclassifying workers as subcontractors, and a movie theater where, after a protest in the lobby, workers won back $29,000 in unpaid wages.

The Rising Stars committee mixes social time with organizing discussions to draw people to gatherings. For example, “we bring them into the room by saying ‘hey we’re going to be at the bowling alley’ but then do some half-hour discussion, too,” says Seldon. She’ll lead a talk about the history of unions, or even a workshop about “Grievance Handling for Dummies.”

Last Halloween the group partnered with the D.C. Young Trade Unionists, a Washington, D.C.-area young worker group, to host “Vote or Treat.” Dressed up in Halloween costumes, young workers door-knocked for labor-friendly candidates, then went out for drinks and socializing.

“There’s this myth that in order to bring people into the fold, you need to have primarily a fun component,” says Yarmus. “I’m not convinced about that.

“But that doesn’t mean I don’t think [social time for] relationship-building is important,” she says. It’s just that “if it’s only about socializing, anybody who has real needs and has real struggle is not going to be able to be about the organization in the same way.”

A version of this article appeared in Labor Notes # 435, July 2015. Don't miss an issue, subscribe today.
Julia Kann is a staff writer for Labor Notes.julia@labornotes.org
Related
This Year I’m Thankful for the Revolt Against Two-Tier »
Here's the Secret to Getting Young Workers Involved »
Turning an Issue into a Campaign: How Minnesota Public Employees Stood Up for Paid Parental Leave »
VIDEO: Meet Five Union Women »
Young Workers United Runs a Marathon, Not a Sprint, in Organizing San Francisco »