Interview: How Shorter Work Hours Can Help the Climate and Women’s Equality 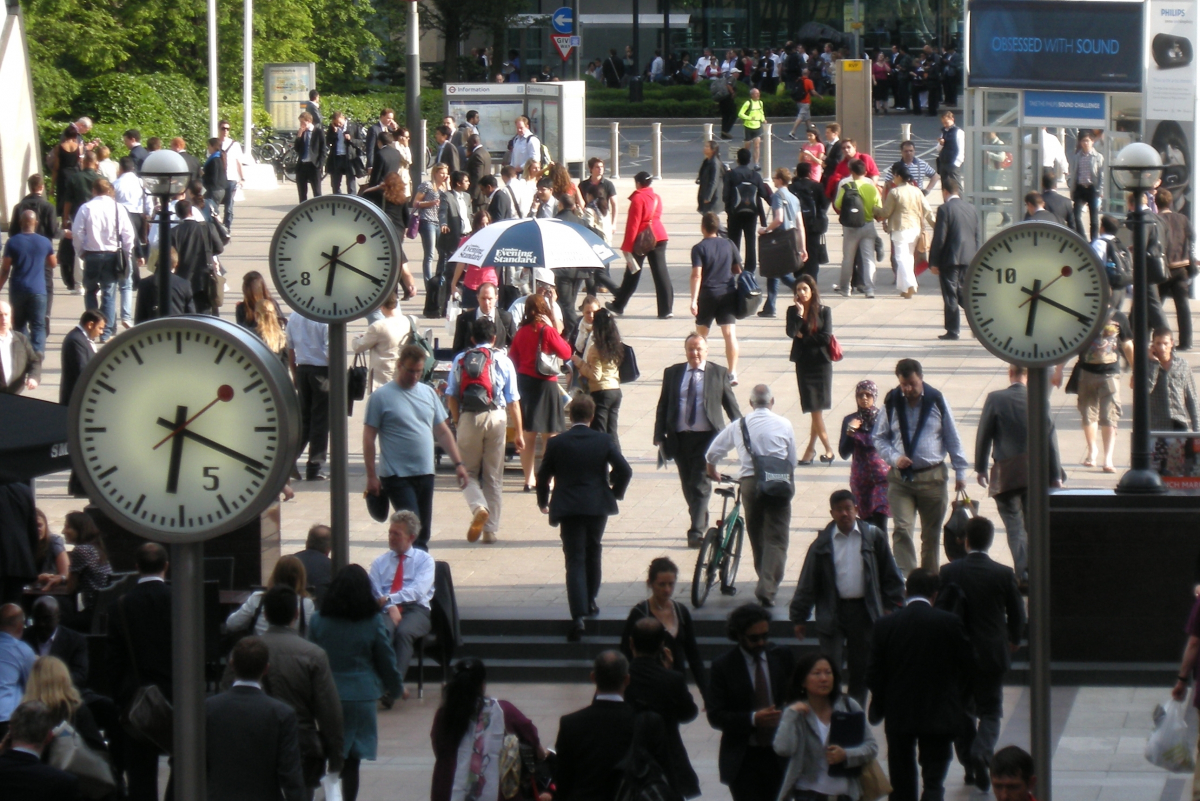 In the face of looming ecological catastrophe, can unions help restructure work itself? And what’s gender inequality got to do with it? We posed these questions to Tom Malleson, assistant professor of Social Justice and Peace Studies at King’s University College at Western University in London, Ontario, and author of After Occupy: Economic Democracy in the 21st Century. The interview has been edited for length and clarity.

Labor Notes: Labor’s climate agenda has been mainly about getting more green jobs. In your research, you’re more interested in a different, broader approach to work, focused on sustainability, women’s unfair workload, and getting all workers a much better deal. Let’s start with the ecological dimension.

Tom Malleson: Our economy and environment are on a collision course. Right now, the only way our economy is able to provide decent jobs is through constant, perpetual growth. So the fundamental challenge is thinking how we can rearrange the economy to provide both economic security and ecological sustainability.

One element of that is a shift from dirty jobs to green jobs. That’s right as far as it goes. But I also think that, by itself, a shift to green jobs won’t be nearly enough to prevent catastrophic climate change.

Every single day businesses extract the equivalent in weight of 112 Empire State Buildings from the earth—and that’s growing every year. That’s 50 percent more than it was only 30 years ago. So the bottom line is that we need to start producing and consuming less.

Fair enough. But where does that leave us in terms of jobs?

The crucial idea is work-sharing. Instead of an employer hiring one worker for 40 or 50 hours a week, the employer should hire more workers for fewer hours. We should be aiming for a 35- or even a 30-hour week.

This would mean a little less money and less consumption. But if the jobs offer security, health, and pension benefits, then the evidence shows that once people get used to working fewer hours they come to love it and don’t want to go back to longer hours.

Work-time reduction has not been so prevalent in North America, but it has been pursued with success in Europe. Unions in France fought for and successfully won a 35-hour work week. Unions in the Netherlands have been at the forefront of creating lots of part-time jobs.

And unlike here, those part-time jobs are actually good jobs. They have roughly the same hourly pay as full-time work and similar benefits and security. That’s made a big difference.

Could you say a little more about the Dutch example, and how workers there can choose to get their hours reduced?

There was a major recession in the Netherlands in the 1980s. And one of the main responses was to fight for part-time work in order to foster work-sharing and reduce unemployment.

What the unions were very smart and successful at doing was ensuring that part-time jobs were good jobs.

The Working Hours Adjustment Act was enacted in the early 2000s. It allows every worker who works in a firm larger than 10 people to—at any time—request a change in their working hours, with pro-rated pay and access to benefits. Businesses must agree, unless they can show very significant reasons why they can’t.

What about the implications for women of this kind of arrangement?

There are really two fundamental reasons why work-time reduction is so important. One is the environment; the second is gender. Women do an enormously disproportionate amount of household and caregiving work.

Women are starting to work outside the home almost as much as men. But men have not been reciprocating in sharing the caregiving work. This obviously creates all kinds of negative consequences.

So, what we need to address this gender imbalance is to make it easier for men and women to share the housework and the caregiving responsibilities.

The book that Jennifer Nedelsky, at the University of Toronto, and I are working on is called Part-Time Work for All. The idea is that we’ll never get gender equality until we have a society of universal caregiving, a society where all adults share caregiving responsibilities in a fair and equitable manner.

So how can we accomplish this? Clearly there need to be cultural changes about what’s perceived as men’s roles and women’s roles.

But in terms of our workplaces, which is my focus, the fundamental things we need are, first, reduced hours so that men can work less and caregive more; and second, increased workplace flexibility, what we like to call “time sovereignty.” Things like flex time, flex place, so that work doesn’t continue to be such an impediment to caregiving.

I would assume that for this to work, you need a stronger state provision of the social safety net. Can firms afford to provide to part-time workers the kinds of things they provide to full-time workers in the U.S.?

Right. The move to part-time work requires, as you say, an expansion of public provision of basic services. That enables people to reduce their working hours without sacrificing their economic security and their basic livelihood.

We need to start delinking our rights to our core benefits, like pensions and health care, from employment.

People might say that the context just seems too different. It’s so hard to imagine European labor arrangements happening here. What are some of the political lessons we can learn?

It’s true that the political realities in the U.S. are different from Europe, particularly the Nordic countries. But the underlying forces are much the same. The difference is that the unions are much stronger in Europe.

So, to me this implies that the lessons we get from Europe are relevant to us; we just need to mobilize extra-hard to achieve similar victories.

In terms of specific organizing strategies, I think that the core lesson is that work-life balance and gender issues must be central concerns of union movements. Work-time reduction, good part-time jobs, workplace flexibility—those are the crucial components for a 21st century union strategy that’s both feminist and environmentally sustainable.

Do you know when this turn away from the straightforward jobs agenda into this broader, more holistic agenda took place, in Western Europe or in the Nordic countries?

We really saw that shift in the 1980s, mainly being led by Denmark, the Netherlands, Sweden, Norway, France to some degree, because those places have particularly strong feminist movements, and feminist contingents within the big unions.

These movements managed to rearticulate what contemporary unions should be, and brought back to prominence some of the union movement’s original causes, as well as broader societal questions about the importance of freedom from work.

So part of the message isn’t just that unions can act in different ways, but that feminist organizing can really pay dividends if it joins the union movement successfully.

Daniel Aldana Cohen is a Ph.D. candidate and author of a recent essay in Jacobin on the links between cities, labor movements, and low-carbon leisure. Follow him at @aldatweets.

A version of this article appeared in Labor Notes #432. Don't miss an issue, subscribe today.
Related
Victory Against Polluter Points Way to Clean, Green, and Fully Funded Schools »
How We Began To Bring the Mail Back »
Review: Don’t Bleed in the Shark Pool »
What Can Unions Do Now to Defend Abortion Rights? »
Yes, Abortion Rights Are a Union Issue »