Find the Boss’s Weak Spot, Or Make One 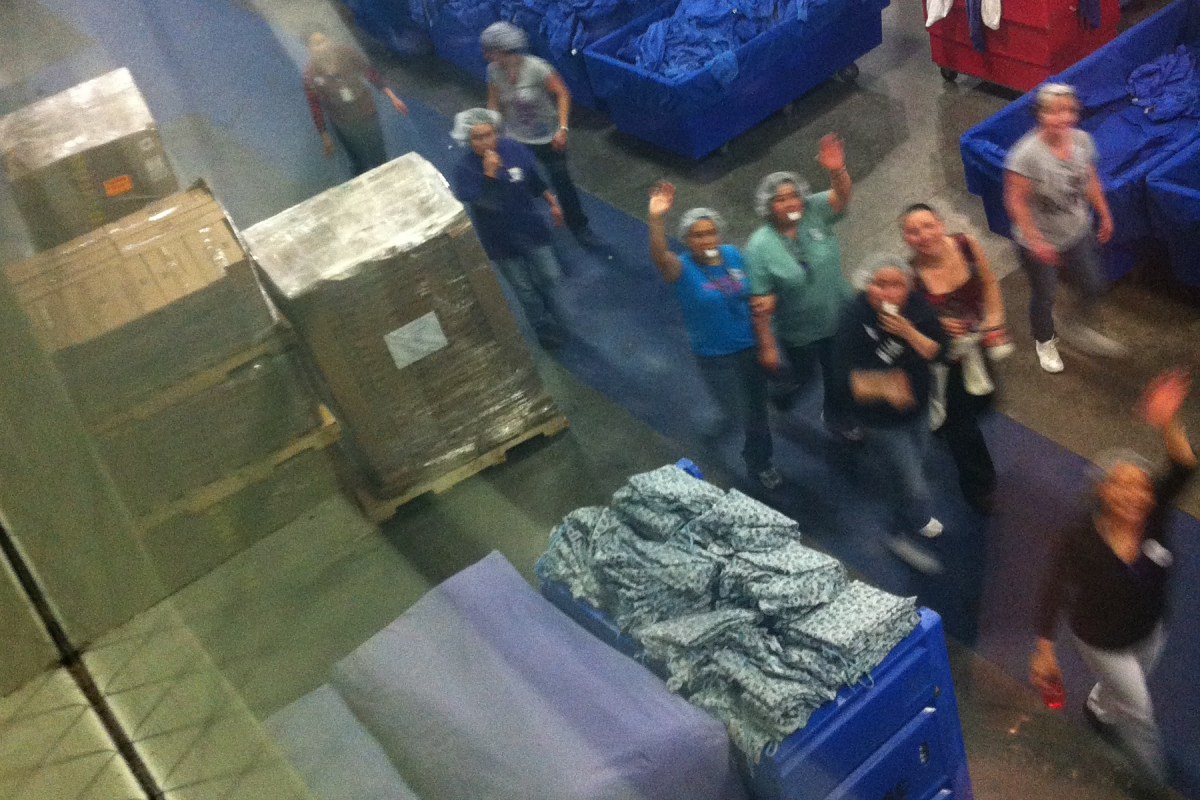 During the late 1800s, when steel was produced using the Bessemer process, there was a 20-minute “blow” process that was critical to successful production. It was not unheard-of for union members to go to the supervisor at the start of the blow and demand some important grievance be resolved.

According to old-timers, it was amazing what the company could accomplish in those 20 minutes. These workers had found their employer’s vulnerability—and they used it to make the workplace safer and more humane.

We need to find the vulnerabilities of our employers. For some companies it might be their logo or their image, which they have spent millions of dollars cultivating. For others it might be a bottleneck in the process, or a weakness in their just-in-time inventory.

Whatever it is, we need to find it and exploit it to our members’ advantage.

‘Step Away from Your Machines’

Two workers had sliced their hands on the machinery in one day at the IKEA furniture plant in Danville, Virginia. It happened because everyone was working an unfamiliar line without training.

After the second accident two stewards confronted the supervisor, demanding that workers be sent back to their usual positions.

“The stewards shouted down the line, ‘Everybody step away from your machines,’” recalled Bill Street, a campaign organizer. “Everybody took a step back.” The supervisor gave in.

One July in Gaylord, Michigan, during the annual shutdown for maintenance, a crew had the entire mill disassembled. Members spent a day moving parts from the front of the mill to the back and vice versa—putting everything where it wasn’t supposed to be.

They went on strike the next day with the plant in pieces. No fear of replacements: no one would know how to reassemble the old technology.

A few years ago, at a union mill owned by the Koch Brothers, an extremely regressive health insurance proposal was on the table, along with a ton of other takebacks.

After the day’s session, the bargaining team noted it was a “death by a thousand cuts.” Someone else said they “needed to buy stock in a Band-Aid company.”

A few days later, about 20 percent of the crew reported to work with Band-Aids on their faces, backs, hands—everywhere. Each Band-Aid had a personalized message.

By noon, stewards were giving out Band-Aids as fast as they could. By that evening more than 70 percent of the crew was wearing Band-Aids.

WHISTLE WHILE YOU WORK

At a Fortune 500 truck factory, supervisors were ruthless and degrading. Discipline was arbitrary and unjust. At the monthly union meeting one worker noted that we were all being “railroaded.” A few weeks later 2,000 plastic whistles shaped like train locomotives arrived at the local.

The instructions were simple. Whenever and as long as you can see a supervisor on the shop floor, you blow your whistle.

By the morning break the plant floor was quiet, because not a single supervisor dared to show their face.

The next day in bargaining, the employer refused to bargain until the whistles were removed. The bargaining team noted the company’s statements on refusing to bargain, and asked for a break to go call the NLRB.

And during first-contract bargaining at a small sawmill in Oregon, where the union had won the election by two votes, the company’s plan was clear: block and stall until the one-year mark, then try to decertify the union.

At a meeting, the only four female production workers onsite noted that they had no hot water in their port-a-potties—while the men had nice restrooms. Rather than report to the state health and safety department, they developed a different tactic.

The union sent letters home notifying spouses and girlfriends that, effective Monday morning, the four women were going to use the men’s bathroom, until such time as they had decent and clean restrooms.

On Monday morning a crew meeting was called before work to announce that hot water would be installed in the port-a-potties that afternoon, and that a new restroom for the women would be built in the next 45 days.

Forty-five days later, every time anyone in the mill walked past the new women’s restroom, they were reminded that it was a union shop. A first contract was signed a few months later.

In every case cited (and hundreds of others), stewards and members developed these tactics as part of a longer-term strategy to build union power, not just to win the issue at hand. In every instance, the union was stronger after the events than it had been for before.

And in every case the tactics were devised by the members, then supported and realized with the help of union staff.

Bill Street recently retired as head of the Woodworking Department of the Machinists (IAM).