For Inspiration, Look to the History Of Public Worker Strikes 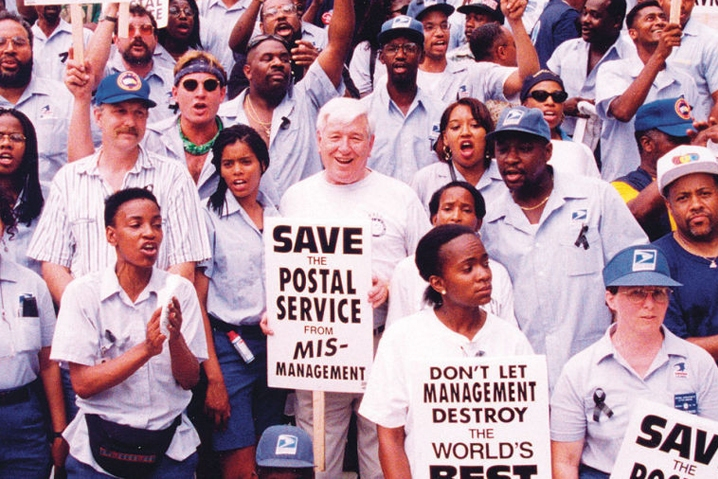 Politicians want to turn the clock back 50 years by restricting the bargaining rights of millions of public workers. Unions would do well to look back, too, to the great public employee strike upsurge of the 1960s.

Today’s unions, in both the public and private sectors, have a lot to learn from this little-discussed period in labor history. Here are seven lessons:

But then public workers rose up in one of the great upsurges in U.S. labor history. Public workers marched on school board meetings. They conducted slowdowns. And they struck, by hundreds of thousands over the next two decades, to win union recognition.

The civil rights movement inspired sanitation workers’ strikes throughout the South. Teachers in Florida and Utah pulled off statewide walkouts. Postal workers struck nationwide, in a wildcat conducted against the wishes of union leaders. Police and firefighters contracted “blue flu” and “red rashes” to demand what private sector workers already had: the right to bargain.

This wave of militancy won both contracts and changes in labor law. And in the process, public employee union membership surged from 400,000 in the late 1950s to 4 million by the mid-1970s.

The Power of Example. Just as today’s activists look to the 2012 Chicago Teachers strike for inspiration, teachers back then looked to a one-day strike in New York City schools, in 1960. According to one scholar, that single, short strike not only spurred the organization of teachers in New York state but also became “the watershed for teachers’ strikes in the twentieth century.”

Teachers around the country followed the trail blazed by New Yorkers and struck for union recognition, too. In 1968 teachers struck 112 times—up from zero a decade before.

Of course, not every local struggle will start a prairie fire. The Republic Windows factory takeover in 2008 did not prompt an outpouring of plant occupations. But we never know where a particular struggle may lead and how it may give others the courage to act.

MADE TO BE BROKEN

Simply put, the rules are rigged. Figuring out how to break free of these rules is a practical necessity.

Until the late 1960s, public employee strikes were illegal in every jurisdiction in the U.S. Yet when the idea took hold and the context was right, hundreds of thousands of public workers struck anyway, violating state laws and court injunctions. And they generally won—achieving recognition and good contracts, and forcing lawmakers to amend state laws to permit public employee bargaining.

Even though strikes remained illegal in the union strongholds of New York, Ohio, and Illinois, strike levels were high there throughout the ’70s. In fact, one study of 1970 to 1981 found that “70 percent of the most strike-prone states were those where strikes were not legal.”

When their union president was jailed during a 1973 strike, striking teachers in Evergreen, Washington, lined up with toothbrushes in hand demanding to be jailed as well. The flustered judge backed down and when the district refused to negotiate, he threatened to jail the school board instead. The union won a first contract.

When lawmakers realized that their laws didn’t prevent strikes, in many states policymakers legalized them, hoping to better control the activity.

But labor history gives little support to that proposition. During the 1960s, public workers fought to transform conservative organizations into fighting machines. Members battled at their union conventions to take no-strike clauses out of their constitutions.

Public workers flocked to more militant unions—forcing others, such as the National Education Association, to adopt the strike or lose members.

Treat Striking as a Human Right. When the strike-banning Taylor Law was under debate in 1967, three New York City unions held a packed rally in Madison Square Garden, and passed a resolution stating, “No one, no body of legislators or government officials, can take from us our rights as free men and women to leave our jobs when sufficiently aggrieved.

“When a group of our members are so aggrieved, then indeed they will strike.”

Public employee unionists rejected illogical arguments about why public workers should not be allowed to strike. Better yet, they did not accept that legislators or courts had the right to make that decision; striking was a human right which judges or politicians could not take away.

But few in labor today discuss striking as a fundamental right. Instead we look only at the practicalities: whether a strike seems immediately feasible. When it doesn’t, we forget the principle, and accept restrictions on our right to strike and free speech that earlier generations refused to tolerate.

Build Community Alliances. In the late ’60s and early ’70s, striking public workers could draw on allies in the civil rights movement, as did the 1968 Memphis and 1969 Charleston sanitation strikes.

Public unions allied with still-powerful private sector unions. They could demand equality with the wages and pensions bargained by their private sector counterparts.

Winning public employee strikes, then and now, depended on a union’s ability to frame the issues, garner community support, and thereby exert political pressure on policymakers to settle.

Don’t Give Up Hope. When we look at today’s restrictive labor laws, it can be hard to see how to break out of the box. But the greatest lesson of the 1960s is that public employees believed in themselves—and dared to win.

Joe Burns is a union negotiator/attorney in the airline industry and author of Reviving the Strike. He’s a former public employee and union president. His new book is Strike Back: Using the Militant Tactics of Labor’s Past to Reignite Public Sector Unionism Today (June 2014). New Yorkers can hear him talk about the book June 25 at 7 p.m. at Bluestockings Books.

A version of this article appeared in Labor Notes #423, June 2014. Don't miss an issue, subscribe today.
Related
How We Began To Bring the Mail Back »
Viewpoints: How Academic Workers’ Leverage Can Grow in a Long-Haul Strike »
Every Union Contract Right Now Should Be the Best Ever »
Could We See a Rail Strike? »
Undaunted by Fines, Massachusetts Teachers Defy Strike Ban »