As Good As It Gets? Hard Lessons from NYC Contracts 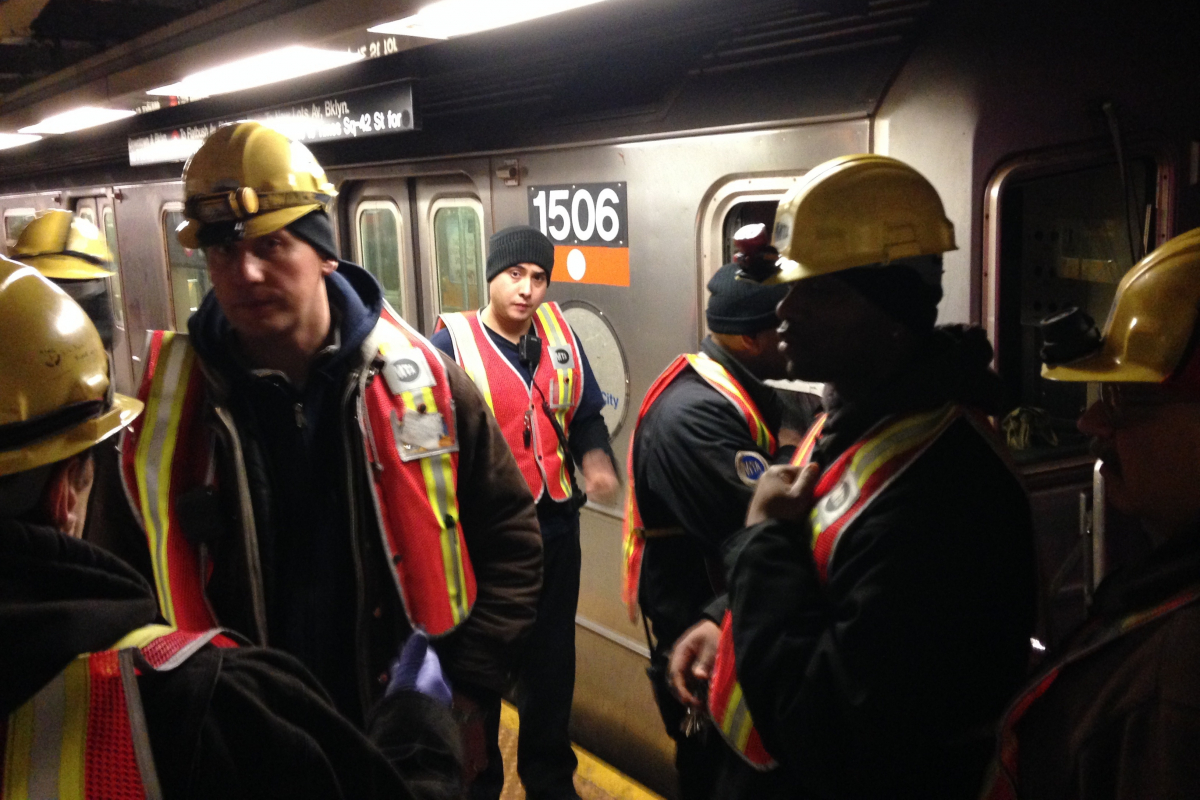 Train and bus operators with Transit Workers Local 100 did better than expected, but no union was able to escape the political box created by Democrats who refuse to tax the rich. Photo: TWU.

The deals show how little juice is left for public sector unions trying to deliver using traditional tools at the bargaining table or in the political arena. If these are the limits in a union stronghold like New York—where one in four workers is a union member and 70 percent of the public sector is organized—the news isn’t good for conventional strategies elsewhere.

What can be done better? To avoid a collision course with taxpayers, public sector unions need to upend the bipartisan consensus and put raising taxes back on the table.

To achieve that, they’ll have to make an aggressive case to voters that strong public services, and the workers who provide them, are worth it—and that corporations and the super-rich should pay the tab. They’ll also have to challenge politicians, especially Democrats, who’ve made their peace with austerity.

WHAT COUNTS AS A WIN?

As Good As It Gets? Hard Lessons from NYC Contracts
Public sector unions need to upend the bipartisan consensus and put raising taxes back on the table.

Viewpoint: How New York Transit Workers Broke the State Pattern
Even unions not in a position to strike can beat back the worst of austerity. We proved it.

Subway and bus operators, members of Transport Workers (TWU) Local 100, had to contend with Governor Andrew Cuomo, who campaigned on taming unions and cutting taxes.

Two years after its contract expired, Local 100 reached a deal that avoided the pattern of pay freezes, furloughs, and layoffs Cuomo had extracted from other state workers.

But the gains came at a price. Members will see their health insurance costs rise, and the time it takes to reach top pay will stretch from three years to five.

Despite several attempts, the union was unable to turn bargaining into a public mandate for the transit system New Yorkers deserve, with expanded services and lower fares.

Billionaire mayor Michael Bloomberg took a hard line, refusing to ink a deal with the Teachers (UFT) after the Wall Street meltdown, and eventually left 350,000 city employees in 152 unions working under expired agreements.

Bloomberg calculated that he could impose a pay freeze by stonewalling. If the tab for retroactive pay grew large enough to risk breaking the city budget, even labor-friendly politicians would balk—and unions would have to accept concessions.

Union leaders eventually stopped trying, figuring they could do better under his successor. The atmosphere in negotiations certainly shifted this January after mayor Bill de Blasio took office.

As a candidate, de Blasio campaigned against the city’s skyrocketing inequality, got arrested with health care workers to stop hospital closures, and promised to raise taxes on the city’s wealthiest.

But enthusiasm for de Blasio, who’s seen by many as the anti-Bloomberg, could not erase the uncomfortable arithmetic of city negotiations. Union leaders and the press focused on the billions in back pay members would receive if the city followed the past pattern.

In the end the UFT blinked. Union leaders in May announced a deal running through 2018. It mirrors the city pattern on paper, but active union members won’t see their raises fully instituted until the end of the contract, and won’t receive all their back pay until 2020.

The UFT also had to win agreement from other city unions, who participate in a common insurance plan, to find over $1 billion in health care cost savings over the life of the deal. If the savings don’t materialize, members will be required to make up the difference with larger contributions to their health insurance.

Critics in the opposition caucus, the Movement of Rank-and-File Educators, raised concerns over provisions beyond pay and benefits. The contract cemented the practice of evaluating teachers based on students’ test scores.

It will allow 200 schools to opt out of some contract provisions, if 65 percent of UFT members at the school agree—mimicking the “flexibility” touted in the city’s mostly non-union charter schools.

The union opened the door to merit pay with the creation of three new teacher designations. And the new contract makes it easier for the school system to dismiss displaced teachers.

The picture in most cities and states is even bleaker. Governments crawled out of the wreckage of the 2008 financial crisis by slashing services and squeezing workers. Politicians across the spectrum blamed public sector pay and pensions, ignoring Wall Street recklessness and a generation of tax cuts for corporations and 1-percenters.

In this grim landscape, it’s no surprise expectations are so low. Most members judged these agreements the best their union could do, with 82 percent in TWU and 77 percent in UFT ratifying.

Public sector unions need to get out of the cul-de-sac of traditional bargaining and get more money into public coffers.

Labor’s traditional strategy is to elect Democrats and press them to raise revenue. But missing is what to do when politicians balk at tax hikes, or worse, turn on their union allies. Unfortunately, New York labor just torpedoed an opportunity to break out of the political straightjacket.

The stage was set for a primary challenge to Cuomo in May, when leaders in the labor-backed Working Families Party gathered to select their candidate for governor. Law professor Zephyr Teachout had thrown her hat in the ring.

Cuomo, a Wall Street Democrat, has secured inheritance tax cuts and lowered bank taxes. Earlier this year he even squelched de Blasio’s plan to raise taxes on people earning over $500,000 to pay for universal pre-kindergarten.

Polls showed 20 percent support for a WFP challenger, and with a weak Republican in the race, there was no chance of Teachout playing the spoiler.

But the state’s major unions, spearheaded by 1199 of the Service Employees, strong-armed party activists to endorse Cuomo, threatening to quit the party and take millions in dues with them. De Blasio also pressed convention delegates to back the governor.

Thanks to hard bargaining by community organizations and party staff, Cuomo sullenly promised to support a long list of progressive initiatives—raising the minimum wage, publicly financed elections, a state-level version of the DREAM act, decriminalization of marijuana, and a series of gender equality measures. He also agreed to work with party leaders to elect a Democratic majority in the state senate, where Republicans and a small group of conservative Democrats have been blocking progressive legislation.

The pressure and promises were enough to secure Cuomo’s endorsement from the assembled delegates. (Teachout will challenge him in the Democratic primary.)

But as party insiders recognize, there are lots of ifs in the deal, and relatively little leverage to hold Cuomo to his promises. And the compromise contains no mention of raising taxes—something that should be a litmus test.

The WFP often promotes itself as the Tea Party of the left. But what makes the actual Tea Party so dangerous to Republicans is that it’s willing to risk losing by running against them when they don’t hew to its platform. To pose a real threat to corporate Democrats, the WFP would have to do the same.

That’s a lesson public sector unions need to absorb—or else “it could have been worse” may be the best they’ll ever do.

Mark Brenner is the former director of Labor Notes and is currently an instructor at the University of Oregon's Labor Education & Research Center.
Related
Pandemic Discrimination Against Asian Americans Has Long Roots »
Draw the Line in Permanent Marker: Three Organizing Principles »
Virginia Public Sector Workers Are Organizing to Make Their New Bargaining Rights a Reality »
Will the Stimulus Stop States From Slashing More Jobs? »
Viewpoint: A Year After Teachers Closed Them, New York City Schools Are Still Unsafe »