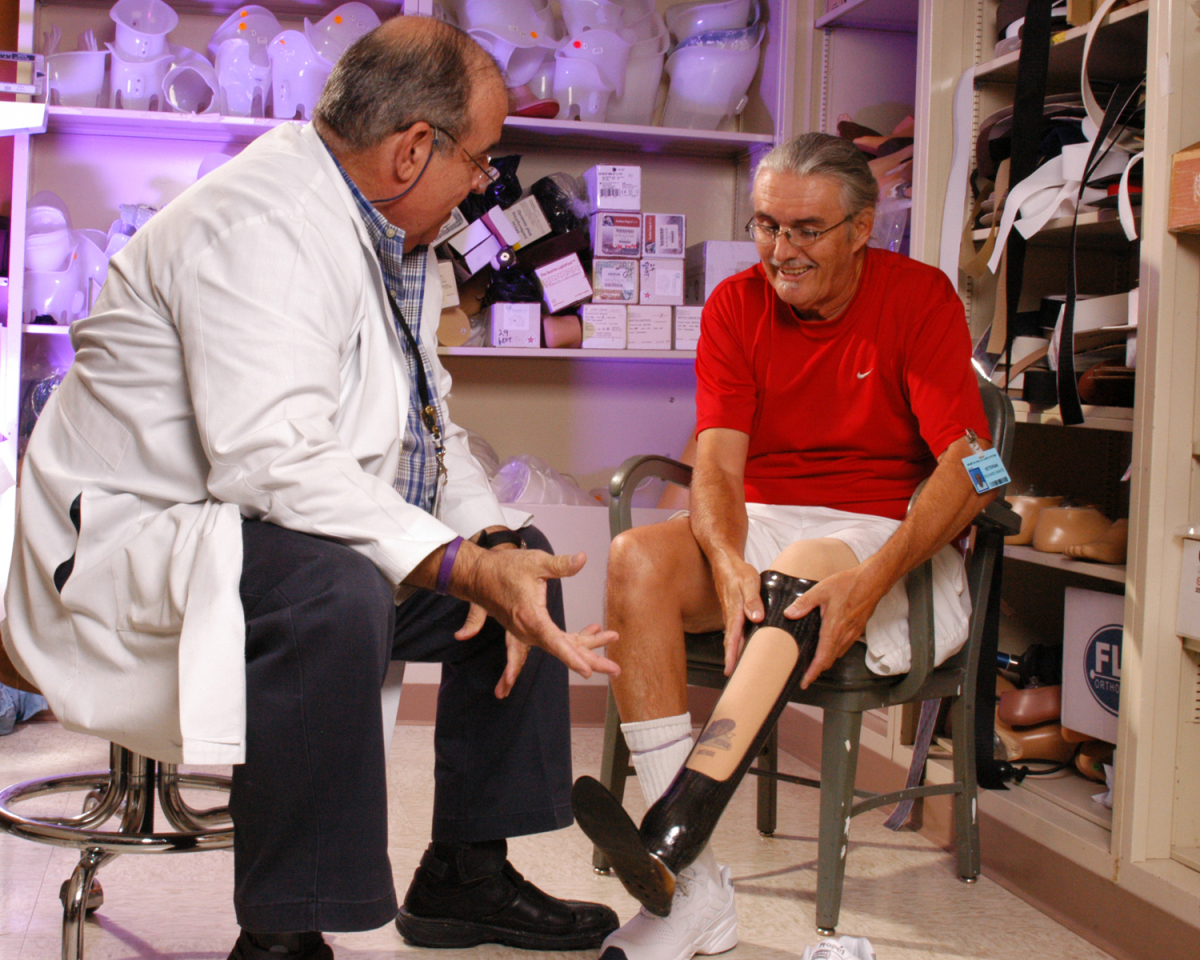 When months-long wait times for veteran health care burst into the headlines, corporate apologists had their solutions all ready to push.

Privatize the hospitals and give veterans a voucher to buy private insurance, crowed the Wall Street Journal, Fox, and Forbes, gleeful at the chance to mention Veterans Affairs and “scandal” in the same sentence.

They never liked the VA, of course—for the same reason advocates of universal health care hold it up as a model. It’s completely government-run: no insurance companies or profit motives, just federal employees paid to give veterans the best care possible.

In light of the problems, were universal health care advocates wrong to tout the VA?

The short answer: no. The long waits and understaffing are real—but the VA’s quality of care, measured in outcomes and patient satisfaction, consistently rates better than the private system.

Meanwhile, the National Union of Healthcare Workers on June 5 called on the Department of Justice to investigate Kaiser Permanente, a private HMO.

Kaiser has the same problems as the VA, the union says: Most patients wait more than two weeks for a non-urgent appointment, in violation of California law. “Paper wait lists” are used to conceal delays.

For more on how nurses are battling unsafe staffing, see here.

It’s not perfect, said VA workers we talked to, but it does better for veterans and their challenging health needs than the private system ever could.

“I love the VA and would never work in the private system again,” said one provider. “I used to spend an hour or two a day on the phone with private insurance companies or writing letters to them… [At the VA] it’s not about making a buck.” (The agency tries to rein in press contact, so some providers asked us not to use their names.)

The real solutions to the agency’s problems may sound familiar. The VA needs to hire more frontline staff, fewer managers. It needs to update an antiquated computerized scheduling system, expand facilities where need is growing, and reduce missed appointments by offering rides.

It needs to use data such as wait time statistics as tools for improvement, not bludgeons. And it needs to act on feedback from concerned workers, instead of squelching it.

The Veterans Health Administration runs hospitals and clinics to care for veterans who got injured while serving. (It’s separate from the Military Health System, which covers current servicemembers.)

Low-income veterans and those rated 50 percent or more disabled by a service-connected injury can get comprehensive care and medications through the VA, free of charge. For those with lesser disabilities, care for the service-connected disability is still free, but there’s a co-pay for unrelated care.

For some, the VA is their only option. For others, it’s their best option. A neurology provider estimated 50 percent of her patients have private insurance or Medicare, so they could seek care elsewhere, “but they choose to come see me, because the care is better.”

Thanks to new military and medical technologies, soldiers in the recent wars are surviving traumas that a generation ago would have killed them. “There’s much better shielding, thank God,” said Irma Westmoreland, a registered nurse and the Veterans Affairs chair of National Nurses United (NNU), “but now they come back with brain injuries, amputations, multi-system injuries.”

So health care workers at the VA develop special expertise, including in the kinds of psychological traumas veterans suffer. Specialists outside the agency “look to us on how to do it,” said Westmoreland.

“They’re closing mental health facilities and wards everywhere,” she added. “How does Congress really think privatizing access to this care is going to help? It’s not. They have less beds than we do.”

What’s causing the long waits and “secret wait lists” that are making headlines? The VA sent auditors around to investigate.

In Portland, Oregon, most employees interviewed opted to have a representative of the Government Employees (AFGE) union present, said Local 2157 President Amanda Schroeder. AFGE has 210,000 members at the VA.

The union rep was there not only to protect the member against coercion and retaliation, but also to compile the local’s own recommendations—from the perspective of workers and patients, rather than agency bean-counters.

Clerks enter appointments into a cumbersome computer system that’s “maybe even pre-DOS,” one worker said. It won’t accept appointments beyond 90 days into the future. Clerks have to enter those into a second system, slowing everything down.

It also doesn’t help that scheduling is dictated rather than negotiated: you get a letter telling you the date and time of your appointment. If you can’t make it, you can try calling to reschedule, but the phone lines are often busy.

This means more missed appointments. The neurology provider estimated 30-50 percent of her appointments are no-shows. “That’s dismal,” she said. “Other veterans could have been seen.”

Another reason for no-shows is the cost and difficulty of getting to the nearest VA clinic, especially for disabled patients. That’s why the no-show rate is worst at the end of the month, when patients’ wallets are thinnest.

A van service run by the nonprofit Disabled American Veterans helps, but you still have to get yourself to the shuttle’s meet-up point, and the round trip can take all day. Better would be for the VA to provide rides to patients, as it used to.

Perhaps the biggest cause of the wait-list problem is that there simply aren’t enough medical staff.

Everyone’s stretched thin. Schroeder said physicians’ patient lists, which should be no more than 1,200 patients, can reach 1,700.

In the Augusta, Georgia, hospital where Westmoreland works, nurses in most areas are responsible for eight to 15 patients, and sometimes as many as 20. Surgeries are commonly canceled, she said, because there aren’t enough beds or nurses available.

As in the private sector, the agency isn’t obliged to bargain over staffing. And there’s no federal limit on nurse-to-patient ratios, although NNU is calling for one.

When nurses do file objections to unsafe staffing, Westmoreland said, they can be blamed and targeted. AFGE members too have suffered reprisals for whistleblowing. Some were even told not to talk to their congressional reps, Schroeder said.

The federal agency charged with defending whistleblowers, the Office of Special Counsel, announced June 5 it’s investigating 37 cases of alleged retaliation against employees who spoke up about scheduling or patient care.

“There’s definitely a huge element of fear,” Schroeder said. “If it weren’t for the union, I think nobody would ever come forward with anything.”

VA workers have been facing new pressure to meet federally-determined performance metrics. The old standard was that vets should wait no more than 30 days for an appointment.

Of course, everyone’s in favor of shorter waits. But changing the target doesn’t magically solve short staffing or scheduling snafus. Health care workers at the VA found themselves in the same boat as teachers who are told to boost their students’ test scores this year—but with the same class sizes, student problems, and administrative burdens they had to work with last year.

“We just have been essentially told to build a house, and given half a toolbox and 10 nails,” Schroeder said.

Like many VA employees, she’s a disabled veteran herself, and passionate about the agency’s mission. All the workers we spoke to wanted to improve a system they believe in, not scrap it.

The House and Senate passed separate bills in June to contract out more care. During a two-year trial period, both bills would require the agency to pay private providers to care for veterans who face long waits or 40-mile drives to the nearest VA facility. A reconciled bill is expected.

Putting a sunny face on it, the union commended Sanders for making sure the trial period tracks “the quality, cost, and timeliness of care secured from the private sector.”

Still, the plan could be the thin end of the wedge of privatization, pushing veterans out to navigate a fragmented private system on their own.

The VA’s national coordination is one of its strengths: a centralized medical record, for instance, so all your providers can see the same test results. You never have to repeat an X-ray because you can’t get the last one sent over.

Despite the short staffing, “I work with better clinicians at the VA than anywhere else I’ve worked,” said a specialty provider who’d worked in private practice and for nonprofits.

While private surgeons get paid per surgery, the neurology provider said, “I tell patients all the time, ‘I’m sending you to our VA neurosurgeon. They will only operate on you if you need it.’”

One more way we could help alleviate the strain on the VA, she said: “How about not sending people into these meatgrinder war zones?”

“There’s no reason to redeploy someone who’s already rated 70 percent disabled for post-traumatic stress disorder,” said Schroeder, “but we see it all the time.”

The neurology provider said many of her patients, men in their 20s, are so traumatized from multiple deployments and blasts that they can hardly function.

“People who’ve suffered the kind of trauma they’ve seen, all their health problems are worse,” she said. “They can’t sleep, they’re depressed, they’re anxious—and that makes everything else worse.

“I often say if somebody could sit in my chair for a couple weeks, they would have a completely different perspective on war and what we do when we send people in.”

A version of this article appeared in Labor Notes #424, July 2014. Don't miss an issue, subscribe today.

Alexandra Bradbury is editor and co-director of Labor Notes.al@labornotes.org
Related
Virginia Public Sector Workers Are Organizing to Make Their New Bargaining Rights a Reality »
Will the Stimulus Stop States From Slashing More Jobs? »
VIDEO: Health Care Strikes During a Pandemic »
Will Urgent Care Doctors Be Forced to Strike in a Pandemic for the Right to Go Home? »
A Common Defense: Mobilizing Veterans in Labor to Beat Trump and the GOP »