Movies We Love about Workers, Work, and the Workplace 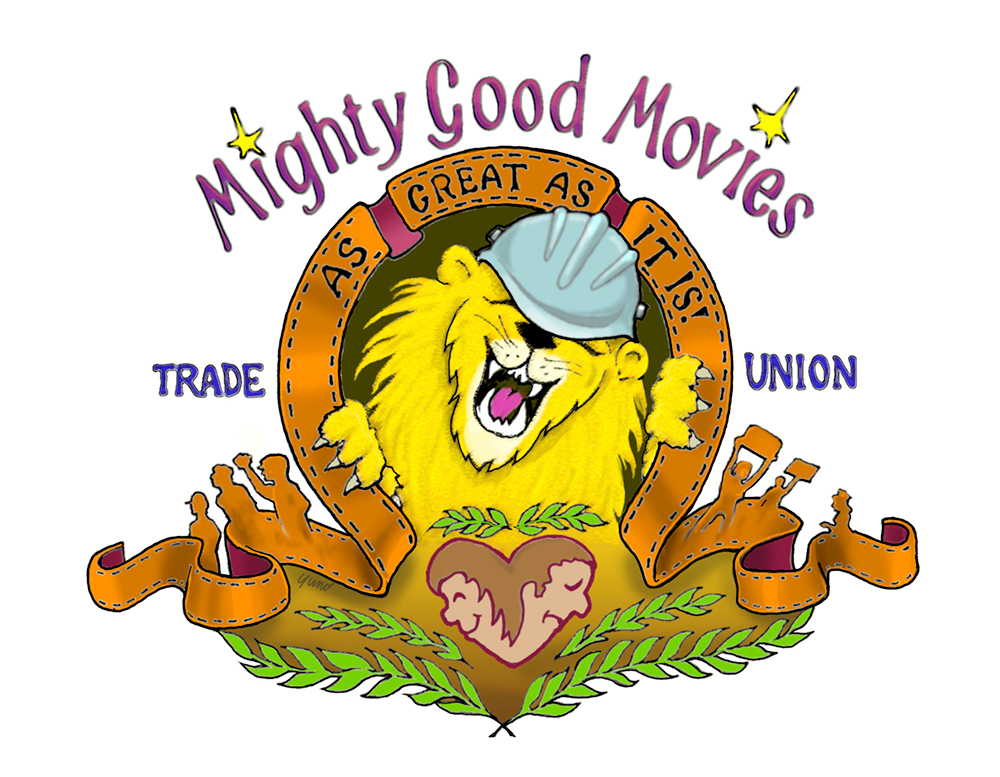 From “Bee Movie” to “Office Space,” the definition of labor movies has come a long way from “Salt of the Earth” and “Norma Rae.” Dozens of Labor Notes readers responded to our call for your favorite recent feature films (since 2000) about workers, work, and the workplace.

As director of the D.C. Labor FilmFest—now in our 13th year—I spend a lot of time looking for new movies that show us how central work is to our culture.

While there are many wonderful documentaries, one of the most exciting things that’s happened to labor movies in recent years has been the proliferation of feature films. Not just dramas but comedies, thrillers, and even science fiction movies with work and workers at their centers have hit the silver screen.

Sympathetic, mainstream portrayals of the lives of workers are an important weapon in our ongoing struggles. But just as important, this latest batch of movies is astoundingly entertaining. They’re not only films you want to see as an activist, but ones your family and friends come out smiling and talking about.

Before a screening of “Office Space” in Dublin a few years ago, a moviegoer spent 15 minutes telling me why he hated unions. After the screening, he stopped to tell me how much he enjoyed the film—and how it had made him begin to think maybe unions might be necessary, after all.

With a warning that this list is far short of complete, here’s what we’ve been watching, with Labor Notes readers’ comments. (For a searchable list of 2,000 films about work, workers, and workers’ issues, check out the Labor Film Database. It includes a “Highly Recommended” shortlist.)

Labor comedy sounds like the ultimate oxymoron, but Office Space (1999) has been such a hit for the D.C. Labor FilmFest that it’s the only film we show every year. “It captures the absurdity of work life for so many of us,” says Mark Piotrowski, speaking for millions of beleaguered cubicle-dwellers.

I’d include Steven Soderbergh’s The Informant (2009) in this category as well. Matt Damon—in one of his most nuanced performances—blows the whistle on price fixing at Archer Daniels Midland. Based on a true story, “The Informant” is simultaneously hugely comedic and terribly tragic.

Kenny is a 2006 Australian mockumentary starring Shane Jacobson as a Portajohn “engineer.” “Funny, based on real situations, and poignant,” says Bill Yund. “The struggling life of a working man in one of the most necessary and thankless jobs there is. You'll never lift your nose at a porta-potty worker again.”

The Trotsky (2009) is “a great flick about a kid who thinks he's the reincarnation of Leon Trotsky and organizes a union at his high school,” says John Tucker. “Funny and very relevant.” Tucker notes that the film is available on Netflix; in the Labor Film Database we include an Available Online category, which currently has some 74 entries.

Skip Oblivion and instead check out the mesmerizing Moon (2009), which the new Tom Cruise vehicle rips off shamelessly. Sam Rockwell plays a lonely miner, completing a three-year contract on the moon, who discovers things are not at all what he thought. “An excellent, allegorical depiction of the alienated character of laborers and labor-processes,” says Will Meyrowitz. “Embedded in that movie,” adds Leonard Stoehr, “is a critique of the modern workplace.”

Alex Rivera’s Sleep Dealer (2008) is a prophetic sci-fi thriller that beautifully weaves together immigration issues and drones. “The main character is a worker in Mexico who beams his labor to the U.S. over the Net and works in construction, erecting a skyscraper in California,” writes Rivera. “The secondary character is a drone pilot who is physically in the U.S. but who sends his energy to the global south in the form of a military drone, expressing his telepresence in the destruction of buildings.”

And several readers picked up on the labor issues implicit in Andrew Niccol’s haunting 2011 film In Time, starring Justin Timberlake. Will Meyrowitz says it contains a “subtle representation of the equation of time and money and its effects on the lives of labor and the poor.” Kate Spaulding praises the film’s treatment of “the horrible effects of income inequality and revolutionizing society.”

You could fill an entire labor film festival with the films of British director Ken Loach (and in fact, one year, we did just that in D.C.). His eyes, ears, and heart are always attuned to ordinary people.

Top of the list for many is Bread and Roses (2000), a moving drama set in the Justice for Janitors organizing campaign, featuring terrific performances by Adrien Brody, Pilar Padilla, and Elpidia Carrillo. You see an organizing drive up close, you see some warts on the union, and you see a relationship between sisters that will knock your socks off.

In It’s A Free World (2007), an ambitious, working-class British woman, frustrated after being fired from yet another dead-end job, sets up her own staffing agency for immigrants. This is one of my favorite recent Loach films, managing to win our sympathy for a lead character even as she slips deeper and deeper into a moral abyss.

The Irish struggle for independence is intertwined with the Irish labor movement, so it’s no surprise that The Wind that Shakes the Barley (2006) also attracted readers’ attention. It’s set during the Irish War of Independence and the Irish Civil War, in the early 20th century.

Though Loach’s 1991 film Riff-Raff is before our 2000 cut-off, in light of the Iron Lady’s recent demise, Aaron Brenner notes that it’s “a great look at work and working-class life in Thatcherite England.”

And let me add a plug for Loach’s latest, a terrific comedy-drama called The Angel’s Share, in which a young Glasgow lad and his friends from a community service group find a way out of their troubles through a trip to a whisky distillery. It’s touching, funny, and true.

In the animated feature Bee Movie (2007), Jerry Seinfeld stars as Barry B. Benson, a bee who has just graduated from college. He’s disillusioned at his lone career choice (making honey) and winds up suing humans for stealing the bee’s honey. Thin premise and not a great movie, but hey, the field of pro-worker cartoons is pretty sparse, so we’ll take it.

Much better is Chicken Run (2000), with Mel Gibson and Julia Sawalha organizing chickens to rebel against evil farm owners and escape from the farm of doom. “Great organizing film hiding as a children’s story,” says reader Robert Lindquist.

French director Laurence Cantet’s films offer a “complex look into the competing pressures on workers and bosses,” says Aaron Brenner, “while leaving no doubt that capitalism is a brutal system that has to go.”

Human Resources (1999) is one of my favorites. Frank, a business school graduate enthralled with the idea of “employee involvement,” returns to his provincial hometown to take a management position in the factory where his father has worked for 30 years. After Frank makes the mistake of asking assembly line workers for their opinions, management manipulates his findings to lay off employees—creating a huge rift not only between labor and management but between father and son. It’s a human morality tale that illustrates the personal risk behind political ideas.

Time Out (2001) is based on a true story about an executive who fabricates an imaginary job so that his family and friends won’t know he’s out of work. At first this pantomime of work registers as sad, even pathetic. Slowly and unnervingly, it becomes terrifying.

Other Cantet must-see films include Heading South (2005), about sex tourism in Haiti, and The Class (2008), a drama about a middle-school teacher in Paris that stars the actual teacher, François Bégaudeau.

Given the much greater class consciousness in Europe, it’s no surprise that a lot of the best labor films hail from there—but that’s really a whole other list. A few of my recent favorites include The Women on the 6th Floor (Les femmes du 6ème étage) (2010, France), the films of Michael Glawogger from Austria (especially Workingman’s Death and Whores’ Glory), and My Piece of the Pie (Ma part du gâteau) (2011, France).

“The long silent passages seem to perfectly capture the work of working a cart,” Pollak says. “And I loved the reverse point of view. I had simply never thought about the view from inside the cart, the work necessary to haul it to the spot.”

Pollak also appreciated the immigrant perspective, “where the most disparate people hang together and feel they have more in common than the natives”—both in “Man Push Cart” and in Dirty Pretty Things (2003), Steven Frears’s brilliant and shocking film, in which an illegal Nigerian immigrant discovers the ugly underside of London life.

North Country (2005) is a brutal portrait of sexual harassment on the job, though nothing beats Craig Zobel’s chilling 2012 Compliance for addressing this issue.

Up In the Air (2010) “sends a strong message on downsizing and how the workforce is regarded as expendable, no matter how much of their labor they contributed to building profit for a corporation,” says Kit Rafferty.

And Made in Dagenham (2010) vividly brought to life an unlikely—and largely forgotten—1968 strike by women workers at a car plant in England. It also brought cheering audiences around the world to their feet, showing that basic workplace justice issues are timeless.

Okay, it’s your turn. What other worker-themed feature films have you enjoyed this millennium? Add your favorites in the comments.

Chris Garlock is the director of the DC Labor FilmFest. Check out the Labor Film Database for a searchable list of 2,000 films about work, workers, and workers’ issues.

See too our list of novels on work and worker themes.