Could We See a Rail Strike? 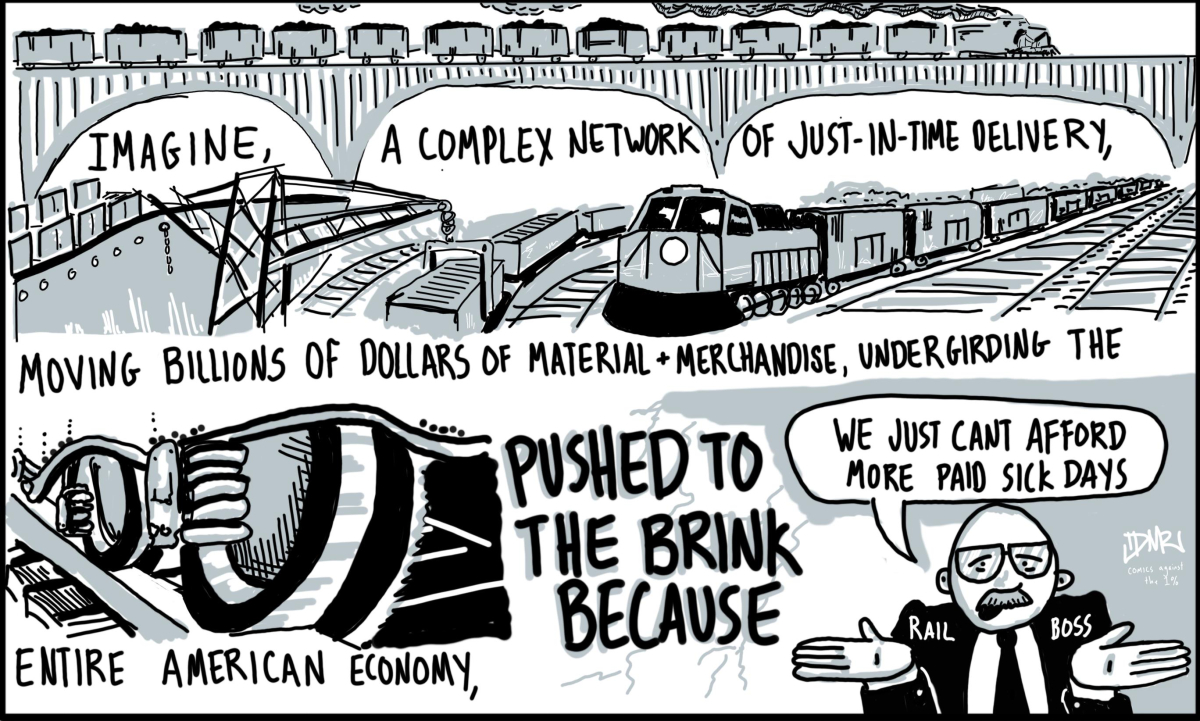 Despite fanfare from the White House and Secretary of Labor about averting a rail strike, some freight rail unions could walk out as soon as December 9.

Members of the SMART-Transportation Division, representing 28,000 workers, mainly conductors, this week became the latest union to vote down a tentative agreement. Meanwhile the next-biggest union, the Teamster-affiliated Brotherhood of Locomotive Engineers and Trainmen, was the latest to vote up its deal.

Maintenance of Way Employees (BMWE) and Railroad Signalmen (BRS) have also rejected agreements with the nation’s top freight carriers including Union Pacific and BNSF in October and are back at the bargaining table.

The carriers, who are enjoying record profits, refuse to budge on paid sick days.

Eight of the 12 rail unions have ratified agreements. But the four who voted no represent a majority of rail labor. And if some rail unions struck, others would be expected to honor their picket lines.

Congressional intervention still looms. If the unions and carriers can't reach a deal, "Congress will have to take action to avert a strike," Labor Secretary Marty Walsh told CNN.

Note: This article originally stated that a strike could happen as early as December 4, but it has been updated; December 9 is now the correct date.