How New Orleans Library Workers Shut It Down 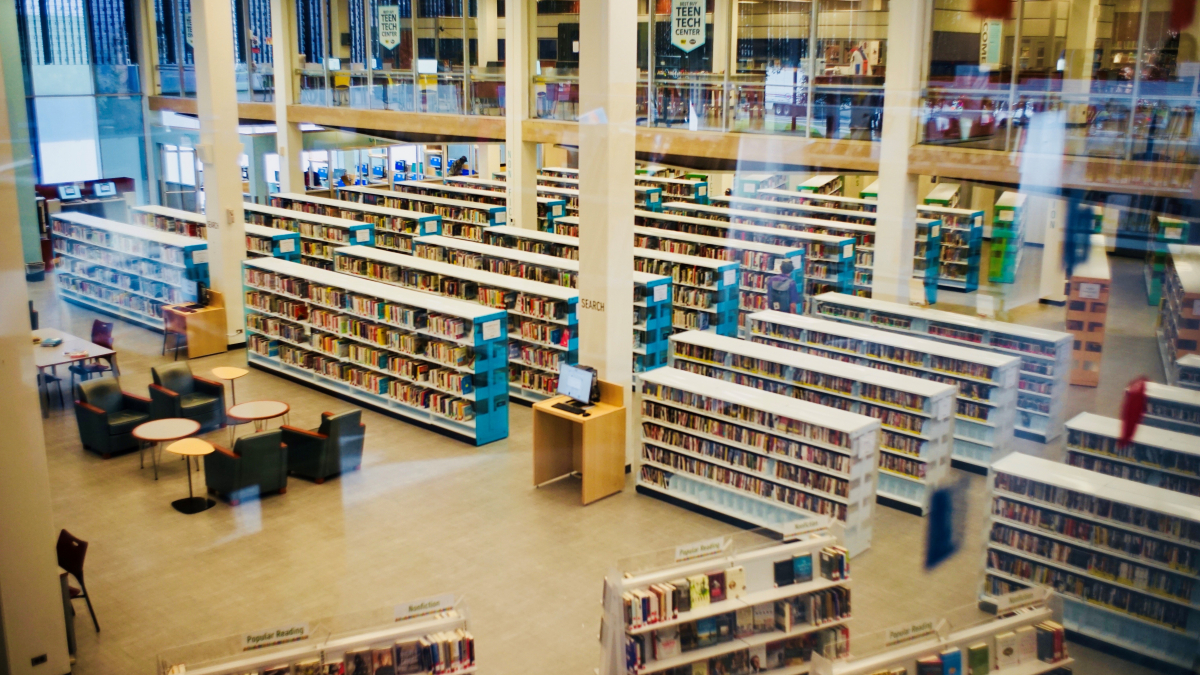 Workers at New Orleans' public libraries acted swiftly to get them shut down and eliminate risk to their vulnerable patrons. Photo: Andrew Wertheimer.

Libraries are one of the last social services to normally be open to all. Our labor affects the community health in many ways. But New Orleans library workers understood that our workplaces’ social role also made libraries a potentially massive infection site for the at-risk populations we overwhelmingly serve.

Library staff ensure access to food, childcare, health care, legal services, a safe place to stay for the unhoused, education, and social events that enhance community ties. Since libraries provide computer access and resources about government services, staff members often help patrons to navigate the internet, apply for jobs, and find government applications and resources. We create safe and intellectually stimulating spaces for young people and children, the elderly, and the homeless.

But the communities served by our library system are incredibly vulnerable. Our patrons are representative of New Orleans' black and working-class majority. As of this writing, 1,405 people have died from the coronavirus in Louisiana, and 57 percent have been black. Access to health care is already reduced among poor and African American populations, and the coronavirus is more deadly for those with pre-existing health conditions. Any decision to keep the libraries open would constitute a threat to community health.

LED BY RANK-AND-FILE, UNION AND NON-UNION

The initiative to pressure management to close the branches was led by workers directly, outside the channels of our recognized union. While officially represented by Service Employees Local 21 and now transferred to AFSCME, library workers had gone several years with sporadic contact from union officials. (As a result of the 2018 Supreme Court decision in Janus v AFSCME, the two unions swapped locals in various places to consolidate their strengths. Our union was being transferred to AFSCME Council 17 until the pandemic interrupted the process.)

A majority of library workers were unsigned, and Louisiana’s right-to-work laws actively discourage workers from joining a union. SEIU/AFSCME did not have a list of members or their contact information. We had to work from our own contacts and relationships at work. A small network of workers at different branches had begun to build an unofficial union structure in the months leading up to the pandemic.

We used many tactics in rapid succession over the course of a week. Between the first cases of COVID-19 in our state (early March) and the closure of schools across Louisiana (March 13), library staff witnessed a whirlpool of rumors, speculation, and indecision from management about how the city would respond.

None of the proposals involved closing the system entirely. Given how our libraries are designed, all workers understood from the beginning that social distancing from patrons or from each other would be nearly impossible. We knew that nothing short of closing the branches would be sufficient to protect everyone’s health.

Quick reflexes and creativity were key to our strategies. Our tactics included:

Finally on Monday, March 23, the administration announced all branches would be closed and non-essential staff were to stay home, using civil leave (emergency leave for disasters). This announcement followed the governor's stay-at-home order, essentially beginning the statewide quarantine.

A week and a half had passed from the beginning of our organizing to the closure of all the branches. In that time we had reasserted the potential of collective action in a workplace that days before had had only a handful of union members and mostly despondent opinion about the possibility of change.

Throughout this organizing, NOPL workers have been deeply anxious about retaliation from management. Many workers remain skeptical about the union’s ability or willingness to defend them. The organizing team will use this time in quarantine to begin the long process of rebuilding leadership and accountability among library workers. A major part of our organizing has been to reassert the importance of the union, to get people to sign cards, and to connect the union staff organizer to our members. It will take time to build a member-driven union structure at every branch, but every day this crisis demonstrates the need for workers to organize.

DISASTER AS A PRETEXT

Back in 2005 New Orleans set a precedent for using disaster as a pretext to dismantle and privatize the remaining institutions of public welfare. After Hurricane Katrina, New Orleans became the experimental laboratory for neoliberal “reforms” to the public sector. The high rates of infection in New Orleans reflect the devastating consequences.

One of the first acts of the state legislature after the storm was to fire all of New Orleans’ public school teachers, a workforce that was unionized, majority black and female, and made up of career education professionals. Since Katrina, New Orleans public schools have been entirely handed over to privately run charter operators with the help of Teach for America and other “education reform” foundations. These operators have complete control over the hiring, firing, wages, and benefits of their teachers, leaving the reconstituted school board a mere husk to facilitate this privatization scheme.

Public housing was turned over to public-private partnership and remodeled along “mixed-income” and “new urbanist” plans to break up black working-class communities. The new housing projects look brighter and more like “New Orleans” houses, but have significantly reduced the number of units overall and the number of Section 8 units.

Public health care as well was dismantled in the years following the storm, as former governor Bobby Jindal moved to transfer the state-wide Charity Hospital system to the control of Louisiana State University and private health care companies. The grand “Big Charity” hospital in downtown New Orleans, where so many of the city’s poor and working class received medical attention, continues to stand unused and empty—but undamaged—since late 2005.

Already, we have heard the mayor warn that possible furloughs and layoffs await city government, including the library system, due to falling tax revenue. To keep the libraries in New Orleans a public resource, library workers will have to be organized to fight privatization.

Ian Wolfe is the pseudonym of a New Orleans library union activist.