On Pace for the Biggest Labor Notes Conference Yet 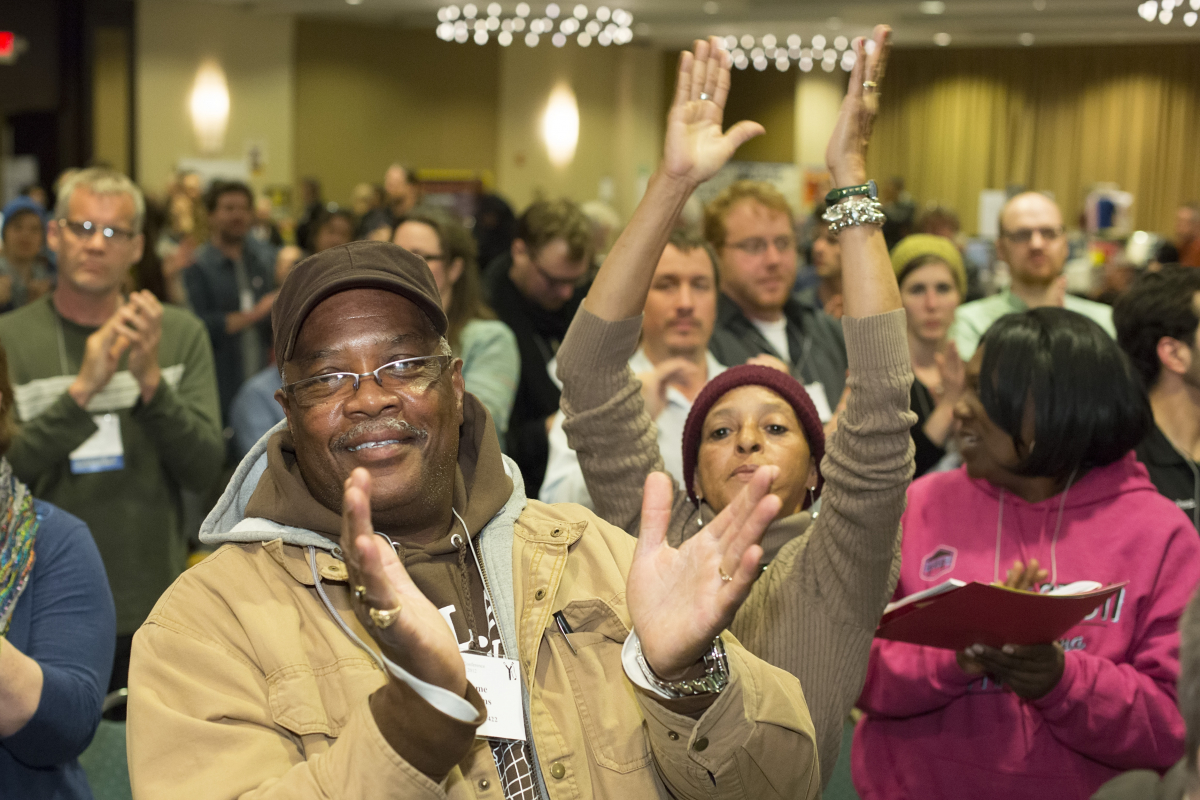 Labor Notes Conference bring together thousands of union members, officers, and labor activists who are on the front lines in our workplaces and our communities. Photo: Jim West

With less than two months to go, we’re happy to report that we’re on pace for the biggest Labor Notes Conference yet. We hope to see you in Chicago, April 6-8—and that you’ll be coming with a group!

Labor Notes Conferences are the biggest gatherings of grassroots union activists, worker center leaders, and all-around troublemakers out there. This year we’ll again have more than 100 workshops. Labor Notes staff is working diligently to put the finishing touches on the conference program, which we expect to put online by mid-March (for a glimpse of what the conference is like, check out the 2016 program). As always, we’ve lined up speakers from the frontlines of recent struggles, including:

We’ll also have meetups for union activists from various industries, including telecom, manufacturing, higher education, K-12 education, building trades… You get the gist.

Register by February 23 to get $45 off with our early bird discount. Visit labornotes.org/2018 for more details and to register.

Looking to raise funds to bring a delegation? You might consider following the example of the Longshore Workers (ILWU) Local 23 Young Workers Committee, which raised $1,300 for the group’s trip to the Conference by selling home-smoked pulled pork and sloppy Joes. In the Bay Area, enthusiastic Labor Notes supporters held a dance party and raised $6,000 for scholarships. And in Portland, a committee of Labor Notes stalwarts organized a brunch to help fund local activists.

See you in Chicago, troublemakers!

Dan DiMaggio is assistant editor of Labor Notes.dan@labornotes.org
Related
First Virtual Troublemakers School a Hit in Western Mass »
Welcome, Sarah and Luis! »
A Special Message from Sara Nelson about Why Labor Notes Matters »
To Hand Labor Notes to the Next Generation, Join Me in Giving »
Farewell, Samantha »