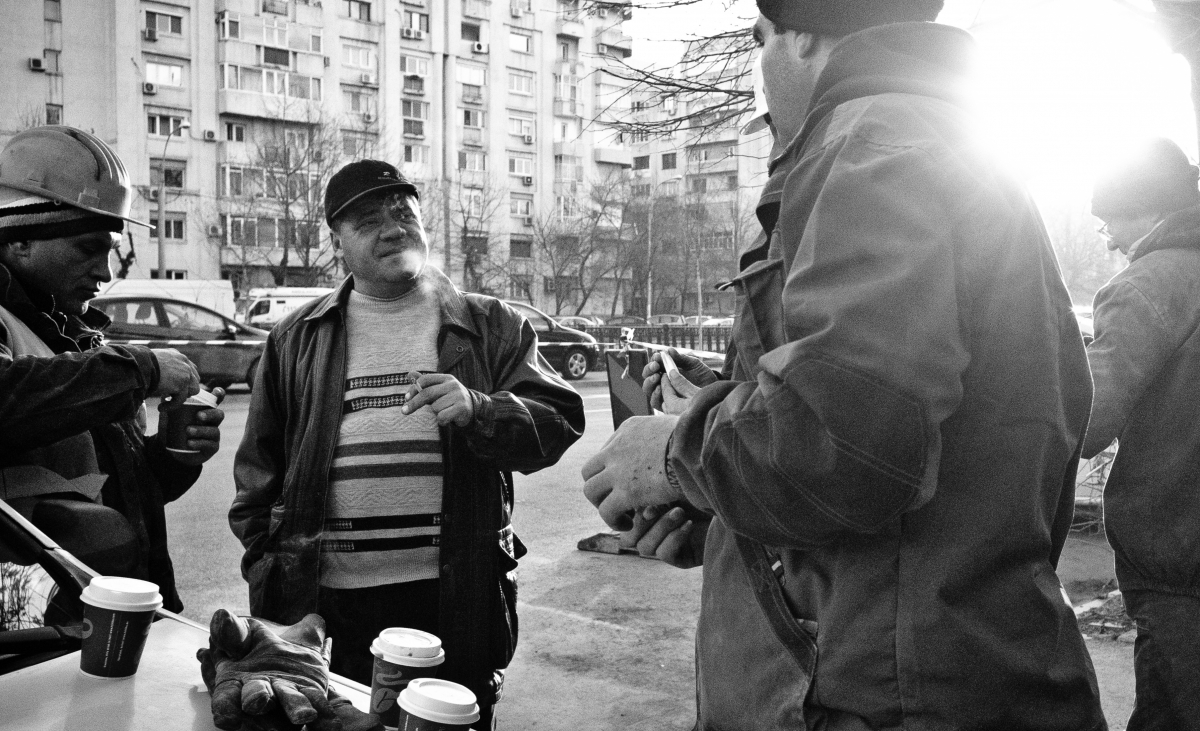 When coffee-break conversations turn to an issue in the news, like sexual harassment, you get the chance to help co-workers see how the issue relates to their own lives and yours. Electrical worker Erin Sullivan writes, "If a dozen electricians can have these heartfelt, tough conversations, then it can be done." Photo: J Stimp (CC BY 2.0)

Some days the men I work with amaze me. It was just about time for coffee when the Matt Lauer story broke. [NBC fired the "Today" co-host November 29 over allegations of sexual harassment. -Ed.] So one of the guys says, “Why now? Why are all these women coming out now? Why didn’t they come forward before?”

It became a moment in which we were able to have that heartfelt, tough conversation. I said, “I can tell you from a woman’s perspective and a girl’s perspective.”

I said, when you are a child and this happens to you, the first thing you feel is shame. Shame that you did something to make this happen. That if you had not been in that space at that point in time then maybe this wouldn’t have happened.

Second, you think, “No one is going to believe me.”

Third, you don’t want to relive the entire trauma over, you just want to block it out—and you try as hard as you can to do that. Some act out, some pick up substances, some do other behaviors to get out of themselves.

Think about one of your children feeling all of those horrible feelings. It’s more than any child should have to bear.

I said, "I did speak up to every man who harassed me." I am a woman who has no problem speaking up. But my issue came with speaking out. In other words, I took on the harassment on myself. I didn’t want to be labeled as “That Girl,” and I didn’t want to feel less a part, any more then I already did. I also knew that if I spoke up, I would be the one moved—or worse yet, laid off.

We were able to talk about their daughters, how they felt as fathers, how they speak to their sons about how to treat girls. It was very heartfelt, humorous at times, and it wasn’t about being a man, being a woman, being black, being white, being straight, or being gay. It was a conversation about being human.

I told them all, “The amazing thing is that, because of these women coming forward, we are able to have a conversation here at coffee that is respectful, educational, and informative.”

It’s moments like this when I have faith in humanity. If a dozen electricians can have these heartfelt, tough conversations, then it can be done. I walked away with such an empowered feeling. It was a moment when you sit back and know that you are the woman you always wanted to be: a woman of honor and dignity.

Then it was off to do electrical work.