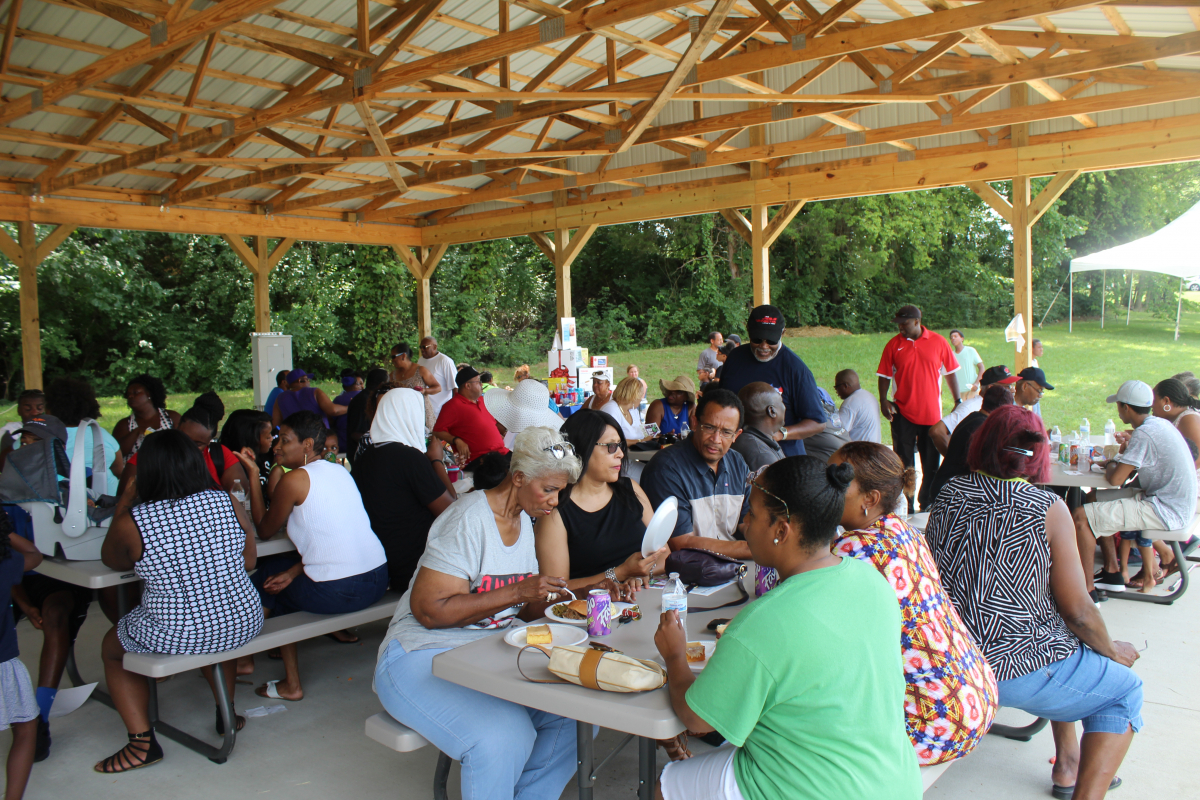 By reaching out to workers—and their families—at every opportunity, ATU Local 1235 in Nashville has seen its membership rate jump from 60 to 80 percent. Photo: Patrick Green

At Labor Notes trainings I hear lots of reasons why union members think their co-workers aren’t involved: They don’t understand labor history. They don’t appreciate all the union has done for them. They watch Fox News. They’re scared or apathetic.

I always say, “Remember what inspires people to organize a union in the first place. They join and stay involved when they experience what it means to wield collective power.”

This story takes place in my home state of Tennessee, where Patrick Green started driving a bus in Nashville in 2008. Back then, he says, here’s how negotiations typically went in Transit (ATU) Local 1235: A month before bargaining, officers “would send out a note to the members asking for the top three things they wanted the union to achieve. Then the executive board would never say another word about it.”

When it was time to ratify, members never saw the deal. “We would come in and vote on the agreement without knowing anything about what was in it,” Green said. The union seemed useless, and for a long time he didn’t get involved.

But that changed in the lead-up to 2015 bargaining, when friends who knew he had a management background and experience with negotiations encouraged him to get involved in the contract somehow.

Union leaders weren’t so enthusiastic. “The leadership rejected all of our attempts to help,” said Green. “Out of this frustration with getting involved, my friends said I should run [for president]. I agreed.” Two other members agreed to run with him.

One member had the idea of hosting town hall-style debates among the candidates—something the local had never done before. Held over multiple Saturdays at a Shoney’s restaurant, the debates drew an enthusiastic response. Members showed up with their families to eat breakfast and lob questions.

The incumbent president had run the local for 18 years. Green had no formal union experience—and says he’s an introvert.

But at the town halls, Green and his slate laid out a different vision for the union. In particular, they pledged transparency and member participation in negotiations.

In a field of four candidates, Green swept 65 percent. The others on his slate won as well. And the new leaders jumped right into negotiations, winning some strong gains—starting wages went up by $3 an hour—in a contract that all members got the chance to read before casting their votes.

It’s no wonder that in “right-to-work” Tennessee, Local 1235 is recruiting new members. A year ago, its membership rate was 60 percent. Now it’s 80 percent.

Organizing conversations are a key recruitment tool. Union officers and stewards meet with workers to hear about workplace problems and plan how to fix them. They reach out at every opportunity, including at new-hire orientation, during training, and when they meet to bid for jobs.

The union doesn’t limit these conversations to new hires—or even to members. “Many times it is the spouse that takes the children to the doctor, so we reached out to talk to them about our medical insurance,” Green said. “We even opened it up to non-members.” The local has also worked alongside a worker center to found a Bus Riders Union.

Since Nashville drivers are employed by a private nonprofit, not the city, they have the right to strike. Green is organizing a meeting in September to talk with members and families about financial planning—both for retirement and for a potential strike.

The meeting is part of involving everyone in a plan to win a better contract. “I will be asking our members to put away $20 per pay period into an account to build up for a strike next year,” Green said. “The bank will be on hand to help them open the account for free.”