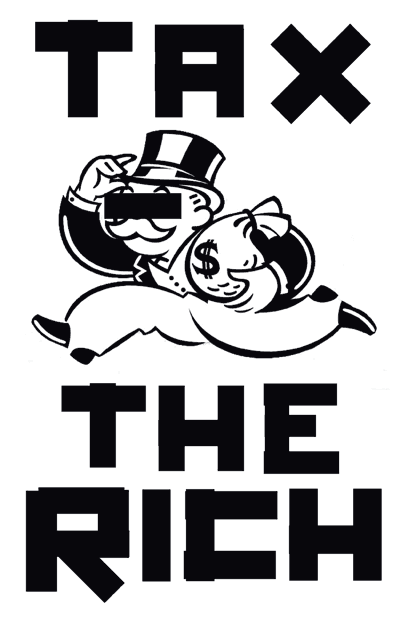 By underfunding audits, politicians are helping their rich friends get away with tax evasion. The resulting shortfall provides an excuse to weaken government programs they never liked anyway. Photo: John Emerson. backspace.com

It’s April—that delightful month when most Americans pay our taxes.

Okay, paying taxes may not actually be enjoyable. But they do pay for (or should pay for) roads, schools, universities, bridges, power lines, clinics, libraries, buses, trains, Medicare, Medicaid, and Social Security.

However, Internal Revenue Service workers—members of the National Treasury Employees Union—have been screaming from the rooftops that their ability to collect revenue to fund government programs has been severely hampered by short staffing and underfunding.

Those problems sound familiar, right? For many workers in the public sector, it’s a vicious cycle. Programs are cut back, workers have to do more with less, services decline—and then Republicans point to the subpar services to make the case for privatization or elimination.

There’s a special irony when the IRS itself has this problem.

According to the Treasury, every $1 invested in enforcing tax laws brings in $6 in added revenue. Yet in the past four years the agency has lost 10,000 jobs (11 percent of its workforce) and $1 billion in funding, while the number of tax returns increased by a million a year.

In plain terms, the cuts mean fewer audits—which means more white-collar tax evaders are getting away with it.

If you’re cringing at the thought of being audited, breathe easy: we’re not talking about everyday taxpayers. Last year less than 1 percent of people making under $200,000 were audited.

But of the largest-income earners and businesses—the high rollers raking in over $10 million a year—the IRS was only able to audit 24 percent of tax returns in 2013, down from 30 percent in 2010. And for returns in the $1 million to $5 million range, the IRS could only audit 16 percent, down from 21 percent.

The result: in the past four years the annual amount collected by IRS enforcement actions has dropped by more than $4 billion. Even when it looked back at 2006 data, the agency estimated 17 percent of taxes weren’t collected, creating a tax gap of $450 billion a year.

The IRS is also responsible for tracking down rich people and corporations who hide their money offshore. According to some estimates, U.S. corporations avoid $100 billion in taxes annually by shifting their profits overseas.

So by gutting the agency, politicians aren’t just weakening government programs and regulations they never liked anyway. They’re also helping their rich friends get away with not paying the taxes they owe—all the while complaining that government doesn’t work.

You might have experienced another result of the cutbacks if you tried calling the IRS with a question. This year, employees could only respond to 60 percent of taxpayer calls, with average wait times of 20 minutes. Next year the agency forecasts it’ll be even worse.

Union members at the IRS have been making all these points for years. In February they packed the Capitol and their president testified before Congress about the impact of cuts. In March NTEU announced it had beaten back two unpaid furlough days.

Tea Partiers cried foul a few years ago, claiming that IRS staffers gave special scrutiny to conservative groups applying for tax-exempt status. But just like the firestorm around long waits for Veterans Affairs health care, their grandstanding was aimed at attacking the program so they could cut it back even further.

Instead of cutting back the IRS, we should be raising taxes on the rich—and making sure the agency’s workers have the resources to collect them.