Thanks for Letting Me Do the Easy Part 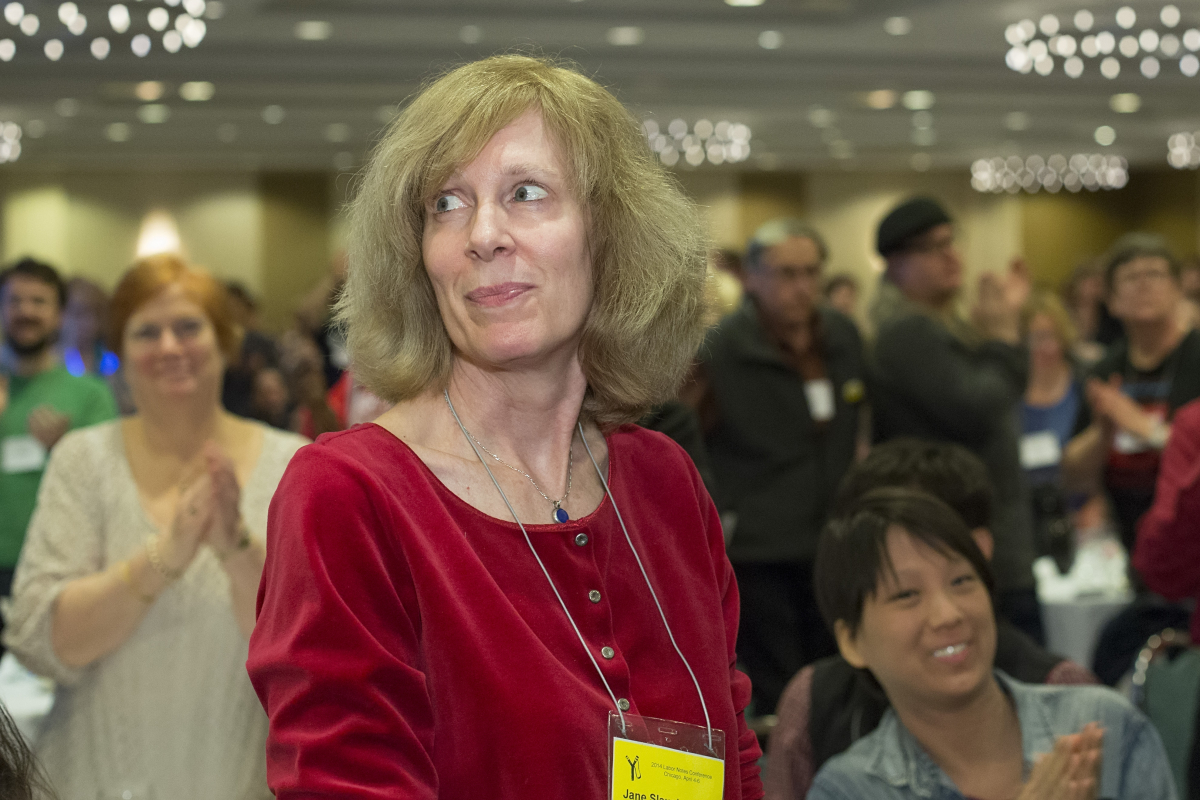 In February 1979, when the first issue of Labor Notes came out, union members considered it automatic that each contract would be better than the one before. Those were the days!

The labor movement was actually pretty boring then. Unions were big lumbering bureaucracies, with high salaries for officers who’d been out of the shops for decades. Some of them liked to golf with the boss. They plodded along, winning raises but ignoring what work was like for the member on the line.

When we founded Labor Notes, little did we know that just a few months down the road, employers would discover that a signed contract wasn’t written in stone. Concessions could be had.

And thus began 35 years, and counting, of assault at the bargaining table, on the shop floor, and now in politics, too.

I’m proud that in the 1980s Labor Notes insisted that “concessions don’t save jobs” and did our best to undermine labor-management cooperation programs.

You could not open a union newspaper—or often a mainstream newspaper—in that decade without reading how lovely it was that unions and executives were finally laying down the hatchet. Why, it’s delightful! Workers can make concessions in their contract, and in exchange they’ll get a “say” in running the show!

In other words, at the same time you were weak enough to get concessions forced on you, miraculously, you were also strong enough to be gifted a whole new level of power.

In truth, employers used “cooperation” to study how the work got done. They were super-aware how much their profits depended on getting us to work harder.

Meanwhile unions, at the top, were way behind on what the member’s workday was like. If you were getting a paycheck, you had no beef.

So Labor Notes put on a dozen “team concept schools,” where we helped people see through the hogwash and come up with ways to throw sand in the gears of cooperation schemes.

Today, of course, labor-management cooperation has gone the way of cost-of-living raises. No more Mr. Nice Guy. Hugely profitable companies like Boeing or UPS want concessions just because… they can.

If their friends at the top of a lot of unions will help them, that is. Both Boeing and UPS have friends in high union places, in the Machinists and the Teamsters, who pushed through this year’s concessions. The Teamsters’ executive board even changed the constitution to do it, when members wouldn’t vote the way UPS wanted.

Which takes me back to why Labor Notes was founded in the first place: unions that didn’t belong to their members. It’s been a thrill, in the last few years, to see reform slates getting elected—and immediately getting on the stick to kick some ass for the working class.

A benefit of working for Labor Notes is that you get a lot of thank-you’s. But whenever I hear that, I always think, “Gee, all we do is write about what you’re doing.” We have the easy part.

Getting to rub shoulders with you folks in the trenches is the highest privilege I can think of, on this side of the class war.

Jane Slaughter retires from the Labor Notes staff, but not from Labor Notes, today. Well-wishers can write to jane[at]labornotes[dot]org.

Jane Slaughter is a former editor of Labor Notes and co-author of Secrets of a Successful Organizer.
Related
After 500 Issues, A Look at Labor Notes Then and Now »
Turn the Tables: Demand Concessions from Your Employer »
Maine Shipbuilders Bring the Hammer Down, Reject Concessions »
Akron Professors Vote No on 'Hit List' Layoffs that Would Tear Up Contract »
Viewpoint: Concessions Are Back. So Are the Flashbacks. »