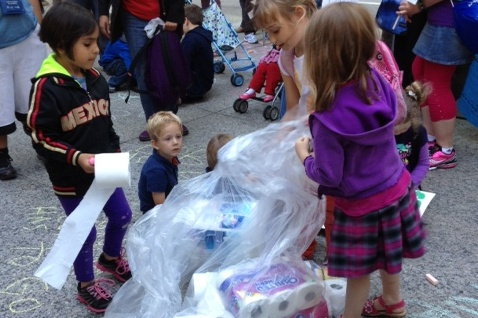 Mayor Rahm Emanuel is ramping up his war on Chicago’s poor this summer. Not only is he closing 50 public schools—the largest mass school closings in U.S. history—but now, without warning, he is drastically cutting the budgets of most of the remaining schools.

Some schools are being told they must cut upwards of 25 percent from their already low budgets. At Kelly High School, for example, on the city’s south side, the budget was cut by $4 million—resulting in dozens of layoffs. At Lane Tech High School, 35 positions are being axed.

Emanuel announced the record closings this past spring. Hundreds of teachers were laid off, and thousands of low-income students will be displaced—an overwhelming majority of them African-American. Parents have filed lawsuits to halt the closings.

First the mayor claimed the closures were needed to erase a $1 billion deficit Chicago Public Schools (CPS) is supposedly facing. But that amount seems be infinitely renewable, and usable for any occasion.

Next we were told that the board was somehow cutting $600 million from its own central office, and yet the billion-dollar deficit still remained. For this new round of devastating cuts, at least $162 million, the mayor and his hand-picked, unelected Board of Education are once again citing a billion-dollar deficit.

And now the board says teachers need to cut pensions drastically—or we will have a billion-dollar deficit.

The layoffs have reached at least 3,129 and will continue to rise—another six schools are being “turned around.” At a turnaround school the entire staff, from custodian to principal, is laid off and may or may not survive the reapplication process.

At Uplift High School, “in the past we have been able to be successful due in part to smaller class sizes,” said Karen Zaccor, a biology teacher. “Now if we increase class size by 50 percent [because of the budget cuts], teachers will have less time to spend with each student. It’s simple math.”

No Hot Dog Left Behind

Even while the mayor tries to balance the schools’ budget on the backs of poor, mainly African-American, families, he is doling out large sums to his corporate buddies.

Emanuel has directed his city council to approve $33 million to build a new basketball stadium for DePaul University, a private school.

CPS will also drastically increase the money given to privately run charter schools and to Teach for America, which sends novice teachers with little training into the schools. Many Chicago citizens are questioning why CPS needs to spend money to hire Teach for America temps while at the same time closing scores of schools and firing thousands of experienced teachers.

Even Vienna Beef is being rewarded with $5 million in tax dollars to move its factory from the north side of the city to the south side. The company was supposedly being courted by other states. Apparently Emanuel is committed to ensuring no hot dog is left behind.

Hundreds of Chicago Teachers Union (CTU) members and parents, along with more than a dozen parent and community organizations, are fighting back against the mayor’s shock tactics. Rank-and-file members have been working with parent groups such as Raise Your Hand this summer to go into the neighborhoods and educate the community about “tax increment financing.”

The city’s TIF funds, which come from property taxes, are supposed to be used to develop projects in “blighted areas.” In reality, this money—in the billions of dollars—has been used as a slush fund for Emanuel and his predecessor Richard Daley to reward politically connected buddies. One was billionaire Hyatt hotels heiress Penny Pritzker, a former school board appointee and now Secretary of Commerce, to build a Hyatt in the Hyde Park neighborhood. Historically, there has been little transparency about how this public money is spent.

CTU says the money should go to the schools.

CTU is organizing community members to take to the streets to raise awareness about what the debilitating cuts will mean for their children. For example, the new funding system lumps the cost of materials into the same budget principals use to hire teachers—forcing some principals to choose between cutting teachers or cutting toilet paper.

So parents, students, and CTU members have held toilet paper drives this summer. One of these protests was held outside the downtown headquarters of JP Morgan Chase, where the Chicago Tribune was hosting a chat with CPS CEO Barbara Byrd Bennett. Protesters marched, chanted, and collected toilet paper donations to highlight the district’s lack of regard for children’s dignity.

Because of a change in how the schools now receive funding, principals are also being encouraged not to hire experienced teachers—but rather to spend their money on lower-paid first-year teachers.

“The board of education is trying to balance their books on the backs of the kids,” said Georgia Waller, a teacher at Beard Elementary.

CTU is planning protests outside the conference at the Palmer House Hilton downtown, August 8.

Nate Rasmussen is a preschool teacher and a member of the Chicago Teachers Union.