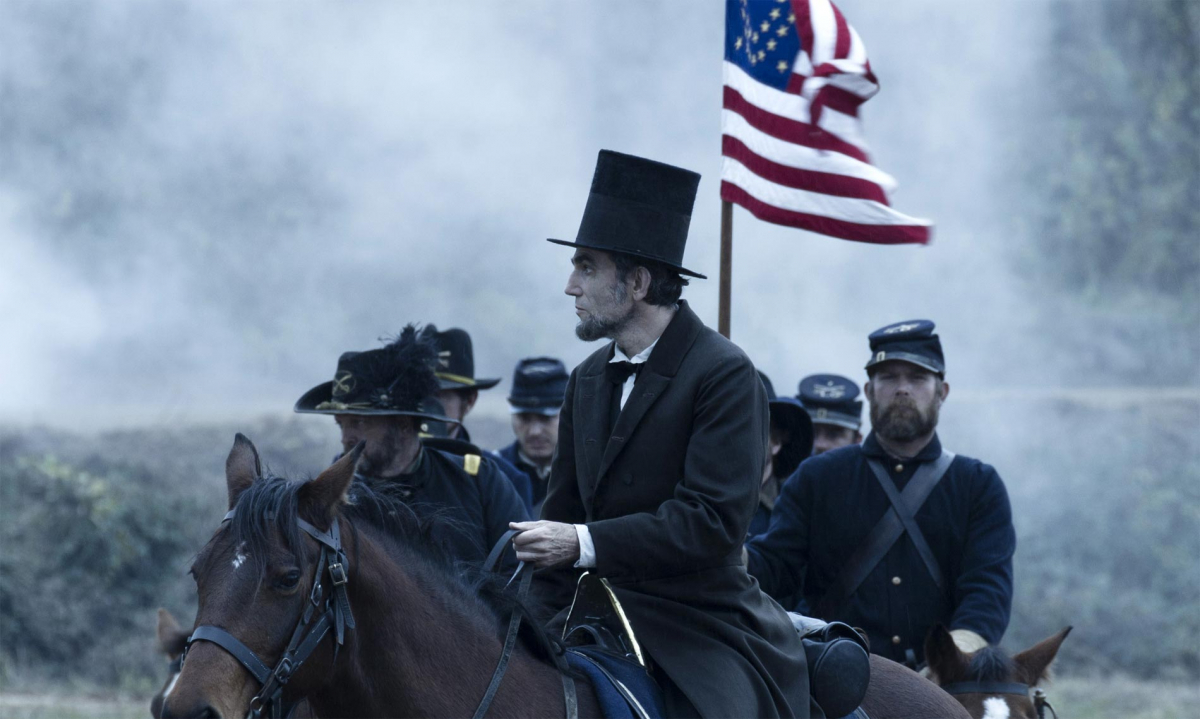 In its tight focus on the president, "Lincoln" ignores the slaves' general strike that forced Congress to confront slavery and helped win the Civil War.

“Lincoln” features luminous performances and a feel so authentic it’s as if one’s been transported back to 1860s America. It shows aspects of history not usually seen, such as the portrayal of Radical Republican Thaddeus Stevens, who hadn't been shown in a movie since his demonic presentation in “Birth of a Nation.” It's a very polished Hollywood movie.

The strongest critique of the film is its failure to portray black people acting in our own interests. We're passive observers while events that are critical to our lives go on.

The film also portrays a very narrow slice of history, in a very limited theater: the passage of the 13th Amendment, which prohibited slavery, in Congress. It certainly doesn't project the large events of the Civil War, and, like most American films, does not tell the labor story. That's one of the reasons it cannot tell the black story, because the black story is the labor story.

Of course, coverage of history in the United States usually features great individuals rather than the mass movements of people that actually move history. Hollywood loves to project heroes, as in “Lincoln.”

But in fact, it was black people, enslaved people, who altered history, who changed all the political discussion during the Civil War through their actions in a general strike.

At the beginning of the war, Northern politicians tried to build a coalition with the border states, where the interstate slave trade was critical to their economies. They argued that the war was not about ending slavery but about keeping the Union together. Initially, Northern commanders had orders to return slaves, as property, to their masters, reinforcing the pretense that the war was not about slavery.

As abolitionist and former slave Frederick Douglass said, the Civil War was begun “in the interest of slavery on both sides. The South was fighting to take slavery out of the Union, and the North fighting to keep it in the Union.”

But from the beginning, the slaves left the plantations and sought out the Union army. When they located them, the former slaves performed non-military labor for the troops. Northern commanders frequently violated their orders against taking slaves and putting them to use.

Historian W.E.B. DuBois, in his seminal Black Reconstruction in America, 1860-1880, estimated that a half-million slaves found the Union Army (this does not include those who left the plantations but did not join the invading forces).

This mass loss of labor caused an economic crisis in the South and made the sabotage campaigns by slaves who remained on the plantation even more effective. Without workers, land became unproductive and cash dried up, motivating some owners to put some slaves out for hire. These slaves gained more freedom of movement and often kept a portion of their wages.

Just as the general strike crippled the South, it aided and enhanced the Northern invasion, with the escaped slaves becoming wage-earners, farmers, laborers, and, eventually, soldiers and spies for the Union. This is the activity that led Abraham Lincoln to issue the Emancipation Proclamation in 1863.

No strategist—North or South, abolitionist or planter, general or legislator—no one foresaw the power of the slaves’ actions when withholding their labor. As Dr. DuBois wrote in Black Reconstruction, “The abolitionists, it was true, expected action on the part of the Negro, but how much, they could not say. Only John Brown knew just how revolt had come and would come, and he was dead.”

The actions of the slaves gave power to the arguments of abolitionists and Radical Republicans. The Emancipation Proclamation was a declaration of support for what the slaves had already done and were continuing to do. Former slaves, as wage laborers and free people, presented new organizational problems for the United States.

The general strike accelerated the South's defeat in the Civil War and compelled Northern forces—Democrat and Republican—to even have the discussion about ending slavery. The 13th Amendment represented the first legal battle of a new democratic movement that would push for much more.

The Black Worker Won the War

Though a well-done Hollywood drama, “Lincoln” leaves out this important history. Just a reference to DuBois's blunt prescription would have introduced perspective: “How the Civil War meant Emancipation and how the Black Worker won the War by a General Strike which Transferred his Labor from the Confederate planter to the Northern invader in whose Army lines Workers began to be Organized as a new Labor Force.” The political story of the Civil War is the story of a general strike.

Steven Spielberg directed his telling of history through a very small window, four months in 1863, and on a very narrow stage, the U.S. Congress. The bigger lessons occurring simultaneously begin with the centrality and power of large, sweeping labor action as part of a democratic movement to change society.

The other big lesson of the Civil War is that the most oppressed people in the society, illiterate and downtrodden, changed all political agendas through a general strike.

Today, when labor is weakened and on the defensive, many unions think their power lies in their ability to donate money to Democratic politicians. Some tell their members, when soliciting political action funds, “this is what the union does,” when, in fact, the power of an organization of workers lies in those workers’ taking mass action with their labor.

The film has a bittersweet ending—the political high note being passage of the 13th Amendment, the low note being Lincoln's assassination. The other bittersweet conclusion is that the legal ending of slavery was an early battle in a much larger democratic movement that was defeated in the 19th century.

Federal troops sent to enforce a democratic movement in the Southern states were withdrawn in 1876. By 1880, the democratic revolution was overcome through violence, repression, and the establishment of Jim Crow. The battle for democracy had to be fought again in the Civil Rights revolution in the second half of the 20th century.

Tim Schermerhorn is a rank-and-file member of Transport Workers Union Local 100 in New York, the Labor Notes Policy Committee, and the Black Workers Rank-and-File Network. He is leading a reading group on Black Reconstruction in America 1860-1880, by W.E.B. DuBois.

Related
Viewpoints: How Academic Workers’ Leverage Can Grow in a Long-Haul Strike »
Every Union Contract Right Now Should Be the Best Ever »
Could We See a Rail Strike? »
Strike Wave Rocks Britain, as Unions Confront the Cost-of-Living Crisis »
Undaunted by Fines, Massachusetts Teachers Defy Strike Ban »