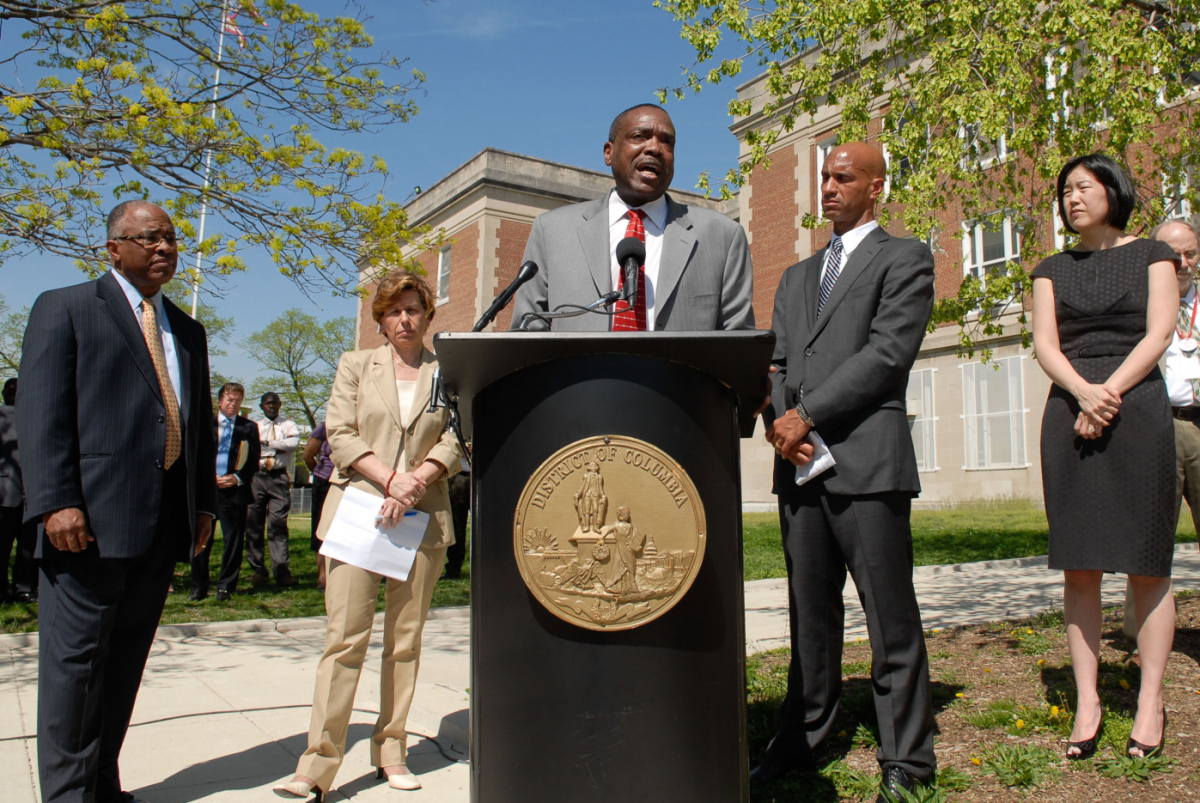 After nearly three years without a contract, Washington Teachers Union President George Parker and DC Schools Chief Michelle Rhee announced a tentative agreement this week. Flanked by Mayor Adrian Fenty and AFT President Randi Weingarten, the two lined up behind a privately-funded agreement that would institute merit pay while continuing to whittle away at teacher job security.

The agreement is sure to receive scrutiny from teachers and city council. The council’s financial officer has yet to approve the newfangled funding mechanism, which draws on foundation money. The timing of the deal, and the teacher ratification vote, comes not a moment too soon for Parker, who hopes to seal an agreement before facing current Vice President Nathan Saunders—an outspoken critic of both Rhee and Parker —in May’s union election.

Rhee was appointed by Fenty in 2007, and got to work pushing her “sweeping” reform: to give unprecedented, privately-funded merit pay awards to teachers who were willing to give up their job protections for a year. The hype died down when the contours of Rhee’s "red and green" plan came out in summer 2008. Parker and Rhee convened meetings with teachers, hoping for a quick approval—but WTU members looked a little deeper, and didn’t like what they saw.

Contract talks stalled, but Rhee’s slash-and-burn agenda didn’t. She resurrected an obscure district law to put hundreds of teachers (including outspoken critics) on 90-day evaluation plans, which led to an untold number of terminations. Last fall, she used the district’s emergency powers to pursue a “reduction in force.” She fired 266 more teachers in a move that drew the ire of students—who walked out of several schools in protest—and a rebuke from City Council President Vincent Gray, who brought her before the council to explain the firings.

Gray has become a more vocal critic of Rhee as he launches a challenge to her ally Fenty in this year’s mayoral race. On the national scene, Rhee gets only good press and is still championed as a fearless reformer by Obama and the corporate education reform punditry. But closer to home, among the teachers who must vote the proposal up or down, Rhee’s heavy-handed treatment puts the tentative agreement on shaky ground.

After swapping counterproposals and bringing in former Baltimore Mayor Kurt Schmoke as mediator, Rhee and Parker’s newest iteration is not quite as “bold” as the schools chief had once hoped. But it still contains the same essence of her initial proposal.

There’s merit pay, but teachers won’t have to give up tenure, as such, to receive it. They will, however, be evaluated in order qualify for the merit pay program, on criteria that the tentative deal leaves for further negotiation. Teachers on the merit pay plan that face a job loss due to school program cuts or closings, would relinquish hiring options available to those who opt out of the merit pay program.

Non-merit pay teachers who lose their position are given choices if they can’t immediately find a new placement: a $25,000 buyout, early retirement (for teachers with 20 years of service), or another year to find work—before facing separation. But, importantly, teachers with low “performance” evaluations wouldn’t be afforded these options.

The actual decision to hire a teacher at a particular school would depend on a principal’s consent. And in making the placements, principals would now prioritize teacher "performance," as determined by Rhee’s new evaluation system, over years of experience. WTU President Parker touts a side agreement that would form a working group to review details of the evaluation system—which by law, teachers can’t negotiate over. Teachers haven’t yet had access to those side agreements before the vote.

Across-the-board raises of 20 percent over five years (retroactive to 2007) and the merit pay system are to be funded to the tune of $65 million in private money from the anti-union Walton and Broad Foundations—and others. The unprecedented move to let private donors underwrite merit pay is Rhee’s attempt to show that D.C. schools are serious about upping test scores and tying teacher evaluations to them—a key criterion for winning federal money in the Race to the Top competition.

Rhee is a good investment for the foundations’ corporate-style overhaul of education, which seeks to bust the unions, dismantle schools, and turn them over to private charter operators. And this deal could protect her job. Council President Gray’s mayoral bid is also a challenge to Rhee’s education plans. But all indications are that the foundation money would leave with her, forcing the new mayor to scramble to meet the financial obligations set up by this week’s deal—or concede that private forces will call the shots for public schools.

Gray tried not to turn up his nose at the private support, but warned in a public statement that “there is no such thing as a free lunch,” and that the Council will have to determine “what strings are attached” to the grants. Parker and Rhee acknowledge the money is only committed through the life of the contract, after which, they say, teacher pay, merit or otherwise, will rely on public funding again.

Rhee retains a host of “plan b” powers that allow her to fire teachers, cut costs, and punish dissent—though Parker and Weingarten tout new “checks and balances” on her firing power in the would-be contract. Teachers are poring over the full contract, released today, before a ratification vote that will likely be a referendum on May’s union election.

Paul Abowd was a staff writer at Labor Notes.
Related
Viewpoint: AFT's Refusal to Challenge Democratic Establishment Leaves Every Teacher Behind »
Somerville Paraeducators Win 20 Percent Raise and Permanent Status After Nine-Month Battle »
Full Steam Ahead on Reopening Schools? No Way, Say Teachers »
Another Look at the VA, in the Midst of a Pandemic »
Second Time’s the Charm: Denver Teacher Reformer Cements a Win »