Exclusive: Transcripts Show Disgraced UAW President Strong-Armed Board to Pick His Own Successor 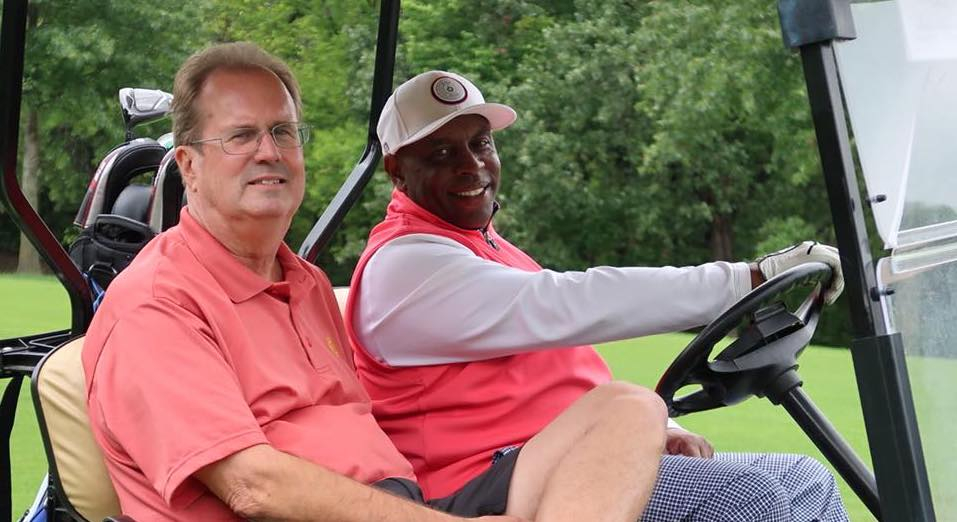 This story is part of an ongoing collaboration between In These Times and Labor Notes.

Faced with an ongoing corruption scandal that might lead to a government takeover, United Auto Workers President Rory Gamble has presented himself as representing a clean break from the union’s crooked inner circle, someone who can unite a fractured union and restore members’ trust after the UAW’s top leaders spent years stealing from the union and taking millions in employer payouts in exchange for concessions.

But transcripts of the November 2, 2019 meeting of the UAW International Executive Board, the union’s top decision-making body outside the constitutional convention, reveal that disgraced former president Gary Jones cast a deciding vote for a combined motion that provided himself with a paid administrative leave and named Rory Gamble as the interim president. The transcript of the vote raises serious questions about both the vote’s legality and Gamble’s relationship to Jones and the Administration Caucus, the powerful and secretive ruling party that has run the UAW for the past 70 years.

(These transcripts were made available to me as a member in good standing of UAW Local 1981, the National Writers Union, per my request, which is a right afforded to all members under the UAW constitution.)

That Board members should not vote on decisions that impact them personally is a general principle of good union governance. Several labor attorneys say the vote also appears to violate union-specific laws. Title V of the Labor-Management Reporting and Disclosure Act (LMRDA) of 1959 prohibits union officers from participating in decisions where there is a conflict between their own interests and the union’s.

“I would read that part of LMRDA as saying that he can’t vote in a matter in which he has a conflict of interest,” says Thomas Geoghegan, a practicing labor attorney in Chicago. “I think UAW members could challenge the legitimacy of that vote.”

“Breaking a tie vote to give yourself a paid leave of absence pending a plea deal or criminal conviction for your own misconduct as a union officer is a breach of the union officer’s legal duty to the union and violates the LMRDA,” says Barbara Harvey, a Detroit-based labor attorney with more than four decades’ experience. “If he’s convicted or makes a plea deal, Jones will be obligated to repay that paid leave.”

The meeting transcript shows that Board members themselves rebelled against the maneuver. While none expressed concern over Jones voting to provide himself a paid leave, several were upset over the vote being combined with the selection of his successor. Dissenting board members decry the unprecedented combined motion as “detrimental,” “unfair” and “bullshit.” Jones’ vote on the motion provided Gamble the narrow one-vote majority he needed to claim the union’s top position on an interim basis.

On the question of whether Jones could legally vote on his own leave, UAW spokesperson Brian Rothenberg replied via email, “As president, he convened the meeting and had voting powers until his leave was accepted.” On combining the two votes, Rothenberg wrote, “Under the UAW Constitution, when a leader takes leave, the board must choose an interim leader.”

Jones later resigned from the presidency in disgrace, and on March 5 was brought up on charges by the federal government for embezzling over $1 million out of the union. According to the Detroit News, Jones is expected to plead guilty and to cooperate with the ongoing investigation into other UAW officials—including the man he raised to the union’s top office with his improper vote, Rory Gamble.

"GARY ISN'T ON A LEAVE YET, MITCH"

The November meeting was facilitated over a conference call, and Jones requested that the Board provide him “a paid leave of absence, like [Vance Pearson] did, until we get everything straightened up.”

In August, federal agents raided the homes of Jones, then-UAW Region 5 Director Vance Pearson, and former UAW president Dennis Williams as part of their investigation into corruption in the union. Pearson was granted a paid leave by the UAW International Executive Board in October 2019 and later pled guilty to embezzling union money. Williams has not been charged with a crime.

If approved, Jones’s leave would go into effect the next day.

Region 1A Director Chuck Browning then made the highly unusual move of putting forward a single motion to both accept Jones’ paid leave request and nominate Vice President Rory Gamble to fill the position. UAW Secretary-Treasurer Ray Curry and Vice President Cindy Estrada opposed combining the motions and asked that they be split.

But a motion to split failed 7-6, with Jones as the deciding vote.

“I’m really disappointed in those motions being together,” said Estrada. “I get that you have the votes, but I think it’s detrimental to this Board.”

“I agree with that,” said Beverley Brakeman. “I think it’s really unfair. I think at this level of decision making, it deserves us being all in the same room.”

Jones then asked for a vote on the combined motion.

“If Gary is on a leave, how can he vote? I don’t understand that,” asked Region 8 Director Mitchell Smith.

“Gary isn’t on a leave yet, Mitch,” said Jones, referring to himself in the third person.

Estrada spelled it out for Smith: “They are tying it together so he has a vote.”

The vote then commenced. When it came to Region 4 Director Ron McInroy, he voted no and protested: “I think the way you’re doing this is totally wrong. You’re asking for a leave for Gary. I support a leave for Gary, but the bullshit that’s going on, I don’t support.”

“Why don’t we get Vance on the phone and let him have a vote too?” Estrada asked sarcastically.

Later in the call, then-Region 1D Director Gerald Kariem, who had voted no, implied that the motion might be legally improper. “I do not believe—and [UAW staff attorney Niraj Ganatra] should probably weigh in on this—on the motion that we took,” said Kariem. “Putting those motions together, we have never done that as a Board, two issues likes that putting them together. It happened. It’s over with. It was done pretty clever. I just wanted it on the record as folks knowing that it’s not that I’m against the move that was made. It was how it was done. It was very clever.”

The transcript does not show Ganatra weighing in on the legality of the motion.

At the next meeting in December—following Jones’ resignation—the Board unanimously voted to make Gamble’s position as president permanent.

REFORMERS DON'T COME FROM INSIDE A DICTATORSHIP

The contentious vote in November is a rare window into the divisions that exist among top-ranking members of the Administration Caucus, the party that has controlled the UAW for the past 70 years. Once the Caucus makes a decision, its members are expected to present a united front to the public, regardless of any tensions or differences.

Long-time dissidents contend that the Administration Caucus’s culture of conformity and silence has enabled corruption. This view is borne out in court documents and the UAW’s own International Executive Board discussions, where appointed union staff and aspiring leaders admitted that they kept their mouths shut about wrongdoing in the union out of fear of losing their cushy, high-paying jobs and having to go back to the grind of the assembly line.

The attorney for Videll King, a senior UAW official in the Chrysler Department and the first union leader to be convicted as a result of the federal investigation, leaned on the union’s enforced culture of silence in her plea for leniency at her sentencing hearing.

"The structure of the International UAW was, and remains, very hierarchical,” her lawyer argued. “The Vice Presidents of each of the ‘Big-3’ unions wield enormous power over their staffs. This includes virtually total discretion over who serves on staff and for how long. Persons like Ms. King are beholden to their superior, and if such a person outlasts her or his welcome that person is demoted or, worse, terminated from the International and, if the person wants to keep the union job, sent back to the plants.”

The Administration Caucus’s public message of unity was on full display when Rory Gamble, wearing a bright blue blazer with a microphone in his hand, stood at the front of the UAW Region 1A hall in late February and explained to a room of union members how he was initially approached to be interim president by the region’s director, Chuck Browning.

In Gamble’s telling, he explained to Browning that he would only take the position if he had unanimous support from the other Board members.

“I have to have the complete support of the Board because for too long our board has been fractured and to lead, you have to lead by example,” Gamble recounted to the audience. “I never believed that we should be fractured at the top and then telling you guys to practice solidarity. That don’t cut it.”

But longtime UAW activists presented with the information in the transcripts, see Gamble’s rise to the union’s top position differently.

“This is like having the accused become a member of the jury,” says Mike Cannon, a retired UAW staff member who was active in the New Directions reform movement in the late 1980s. “There is no way they should allow someone who is accused of corruption to have a say in their own future in the union. I’m astonished by it all.”

“Having Jones vote on paid leave for himself, and his replacement as president, is a clear-cut case of a conflict of interest and leads me to believe that the Gamble presidency might not be legitimate,” says Asar Amen-Ra, a member of UAW Local 869 at Chrysler’s Warren Stamping plant.

Asked for comment on the legitimacy of Gamble’s presidency, UAW’s Brian Rothenberg noted the unanimity of the second vote that installed Gamble as Jones’s permanent replacement, and the fact that no other candidates came forward for the job after Jones went on leave.

However, the Board has the power to select and confirm candidates to replace officers, and once Gamble was selected as the interim president, it was unlikely that Administration Caucus members would break rank to challenge him.

Amen-Ra remains skeptical of Gamble. “Most reformers come from outside, not the inside of a dictatorship. Gamble has been a part of the Administration Caucus for years and that caucus runs the UAW with an iron grip. If he were a real reformer, he and his cohorts would dissolve the caucus and allow all union members voices to be heard through one-man, one-vote direct elections of top leaders. That would be a start.”

Chris Brooks is a staff writer and organizer with Labor Notes.chris@labornotes.org
Related
Mexican Auto Workers to Choose New Union in Landmark Vote »
Troublemakers Schooled in Detroit and Philly »
Auto Workers Win Direct Democracy in Referendum »
'We'll Never Be in This Position Again': Striking Deere Workers Hold Out for Better Deal »
Academic Workers Join Push for One Member, One Vote in the UAW »