Turning an Issue into a Campaign 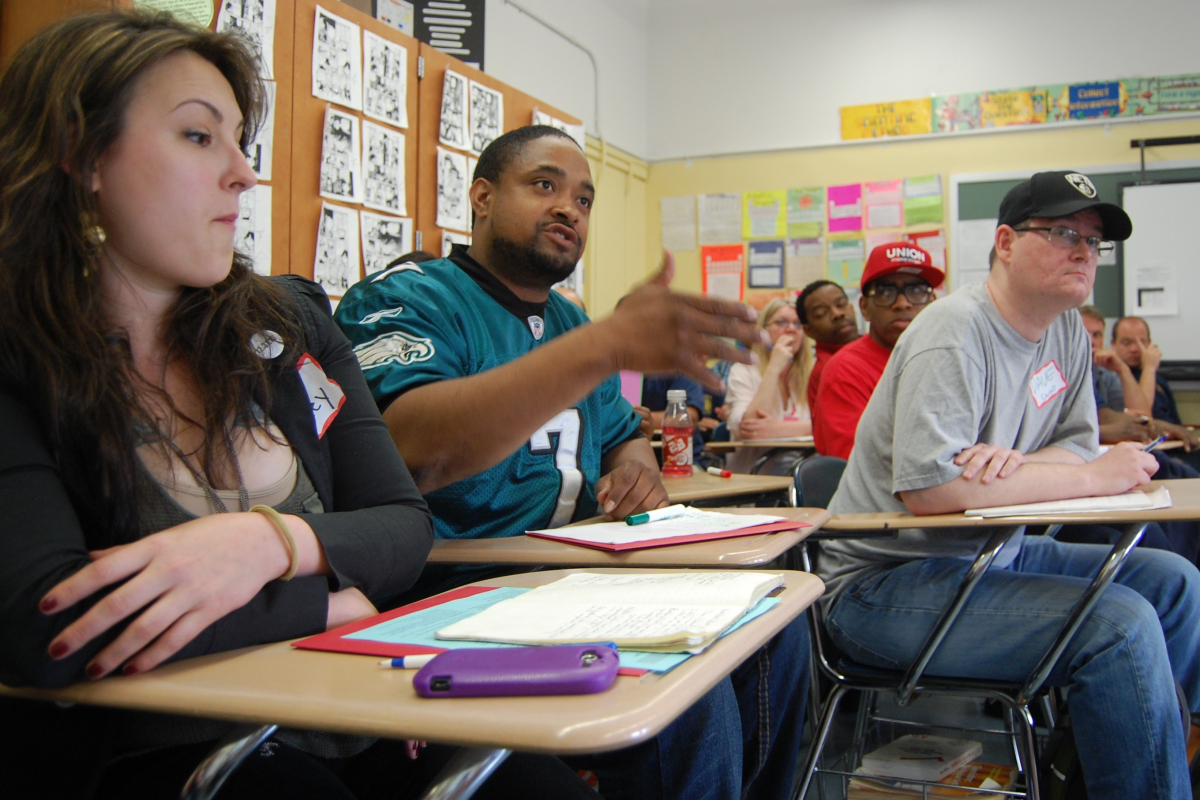 When you turn a workplace issue into a campaign, grievances become a tool for building union power. Photo: Dan Lutz.

Sandi walks up to you, the steward, just as the hallways start filling with noisy high schoolers heading for the bus. She is ready to blow her top, and over the din she tells you her supervisor is demanding that she continue driving special education students in her own car—long a part of her job as a teaching assistant—despite a recent warning from her insurance agent that she’s not covered for it.

“He told me if I refuse to drive, I’m fired,” she says. “I’ve been in this job seven years, never any problem. Can he do that?”

You’ve been a steward long enough to know the routine. You ask Sandi: “Why don’t you write up the facts of what happened? Include what your supervisor said, what led up to the conversation, whether there were witnesses. Include what your insurance agent said, your job description, how long you’ve been driving.

“Then look through the contract. Check under the insurance section, reimbursement for out-of-pocket expenses, right to refuse work…anything that might be relevant. Then let’s go talk to your supervisor together, and if we can’t get it fixed, look into filing a grievance.”

And then, because you are a great steward, one who wants to build union power from the bottom up, you ask Sandi one more question: “Anyone else in the same situation?” And that question could change everything. Now you are on your way to “turning an issue into a campaign.”

Not all issues are worthy of a campaign, of course. If Sandi reported that other teaching assistants aren’t affected, the savvy steward could still find strategic ways to use a grievance to build the union. That’s a topic for another day, however.

Grievances, while necessary tools, can make workplace problems seem like individual problems rather than collective ones that can be solved through collective action.

Ask Sandi to talk to her co-workers: How many other people are assigned to drive students? How often do they drive? What does their job description say about driving? Does everyone use their own car? What were employees told about car insurance? Have they talked to their own insurance agents?

With an informal database, Sandi can keep track of which co-workers she’s talked to, what they said, and where the information gaps are. Most importantly, encourage Sandi to tell the other assistants they’ll all need to get together to talk about how to solve this problem.

This approach has several purposes: It gets Sandi active and organizing, putting the issue on co-workers’ radar screens. It educates members, and shows them that the union is paying attention to what goes on in their lives. It makes the “fact checking” phase of the campaign a two-way process. And it produces the documentation needed to move into the action phase.

As the campaign organizer, your goal is not just to help members solve their workplace problems but to help them build collective self-confidence and power. A campaign is just a series of steps that help people focus on a common issue, identify a solution, and build pressure on the person with the power to solve the problem.

The next step is to assess if this is a problem that is deeply felt (important enough to do something about) and widely felt (a majority of those who could be affected are affected).

Let’s say Sandi comes back with a few other teaching assistants in tow, and they are fuming. It turns out that most are driving students on a regular basis, and none have been told that all liability is on their personal insurance.

Now your task is to help members clearly define the problem and a winnable solution. Get the assistants together to weigh the pros and cons of different approaches. Sandi leads off, summarizing the facts she and her co-workers have gathered in face-to-face meetings, phone calls, and surveys. “We’ve now got information from 37 out of 42 assistants,” says Sandi. “It’s really a strong case.”

The results of this careful effort showed that 80 percent of the workers were driving students in their own cars, with no insurance provided by the employer. “But we found one interesting exception,” Sandi explained.

“One gal went to the supervisor—like two years ago—and said she’d only drive if the district covered her under its policy. So they did—but they said she couldn’t tell anyone else.” Everyone’s ears perked up at that news. One member pointed out that if they were all talking to each other more they would have figured this out a lot sooner.

THE RIGHT KIND OF PLAN

The meeting gets really lively at this point, as the members debate solutions and strategies. As steward, your job is to raise questions and criteria that will help the members reach consensus on a plan: What can we do that will actively involve the members—a petition, a mass meeting with the supervisor, a job action, what else?

What are the possible impacts and risks of each of these actions? Who are our allies? What’s the outcome we’re looking for? Who has the power to make this happen?

By the meeting’s end there will be a plan with a series of accelerating tactics written out on a timeline, which will keep the members engaged and increase pressure on the boss to solve the problem. Before things break up, you make sure everyone knows their tasks, agrees to report back, and keeps in touch to adjust the plan as things unfold.

Of course, Sandi wants you to file a grievance, too. But now it will be a group grievance, presented en masse to the supervisor during her lunch break, accompanied by a delegation of supportive teacher union members, with a tape recorder running.

When you turn an issue into a campaign, grievances become a tool for building union power.

Ellen David Friedman was an organizer for the Vermont-National Education Association.

A version of this article appeared in Labor Notes #437, August 2015. Don't miss an issue, subscribe today.
Related
Steward's Corner: A Path Out of Fear »
Steward's Corner: What to Do When Your Union Leaders Break Your Heart »
File an Information Request with Every Grievance »
How To Pull Off a Quickie Strike »
Steward's Corner: Don't Complain, Organize! »