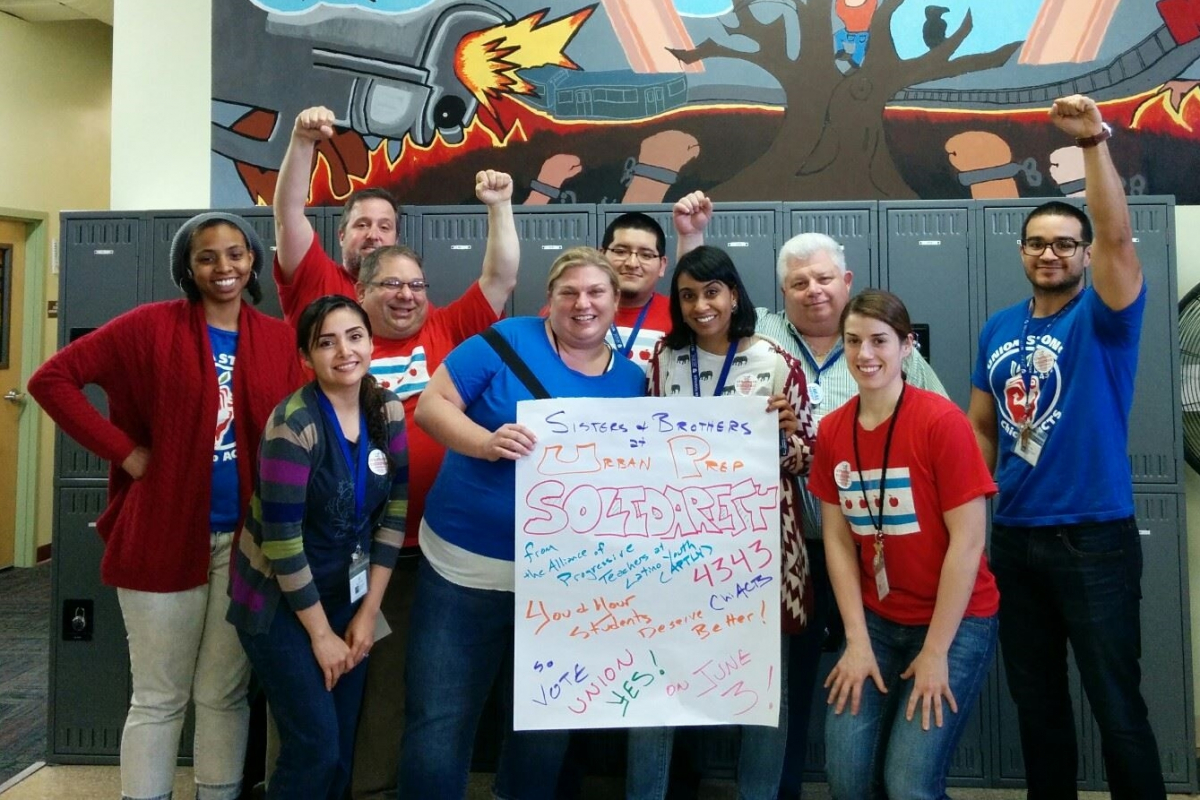 The National Labor Relations Board’s new election rule—aimed at reining in employers’ power to stall union drives—went into effect April 14. Organizers say the rule has immediately shortened the wait between filing a representation petition and voting.

Bill Zoda, for one, is impressed. Per diem nurses at Brooke Glen Behavioral Hospital filed on May 20 to join the Pennsylvania Association of Staff Nurses and Allied Professionals. Ballots hit the mail June 9.

In the past, “you don’t get an election that fast,” said Zoda, an organizer with PASNAP. “In a week we had a hearing.”

In theory, elections can now happen as fast as two weeks from filing.

In practice, so far under the new rule, the median wait between petition and election is 24 days, according to an analysis covering April 14-June 5 by the National Law Review. Compare that to 38 days in 2014.

TIME IS OF THE ESSENCE

Unions often wait to file an election petition until they have the signatures of at least 60 percent of workers in the unit. But this support can wilt under boss pressure.

In a typical campaign, the employer forces workers to attend weekly meetings and supervisor one-on-ones—all on company time—to hear arguments against forming a union.

Often leaders are fired. Though retaliatory firings are illegal, winning jobs back in court can take years.

“Delay hurts,” says Kate Bronfenbrenner of the Cornell School of Industrial and Labor Relations, “because they can fire one more worker, or engage in five more captive-audience meetings or three more supervisor one-on-ones per person.”

Because of these aggressive tactics, there are far fewer NLRB elections today than in the past. (Unions generally don’t file for elections unless they expect to win.) The board held 1,407 elections in its 2014 fiscal year—down from over 7,000 a year throughout the 1970s.

WHAT THE RULE DOES

The new rule eliminates a number of the steps employers loved using to slow things down.

It gets rid of the mandatory 25-day waiting period between a Regional Director’s decision on who’s eligible to vote (after a pre-election hearing) and the election itself.

Now, whenever a representation petition is filed with signatures from at least 30 percent of the unit, the board will automatically schedule a hearing eight days later.

The employer is required to file a “Statement of Position” by noon of the day before the hearing, laying out any challenges to the union’s petition—like which job titles should be included. Issues not raised in this statement cannot be brought up at the hearing.

Management must also provide a list of prospective voters by this same date, along with job classifications, shifts, and work locations.

Zoda says the board took these deadlines seriously at Brooke Glen. The hospital chain’s lawyers tried to postpone the hearing, but the union and board refused.

“They didn’t fill out the position statement in time. Then they tried to raise objections during the hearing—but the hearing officer overruled them.”

The rule also allows the board to postpone until after the election any challenges that affect less than 20 percent of the unit.

Under the old rules, these questions had to be decided before an election was scheduled—a process employers often used to drag their feet. In response, unions had to make the tough calculation of whether to hold out on such questions or give in just to get to an election faster.

“That was the biggest relief for me—that we didn’t get tied up in the courts like before,” said Leah Raffanti, an organizer with the Chicago Alliance of Charter Teachers and Staff.

She helped teachers and support staff at Urban Prep Academies, who voted 56-36 on June 5 to join Chicago ACTS. (The results are still awaiting certification from the NLRB.)

“Before, we would have to convince the workers to hang in there while we settled these issues,” Raffanti said, “but now we can get ready for contract negotiations, which is more exciting.”

In Utica, New York, 700 dietary aides, housekeepers, certified nursing assistants, secretaries, and other non-professional staff at Faxton St. Luke’s Healthcare voted to unionize on May 28 with the Communications Workers (CWA).

Some of the same workers had been involved in previous organizing efforts there—including an election they lost, after the employer dragged out the process for months by appealing the unit.

Some organizing committee members “had felt so beaten down by that first campaign and how long it took,” said Anne Luck, organizing coordinator for CWA District 1, “but it helped knowing that there was a different process here…

“We had one committee member who, when she heard about the timeline, got teary—because it was finally going to happen, after decades of trying to form the union.”

Another important change: a pending unfair labor practice charge will no longer automatically prevent a vote. When a union files the ULP, it must specify that it wants the election blocked.

Employers now have to provide the list of voters, known as the Excelsior list, within two days after the board issues the notice of election. Besides the traditional names and addresses, the list will now also include personal email addresses, and cell and home phone numbers, if the employer has them.

Organizers interviewed for this article said they received relatively few emails, and many were outdated—but the phone numbers were useful.

The board first passed similar rule changes in 2011, only to see them overturned when the D.C. Circuit Court of Appeals found that the board (then only three members) lacked a quorum.

Employers are furious, of course. They say the new rule promotes “ambush” elections.

A coalition including the Chamber of Commerce, National Association of Manufacturers, and National Retail Federation has filed a lawsuit in the D.C. Circuit, calling the rule an overreach of board authority and contending that it violates bosses’ rights to free speech.

The rule has already survived a similar suit—dismissed by a Texas federal judge on June 1—and an effort by Congressional Republicans to overturn it. The Texas ruling is being appealed.

Meanwhile, organizers expect employers will start adjusting their tactics to the new procedures.

“Management consultants have been licking their lips, because they can go out and say, ‘Aha! You need us!’” said Bronfenbrenner. “They’re going to be telling them to do more meetings, to be more aggressive.”

She emphasized that the rule doesn’t touch the absurdly weak penalties for unfair labor practices. In previous research, she and Columbia professor Dorian Warren found that nearly a third of ULPs are committed more than 30 days before a petition is even filed. Shortening the time to elections does nothing to stop those violations.

Carlos Fernandez, another Chicago charter school organizer, speculates that employers might also take advantage of the right to file challenges within 14 days after the election.

The rule’s future depends on the composition of the board and who’s in the White House. A more pro-employer board could overturn it.

For the time being, though, the election process is “very smooth, very quick, and very efficient,” says George Waksmunski, a field organizer with the United Electrical Workers.

Renzenberger drivers in Mansfield, Ohio—who provide short- and long-distance transportation for railroad workers—voted 7-1 on May 15 to join the UE.

“This election was faster than I’ve ever seen,” Waksmunski said, “about 30 days from the day we petitioned to the day we voted.”

Luck, of the CWA, is telling other organizers: when you file, make sure you’re prepared.

“You really don’t eat or sleep or do anything else for three weeks,” she said. “You really have to have all your ducks in a row. But it gives workers the best shot in the world to have a union.”

Related
How to Win NLRB Cases against Union-Busters »
Ten Years Ago, Chicago Teachers Gave Us All a Jolt of Hope »
Video Game and Tech Workers ‘Drop the U-Word’ »
Viewpoint: The NLRB is Underfunded and Understaffed—And That’s a Big Threat to the Current Organizing Wave »
How Starbucks Workers Won in Mesa »