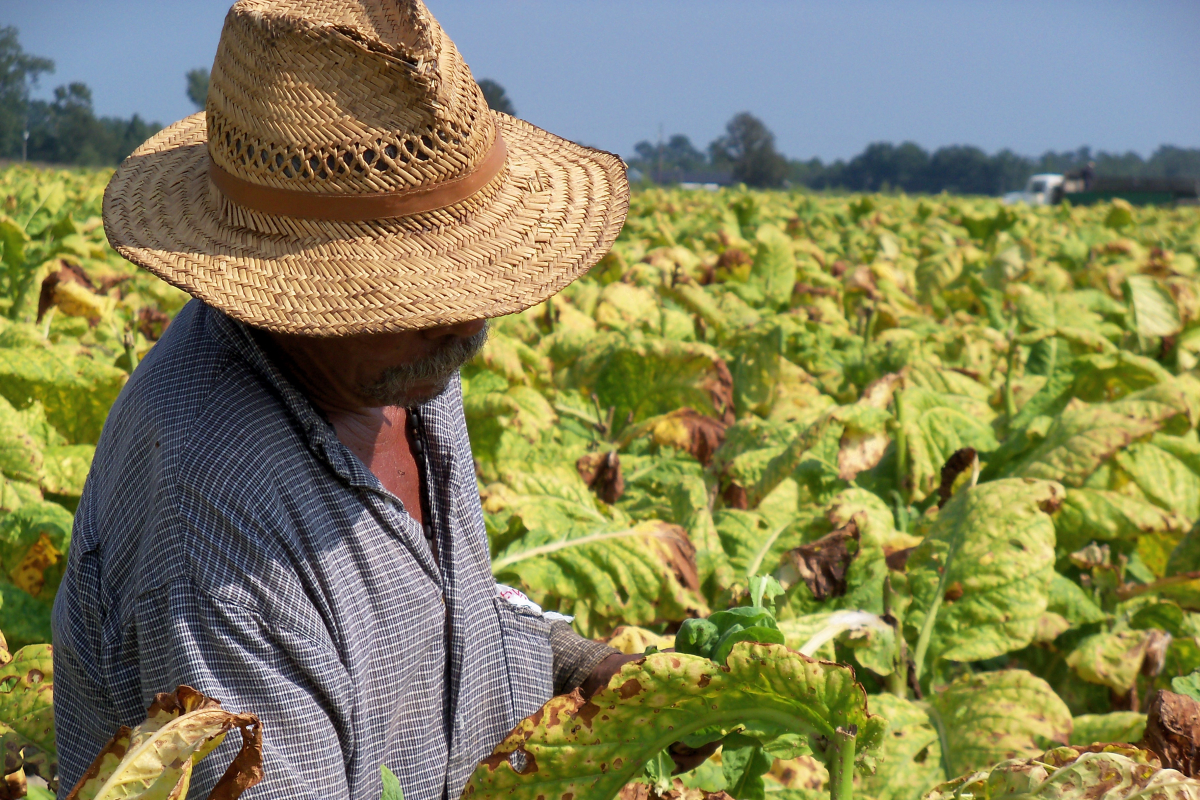 My life as a farmworker began when I was nine years old, working alongside my parents harvesting cucumbers, tomatoes, cherries, and strawberries.

This summer, my heart is leading me back to the Farm Labor Organizing Committee (FLOC) to be part of the largest farmworker organizing drive since Cesar Chavez.

I come from a family of 14 brothers and sisters, all of whom worked in the fields in their childhoods. We worked because there was no childcare in the labor camp where we lived, and because all our hands were needed to earn enough to support the family.

I remember feeling that there was no end to the work. The crops seasons would come and go, but there would always be another season and more work to do. I looked forward to school, because it meant I didn’t have to work in the field that day.

‘THE UNION IS US’

When my family moved to our first union camp in Ohio, I noticed immediately that there was more respect between the workers and the grower, more communication with the grower and support from the union when necessary, and in general, better wages and working conditions.

My mother talked a lot about FLOC. She encouraged all of us to go to the meetings and vote at the conventions. “This is our union,” she would say, “The union is us.”

Farmworkers are not covered by most labor laws in this country, but FLOC has found creative ways to organize and win collective bargaining agreements through supply chain organizing. It was the first union to implement three-party union contracts, which include the workers, growers, and the large agricultural manufacturers who buy their products.

While traditional unions only bargain with direct employers, FLOC saw that bringing in the manufacturers was key. These manufacturers control the entire supply chain by establishing pricing and the terms that growers must comply with. They have enormous power, while both growers and farmworkers are marginalized, fighting over the crumbs.

FLOC represents 10,000 farmworkers throughout the Midwest and South. Some come to the U.S. with an H-2A visa, a temporary agriculture work permit. Others are undocumented.

When I was 15 I signed my own union card and officially became a member. A few years later, I visited other Ohio labor camps with the union—and was outraged and dismayed by the conditions. Families were living in far worse conditions than my own. Most were living in fear of speaking out about workplace abuses. I felt a mix of sadness, anger, and a desire for revenge against those who controlled this system.

I joined FLOC staff when I was 21. As I grew as an organizer, my longing for revenge was replaced by a commitment to create a community based on fairness, and a passion for motivating others to break free from their complicit attitudes. I organized my compañeros throughout Ohio, and in 1999 was part of the first team of FLOC organizers to break ground in North Carolina.

There we confronted strong anti-union sentiment; deep-rooted Southern racism against immigrants, particularly the undocumented; a Latino community that lived mainly in the shadows; and hundreds of miles of farmland, where labor camps were often hidden behind fields and down long, winding roads.

There are nearly 30,000 tobacco farmworkers in North Carolina, about 7,000 of them covered by FLOC contracts. This summer, a team of 30 organizers will be on the ground with the goal of signing up 5,000 new union members.

The “Respect, Recognition, Raise!” campaign, born at our 2013 Constitutional Convention, is part of the broader Reynolds campaign that members have been fighting since 2007.

Reynolds American, the largest tobacco manufacturer in North Carolina and the second-largest in the country, controls an enormously profitable supply chain built on the cheap labor of migrant farmworkers, many of whom are undocumented. If Reynolds paid growers a higher price for their tobacco, growers could pay workers a higher wage and to improve housing conditions.

For the first five years of the campaign, Reynolds refused to meet with FLOC. After years of pressure and well-documented stories of human rights violations—subminimum wages, dangerous working conditions, child labor, and inadequate housing—Reynolds finally sat down with us in 2012.

But two years into our “talks,” members are frustrated by the lack of results. That’s why they’re demanding that the company recognize our right to freedom of association and collective bargaining.

FREEDOM TO SPEAK UP

The only thing that will eradicate the abuses in the fields is for farmworkers to come together under common demands and negotiate with their employer. We’ve been asking for this since we started meeting with Reynolds, but haven’t seen a concrete plan from the company to ensure these rights are protected.

Instead Reynolds has implemented cosmetic solutions, such as increasing training for workers and growers, and shelling out money to other organizations for housing projects.

I’ve seen firsthand, in Ohio, the difference that a union and a grievance mechanism can make. It’s the difference between workers being too afraid to talk about problems, and being able to confidently speak up. Right now, no North Carolina state or federal law protects a group of farmworkers who were fired for approaching their boss to negotiate better wages or working conditions.

Reynolds claims it respects the right to freedom of association. We’ll be carefully monitoring the farms where we sign up new members to make sure that no retaliation occurs—and that, if it does, Reynolds takes action to protect those workers. If the company refuses to act, we have an army of faith leaders, union brothers and sisters, and students ready for public actions, media alerts, and whatever else it might take.

By the end of the summer, with thousands of new members, we’ll have more power to negotiate our terms of employment. That means more power to press Reynolds and other tobacco giants to take concrete steps to guarantee basic labor rights in their supply chains. We are a powerful example that, despite a politically challenging and anti-union climate, it’s possible to organize in the South.

We don’t know exactly what steps lie ahead. We’re in uncharted territory. But we do know we have more time, support, and willpower than any multibillion-dollar company. And we haven’t lost a campaign yet.

David Flores, an organizer with OPEIU, is working on the “Respect, Recognition, Raise!” campaign this summer with FLOC.