Machinists Reformers Get Third of Vote in First Try 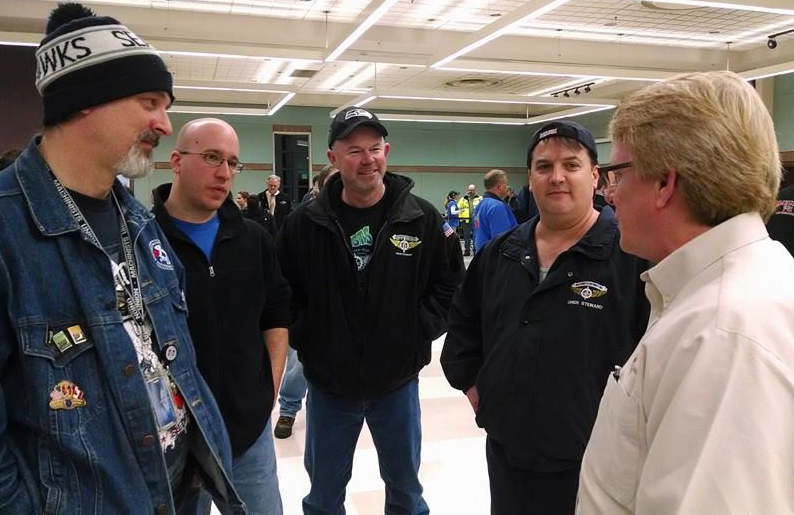 “I look at the results of this most recent election and say we are just beginning,” said Machinists member Shannon Ryker. The opposition IAM Reform slate Ryker backed took a third of the vote in the election for international officers that rolled across the U.S. and Canada in April.

Ryker is no stranger to bucking IAM International officials. She was behind the “Rosie's Machinists 751” Facebook page that rallied Boeing workers against an alarming mid-contract deal crammed through by the international in the early days of January. Defeated initially, the deal passed narrowly in a forced revote, with Boeing threatening to move work out of state. Two-tier pensions were just one bad result.

That experience coincided with an order from the Department of Labor requiring the Machinists to hold a contested election for top officers for the first time in many years. The vote was ordered after members protested violations in the union’s 2013 uncontested election.

IAM Reform, headed by the union’s former transportation coordinator, Jay Cronk, challenged the incumbents. Eight days after he announced his candidacy, Cronk was fired, though he had 20 years at the international.

The slate’s platform focused initially on issues of internal functioning, such as an expensive Lear jet, nepotism, and a candidate for vice president who has never been a member of the IAM. But the showdown over concessions at Boeing, one of the union’s largest units, turned the campaign into a broader opposition to concessionary contracts.

In the vote for president, incumbent Thomas Buffenbarger prevailed over Cronk 23,545 to 11,163, and the results for the rest of the reform slate followed this pattern. More than 900 local lodges participated in the election, but overall turnout was only 10 percent of the membership. Votes were carried out on April local meeting days.

IAM Reform carried about 100 locals, with a margin of 3 to 1 in many cases. Vice presidential candidate Jason Redrup, who works at Boeing, noted that the slate ran particularly strong in aerospace and airline locals. IAM represents workers at Southwest, United, and US Airways, among others.

In a statement to supporters as the election ended, Cronk said, “The single most important goal was the establishment of a democratic movement and process through which we, as members, can and will hold our leadership accountable going forward.

“Forcing the first, and only, contested election for International President in over 110 years clearly demonstrates that we achieved that goal. By doing so every IAM member won, and for that every IAM member should be proud!”

While the reform movement does not expect the results to be overturned, a challenge will be filed with the Department of Labor based on reports that incumbents threatened local leaders that they’d lose their jobs, or their local lodges would be put in trusteeship, if they didn’t campaign for Buffenbarger and his slate. Reformers also charge that anomalies in the voting bring thousands of the incumbents’ votes into question, and that the incumbents used illegal campaign funds. All around the country staffers were mobilized and visible at many election sites, and in at least one case, in a threatening manner to the candidate at the polling site.

The overall election turnout of 10 percent was low, but many locals failed even to reach that level. The short time allowed for campaigning, basically January through March, and the incumbents’ efforts to downplay the contest played a role in the turnout.

But Redrup said, “Most members felt a disconnect between the election over who would run the union and their day-to-day lives and the contracts they live under.” Where that was not the case, Boeing being a prime example, the reform slate won overwhelmingly.

Ryker said, “I believe the steps we take in the next year as we continue to gather reform support nationally and internationally will ultimately lead us towards a healthier, stronger IAM.”

The challenge for the reform movement will be to overcome the demoralization created at work sites like Boeing, where sentiments like this are being expressed on Facebook: “The only true reform we are ever going to get in the Pacific Northwest is if we all defect and call in the Teamsters.”

But another Facebook poster was more positive, saying the reform movement would be “Building on this foundation…[to] come back in a year and a half to hit even harder the next election.” The next election will be in 2017.

Jon Flanders is a retired railroad machinist and past president of IAM Local Lodge 1145, which represents Machinists at CSX in upstate New York.

Related
Engines Out and Pickets Up to Stop Health Plan Downgrade by Cummins »
Maine Shipbuilders Bring the Hammer Down, Reject Concessions »
The Better Burn Barrel from the Boeing Strike Lives On »
Viewpoint: The Boeing Vote Was Not a Referendum on Organizing the South »
Interview, Part 2: Labor's New Sources of Leverage »