Tools and Tactics to Win Online 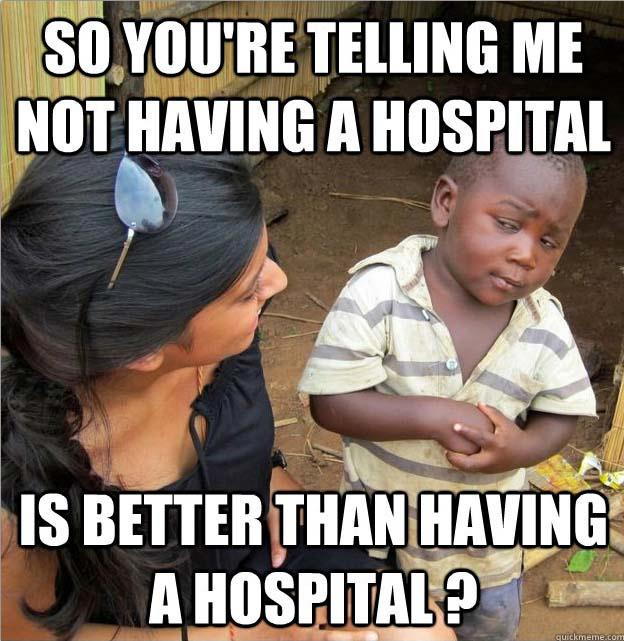 The New York State Nurses Association used this image on Facebook as part of their campaign to save Long Island College Hospital in Brooklyn.

Is your local missing out on firepower to help win your campaigns? Although there’s no substitute for face-to-face organizing, cellphone and online tactics can help you spread information fast, get people to take action, embarrass your target through bad publicity, and get more media attention.

A May 29 webinar on these tactics was attended by 400 unionists and other organizers. Here are some highlights.

Occupy groups, the California Nurses Association, AFSCME in Michigan, the immigrant rights movement, youth organizing groups, the NAACP, and many others use texting to:

For example, during a nurses union campaign to keep Long Island College Hospital open, rally attendees were asked to opt in by texting “LICH” to a certain phone number. Later the union could instantly reach these people with texts such as: “BREAKING: City Council to vote on resolution in support of LICH! Join us at 9 a.m. on steps of City Hall!”

When participants text to the union account, their cell numbers and names are captured automatically. They can be asked to enter their emails too. You can then download these data directly into your membership database.

Tier 1: Free texting to small groups. Use Google Voice for up to 10 at once, or Celly to reach hundreds—but it’s less personal, mainly for one-way communication. Celly was used extensively by Occupy Wall Street. These tools are available to anyone who has texting on their phone.

Tier 2: This is where most locals will fall: $25/month includes one keyword (the word that people text responses to), plus you pay 3 to 5 cents per message, both outgoing and responses. Two companies are CallFire and EZTexting.

Tier 3: $1,000+ per month, large volume (40,000 texts per month), high functionality. For example, the member gets a text asking her to call a target about an issue. When she makes the call, she gets routed to the correct elected official, based on a match-up of the zipcode she enters. Providers are Revolution Messaging and Mobile Commons.

Twitter is a great way to reach a wider spectrum of allies. While 67 percent of Internet users use Facebook, only 16 percent used Twitter as of the end of last year—but it was the fastest growing social media platform.

A quarter of African Americans who use the Internet are now on Twitter, along with a high number of 18-29-year-old urban residents, who use it to communicate with friends. Bloggers and pundits who influence others online use it. Increasingly, so do online and print journalists. Information and conversations are updated in real time.

Unlike Facebook with its emphasis on friend networks, Twitter informs users on topics they’re interested in. They can “follow” particular hashtags to find out what’s current on specific campaigns. Examples: #1u for labor, #ForwardOnClimate, #RobinHoodTax, #WalmartStrikers, #FastFoodForward.

To experiment with this, go to twitter.com and enter an #example in the search field to see what comes up. You can also search for a person or organization, and see which hashtags they’re using. @McDonalds, for example, uses #BigMac for one of its campaigns.

Thunderclap is a free web tool that enables your members and allies to synchronize their tweets and Facebook posts. UNITE HERE used this in its Hyatt Hurts campaign to demand rights for housekeepers.

Thousands of tweets critical of Hyatt went out simultaneously, “trending” in multiple cities across the country—with the result that many people checking Twitter that day could see those messages. (“Trending” means a topic, usually a hashtag, is listed in the “Trends” box on the left side of a Twitter page. Everyone who checks their page can see the trends.)

To buy this level of visibility would have cost hundreds of thousands of dollars. You can imagine Hyatt was not happy to know thousands of people were now aware of the campaign.

A “Twitter bomb” is when you intentionally subvert the opposition’s message—similar to a photobomb, where you add something so that the original message becomes ironic, funny, or ineffective. For example, #ExposePP started out as a conservative campaign against Planned Parenthood, but was subverted into a promotional campaign for Planned Parenthood.

You can organize a Twitter bomb using ThunderClap.It. Coordination among allies with large Twitter followings is key to making an impact.

A petition can build your email list of supporters while pressuring your target. There are thousands of small, successful examples.

A higher-profile one is Color of Change’s campaign to get Donald Trump’s advertisers to quit underwriting his Celebrity Apprentice website—part of a larger campaign to hold Trump accountable for his offensive political comments. Groupon cancelled its ad contract.

From a labor perspective, Coworker.org is an interesting petition site. Like other sites, it allows an organization (say, a local) that starts a petition to keep email addresses of those who sign it. But Coworker.org’s forte is the legal and campaign support it provides to non-union workers seeking changes. SumOfUs.org targets corporations specifically.

Corporations are sensitive to social media. You can scare them by getting in the way of their marketing.

Get creative: which sites and social media channels matter to your target? A supermarket/retail workers organizing campaign (with the Retail Union RWDSU and New York Communities for Change) is using Yelp, a retail review site for customers. Supporters post negative reviews there.

Even if you are asking supporters to call your target on the phone, you can use social media to spread the message. Remember the photo of the cop pepper-spraying UC Davis students as they peacefully protested tuition hikes? Someone added the cop’s phone number and the picture circulated widely on Facebook.

Photos are the most effective medium on Facebook and other social media. People are more likely to re-share a photo than plain text or a link. So slap that phone number onto a picture!

One more idea is to use a targeted Facebook campaign: paying $5 to $50 to promote a particular post (click “boost”). You can target your message to people who meet certain characteristics in just one zip code, or choose those you think are likely to act, or the audience you know your target cares about.

Last year, Asher Huey of the Teachers (AFT) got tired of Pepsi’s refusal to stop advertising on Trump’s show. He targeted the 5,000 people who listed Pepsi as their employer within 25 miles of Pepsi headquarters in New York. Facebook ads, criticizing Pepsi for not responding, ran for a week.

By the end of the week, Pepsi said it would revisit the policy (though it has yet to cancel its contract). The campaign cost $33. That bought 100,000 opportunities for the 5,000 people to see the ads, and a very high percentage of clicks.

There are several kinds of Facebook groups. You might use an open group for general conversation among members, and a secret group to discuss contract negotiations (to be sure the boss isn’t reading along). Secret groups don’t turn up in a Facebook search, and members must be invited.

Get people into the habit of checking and interacting with your local’s Facebook page. Plumbers & Pipefitters Local 179 generated more activity and “likes” after it started posting family photos and retirement announcements.

If you’re organizing a large event, a Facebook event page allows people to RSVP and make it a more public, social thing.

A company called ActionSprout can enable you to collect the email addresses of people who like your Facebook page, something that is otherwise quite challenging.

These tools—and nine more—are covered in more detail in our webinar. View it for $40 at www.socialmovementtechnologies.org/training, where you can also sign up for updates on the support we provide for organizing.

Hannah Roditi is executive director of Social Movement Technologies and a former union organizer. Yoni Miller is a staff partner at SMT and frequent movement tweeter.

A version of this article appeared in Labor Notes #412, July 2013. Don't miss an issue, subscribe today.
Related
Management Rights: A Pitfall When Negotiating Your First Contract »
Employers' Productivity Standards Are Not Real Science. Here's How to Push Back »
The Sign Says It All: How Unions Can Stop Employers from Crying Poor »
Steward's Corner: Sustaining the Organizing Surge »
Steward's Corner: Using Pressure to Settle Grievances »

Nice summary. Note also that the British Columbia Federation of Labour has free `bootcamps`on related topics regularly (some old ones still online) and their Organizing Director Jason Mann has a couple of books out on the subject. As does Alex White (Australian union comms guru).