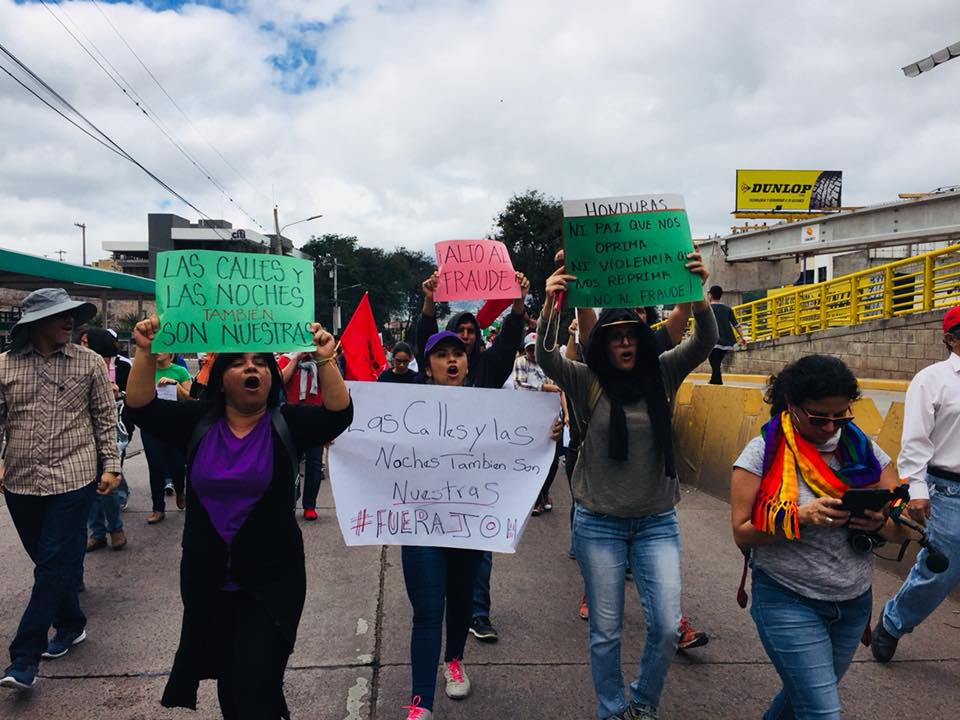 Hondurans went to the polls November 26 to elect a president, national congress, and local authorities. The elections tested the strength of the neoliberal regime in power since June 2009, when a coup d’etat ousted President Manuel Zelaya, whose government had raised the minimum wage substantially and undermined the interests of the traditional oligarchy. Labor groups were an important part of the resistance to the coup, and they have suffered retaliation accordingly, teachers in particular.

The presidential election pitted incumbent Juan Orlando Hernández, in office since 2013, against challenger Salvador Nasralla, the candidate of a center-left coalition that includes Libre, the party founded by Zelaya and organizations opposed to the coup.

Tomás Membreño, president of the STAS, the Union of Agricultural and Related Workers, in Honduras, will be speaking at the 2018 Labor Notes Conference. Register today!

The first official election results, announced in the early morning hours of November 27, showed Nasralla leading by about 5 percent with more than half the returns counted.

Many Hondurans rejected the delayed official results and took to the streets in protest. Popular movements had predicted that Hernández would find a way to win no matter the actual result. He had already managed to supersede the constitutional prohibition on running for reelection—the same prohibition cited as the reason for the 2009 coup—and his ruling party controls government institutions, including the election commission.

In response to the protests, elements of the police and military reacted with U.S.-made tear gas or other “less lethal” munitions, as well as live fire, killing a reported 12 protesters in one week. A presidential decree declared a state of siege, imposing a curfew from 6 p.m. to 6 a.m.

The regime’s violence—a hallmark of post-coup governance in Honduras—was surprisingly weakened when certain units of the police stood down and declared themselves unwilling to continue repressing fellow Hondurans.

At the time of this writing, government election authorities still have not declared an official winner, and the election outcome still hangs in the balance—as do the rights and safety of Honduran activists. Both Honduran groups and international observers are calling for a credible, verified vote count.

Statement by the Honduran Network of Unionists Against Anti-Union Violence

The Network of Unionists against Anti-Union Violence, an organization in defense of life composed of union members and labor activists in Honduras, states the following to the national and international community:

“They can cut down all the flowers, but they can never stop spring.”