From the Archives: Mass Action Backs Up Stewards on Grievances 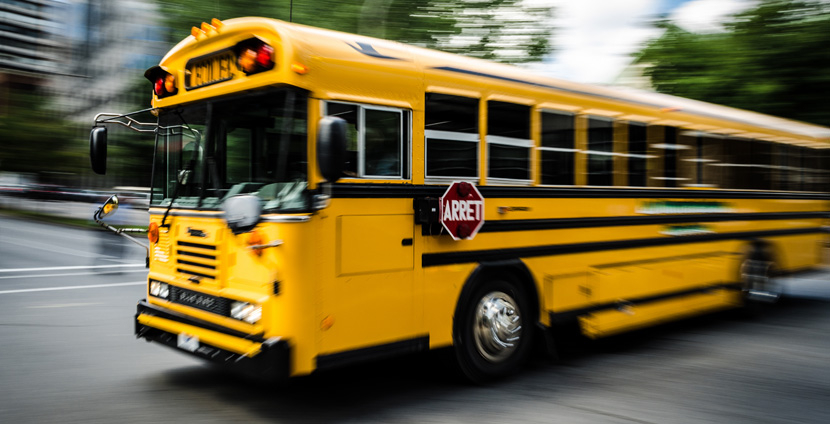 Direct action as a method of resolving grievances needs to receive more consideration as one way to help “put the movement back into the labor movement.” Photo: Flickr user Tiomax80, CC BY 2.0, cropped from original.

(Editor's Note: A version of this article first appeared in Labor Notes #67, August 1984.)

Our local keeps the company on the defense by fighting many grievances with direct action, membership involvement, group stewarding, and an uncompromising demand for respect.

Steelworkers Local 8751 represents 550 school bus drivers working for a large conglomerate (ARA Services) under contract with the City of Boston. Our workforce is divided between three geographically separate yards and our contract calls for one working steward per 25 drivers.

Our first important grievance was over unpaid Christmas bonuses. Company/union meetings went nowhere and a rank and file $25 Bonus Committee was formed to come up with a strategy.

A meeting between the company and union officers was set at a conference room that the union knew had a connecting door to a public cafeteria. Meanwhile, drivers were invited to a “$25 Breakfast” at the cafeteria without the company’s knowledge.

When the company showed up for the 10:30 a.m. meeting, the large room was filled with coffee-drinking drivers having a relaxing breakfast after their morning runs. A couple of hours worth of company backsliding and driver speakouts later, the coffee was still flowing although the time for the afternoon school pickups was close at hand. The company folded.

We have continued to find that relying on paperwork and argumentation to win grievances does not do the trick. For one thing, written grievances have often simply not been enough to stem the pile-up of driver complaints and problems. In addition, having working stewards means we have a hard time staying on top of the paperwork when the company gets uncooperative.

Even when written grievances are effective, they can tend to breed passivity by removing the members from an active role in the process.

ARA has presented the union with a revolving door of general managers, each determined to prove their control. One effective tactic when grievances pile up is the “open meeting with the general manager.” Naturally, the company is usually not in favor of such meetings and the union has to be very creative in making them happen.

Sometimes we show up for an after-work company/union meeting with dozens of rank and file drivers. Sometimes we send an uninvited delegation to the central office to bring the general manager to an assemblage of angry drivers. Management generally has a hard time ignoring a large group of drivers when presented with them in the flesh, although they can easily ignore them when tucked away comfortably in their office cubbyholes. During the meetings the drivers get a genuine sense of empowerment by speaking their piece directly to the boss with the support of their fellow workers.

Once we wrote an open letter to the general manager detailing the violations the drivers wanted corrected. A copy was sent to every driver, company headquarters in Philadelphia, the media, and a number of city and school officials, as well as the schoolchildren’s parents. For safekeeping we even made up some informational picket signs. When the open meeting finally occurred, the general manager quickly conceded to most of our complaints.

On a daily basis, of course, such actions are not possible because of the tremendous amount of organizing necessary to pull them off. To keep up the pressure we try to have our stewards meet with management in groups, trying to offset by numbers the enormous advantage of power and resources the company has.

Running a union this way is far from easy. Like everyone else we face discouragement, apathy, infighting, and various forms of inefficiency. But direct action as a method of resolving grievances needs to receive more consideration as one way to help “put the movement back into the labor movement.”

Throughout 2019, for its 40th anniversary year, Labor Notes is running a selection of articles from its archive. At the time this article was written, Gene Bruskin was a steward in Steelworkers Local 8751. For more tips for stewards, check out our book The Steward’s Toolbox at labornotes.org/store.