How to Jump-Start Your Union 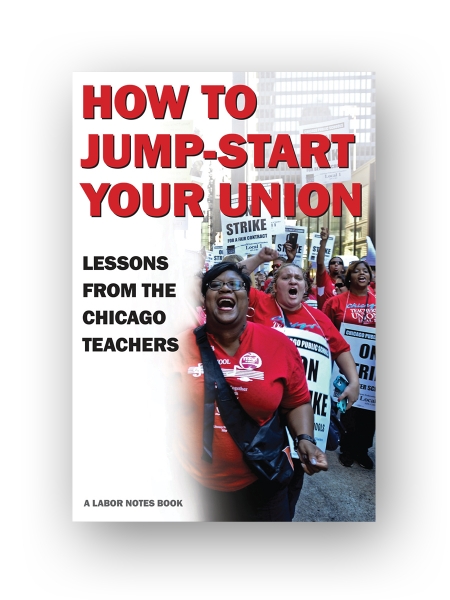 Get a sneak peek at how the Chicago teachers prepared for a strike. Read an excerpt from Chapter 8 - Contract Campaign.

Come to a Training

Labor Notes offers workshops based on How to Jump-Start Your Union. Check out events coming to your area, or contact us to plan a training for your local.

Interested in buying How to Jump-Start Your Union for your whole study group or steward training conference? Big discounts are available. Learn more.

“How to Jump-Start Your Union should be a beacon to all rank-and-file members on how to bring democracy to their locals. It’s a toolkit that shows how good old-fashioned hard work and faith in the membership can empower every frontline worker.”
—KAREN LEWIS, former President, Chicago Teachers Union

“Labor Notes has done it again! Every unionist should read this book that chronicles how the new leaders of the Chicago Teachers Union organized their members, built strong support with the community, and waged a strike against formidable adversaries. But this book is more—it’s a manual on how all unions can revamp to win justice, with lessons that every union can apply to their own situation.”
—STEVEN ASHBY, Professor of Labor Relations University of Illinois at Urbana-Champaign

“This play-by-play account of one of the most successful strikes in modern U.S. history documents what it takes to level the playing field against corporate masters and politicians. The lessons put forth by Labor Notes should serve as ‘common core standards’ for unionists who seek to re-energize their own organizations.”
—ED SADLOWSKI, JR., Milwaukee Teachers Education Association, Wisconsin

“The power of public sector unionism stems from our ability to be the voice that advocates directly both for democracy and for the consumers of services. In this book we learn how grassroots organizers used this singular role to revolutionize their own union.”
—HETTY ROSENSTEIN, New Jersey State Director, Communications Workers